In order to test the quality and consistency of a keyboard, we are using a texture analyser that is programmed to measure and display the actuation force of the standard keyboard keys. By measuring the actuation force of every key, the quality and consistency of the keyboard can be quantified. It can also reveal design issues, such as the larger keys being far softer to press than the main keys of the keyboard. The actuation force is measured in Centinewton (cN). Some companies use another figure, gram-force (gf). The conversion formula is 1 cN = 1.02 gf (i.e. they are about the same). A high-quality keyboard should be as consistent as possible, with an average actuation force as near to the manufacturer's specs as possible and a disparity of less than ±10%. Greater differences are likely to be perceptible by users. It is worth noting that there is typically variance among keyboards, although most keyboard companies will try and maintain consistency - as with other reviews, we're testing our sample only.

The machine we use for our testing is accurate enough to provide readings with a resolution of 0.1 cN. For wider keys (e.g. Enter, Space Bar, etc.), the measurement is taking place at the center of the key, right above the switch. Note that large keys generally have a lower actuation force even if the actuation point is at the dead center of the key. This is natural, as the size and weight of the keycap reduce the required actuation force. For this reason, we do display the force required to actuate every key but we only use the results of the typically sized keys for our consistency calculations. Still, very low figures on medium-sized keys, such as the Shift and Enter keys reveal design issues and can easily be perceptible by the user.

We tested the Mountain Everest Max fully assembled as if we were testing a normal full-size mechanical keyboard. Since the keyboard is using Cherry’s original MX Red switches, the outcome of this testing was unsurprisingly predetermined – Cherry is known for their strict quality control and we consistently receive the same great performance results from testing keyboards using their switches.

The force disparity is below ±3%, reflecting the exceptional quality control we are used to receiving from keyboards with original Cherry MX switches. The average force at the actuation point (not the maximum pressure point) is at 43.6 cN, nearly perfect for a Cherry MX Red switch.

I always try to use every keyboard that we review as my personal keyboard for at least a week. My typical weekly usage includes a lot of typing (about 100-150 pages), a few hours of gaming and some casual usage, such as internet browsing and messaging. I personally prefer Cherry MX Brown or similar (tactile) switches for such tasks, yet I do not find linear switches like the Cherry MX Red to be uncomfortable either. The lack of both tactile and audible actuation feedback may not be ideal for professional use but the Cherry MX Red switches of the Mountain Everest Max were very comfortable for long-term use. Despite its full-size keyboard shape, using the Everest Max did require a short learning curve, as the gap between the arrow/command keys and the rest of the keyboard is slightly narrower than that of a typical keyboard.

Gamers will be the ones to fully appreciate the layout and features of the Everest Max. The Cherry MX Red switches are very comfortable for long gaming sessions and the snappy modularity of the keyboard allows for the seamless removal of the Numpad every time more desk space is required for the mouse.  Online gamers and streamers will appreciate the extra display keys, while advanced gamers will enjoy the flexibility of the Basecamp software. The only negative aspect that we found irritating was that we had to select the volume submenu on the display dial every time we needed to adjust the volume, as the display keeps resetting back to its main menu after a few seconds. We suspect that the company will soon remedy that with a firmware/software update.

Mountain is making a huge statement with the release of the Everest as their first keyboard, yet they are also taking a huge risk by reaching for the top with their very first attempt. Most newly founded companies, or even companies that attempt to diversify, usually try and take a piece from the largest segment of the relevant market, and only after that work their way up. Mountain took the entirely opposite approach with the release of the Everest Max, as the keyboard is aimed entirely towards hardcore enthusiasts that pay little attention to price tags, and who are the smallest segment of the peripherals market. 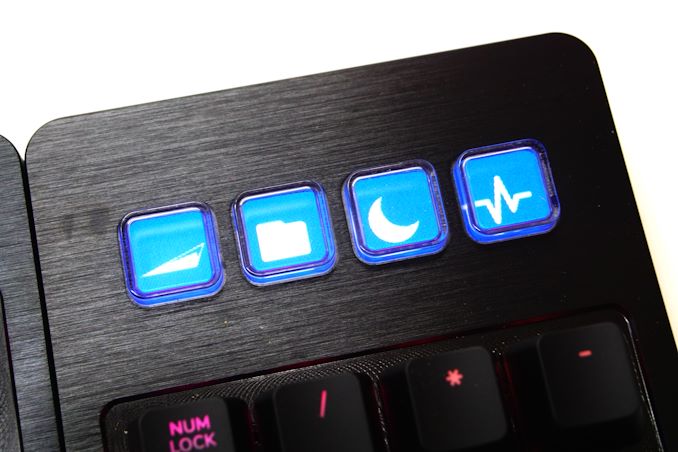 Undoubtedly, the company’s engineers placed a lot of effort into the design, materials, and manufacturing of the Everest Max. It is one of the most well-made keyboards that has ever found its way into our labs, with a flawless finish and very durable construction. Despite its modular design, the keyboard is exceptionally sturdy when fully assembled. We also have to take into account that this is the first keyboard we have tested that features original Cherry MX switches which can be removed/exchanged by the user. This makes the Everest Max practically unbreakable, as users can easily swap switches that may go bad from mistreatment and/or overuse. Our only complaint lies with the top surface of the rotating dial, which can be scratched a bit more easily than one would expect from a screen on such an expensive device.

As far as mechanical keyboards are concerned, unique features are rare nowadays, as the market is saturated with hundreds of products. None the less, Mountain managed to give the Everest Max a touch of uniqueness with the programmable display keys and the multifunctional rotating dial. The Basecamp software makes the Everest Max a very versatile keyboard, allowing users to customize its functionality and aesthetics to their every whim.

The Mountain Everest Max is a unique keyboard, unlike any other currently out in the market. However, its $199 retail price is several times that of a more basic keyboard, a fact that will definitely drive most users away. The Everest Max is a keyboard meant for the elite – users that want to have an excellent, unique keyboard unlike any other and are willing to pay a grand price tag for it. Although the $119 Core version of the Everest is nearly half the price as the Max, the Core is not really competitive as a stand-alone tenkeyless form mechanical keyboard. On the other hand, the Everest Max may be very expensive but it does have many unique features that could draw the attention of users who are seeking a well-built keyobard that is way above the norm.