Perhaps one of the most bang for buck motherboard series in recent times is back for Z690, the Tomahawk. The MSI MAG Z690 Tomahawk WIFI DDR4 includes a fairly premium feature set, but at a very reasonable price point, which puts it firmly in the mid-range of models. Looking at the aesthetics, the Tomahawk features an all-black design with matte and metallic contrasts throughout the rear panel cover, M.2 heatsinks, and the chipset heatsink for a two-toned look. Much like its Unify series, the Tomahawk drops integrated RGB LED lighting, but there's plenty of scope for users to add their own through the use of internal headers. 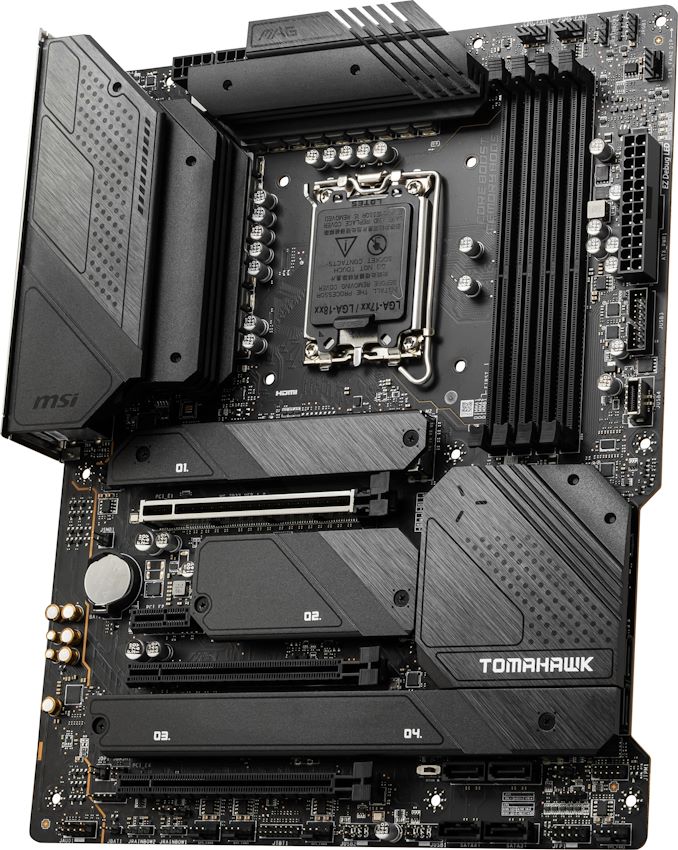