Moving onto GIGABYTE's entry-level Z690 models with support for DDR4 memory, we have three near-identical representatives from its Ultra Durable series (UD). All three GIGABYTE Z690 UD DDR4 based models feature the same black and grey aesthetic, as well as the same core feature set. The only difference between the three comes in the level of wireless CNVi it includes.

Other than the wireless networking configuration, all three GIGABYTE Z690 UD models are exactly the same. 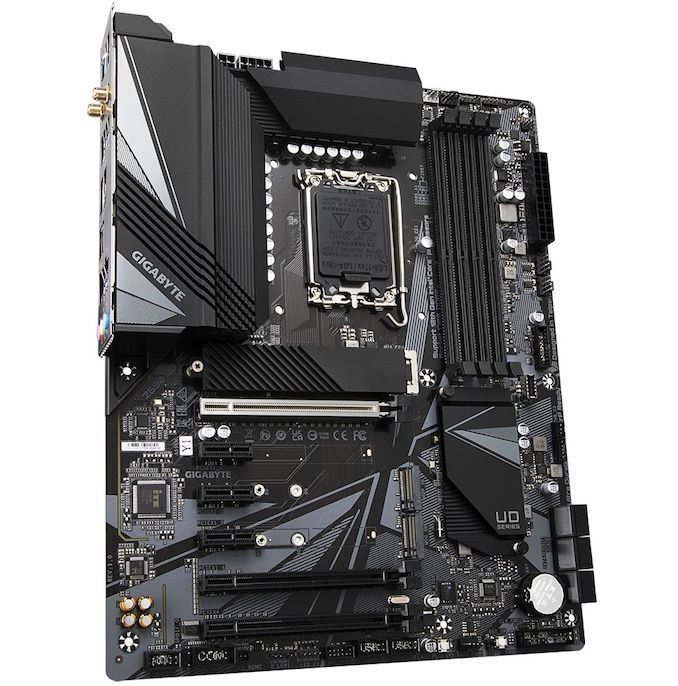 As mentioned at the top of the page, the only difference between the three UD models is the level of Wi-Fi CNVi included, although the regular Z690 UD omits any form. Across all three models are one USB 3.2 G2x2 Type-C, one USB 3.2 G2 Type-A, four USB 3.2 G1 Type-A, and four USB 2.0 ports. There are three 3.5 mm audio jacks powered by an unspecified Realtek HD audio codec, while GIGABYTE does include a DisplayPort and HDMI video output for users planning on using Intel's integrated graphics. All three models include one Realtek RTL8125 2.5 GbE controller, while a PS/2 combo port for legacy peripherals finishes off the modest rear panels.