The GIGABYTE Z690 Aorus Pro DDR4 offers a solid entry point into the Aorus series, with a more modest feature set when compared to the Z690 Aorus Master. The design is also similar, but the Z690 Aorus Pro opts for a simpler design that consists of black and silver heatsinks throughout. GIGABYTE does include a small amount of integrated RGB LED lighting that can be found built into the rear panel cover. 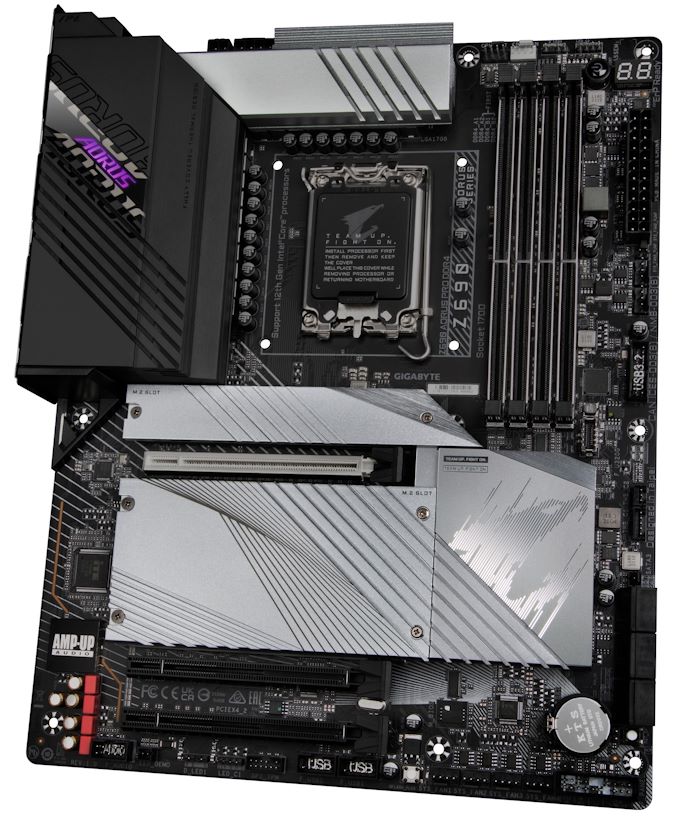 Looking at the feature set, the GIGABYTE Z690 Aorus Pro includes one full-length PCIe 5.0 x16 slot, with two full-length PCIe 3.0 x4 slots. The Pro also includes plenty of storage options, including three PCIe 4.0 x4 M.2 slots and one PCIe 3.0 x4 slot, with six SATA ports with support for RAID 0, 1, 5, and 10 arrays. In the top right-hand corner are four memory slots, with support for DDR4-5000, and a combined capacity of up to 128 GB.