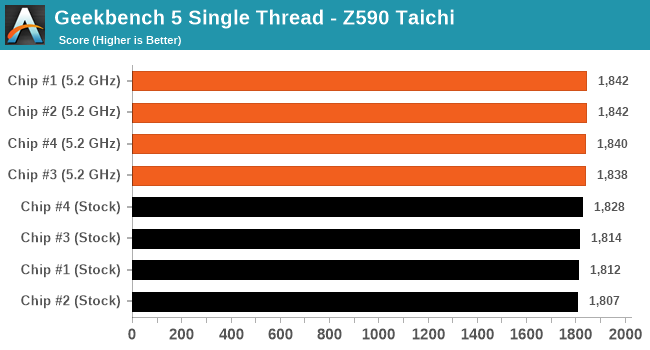 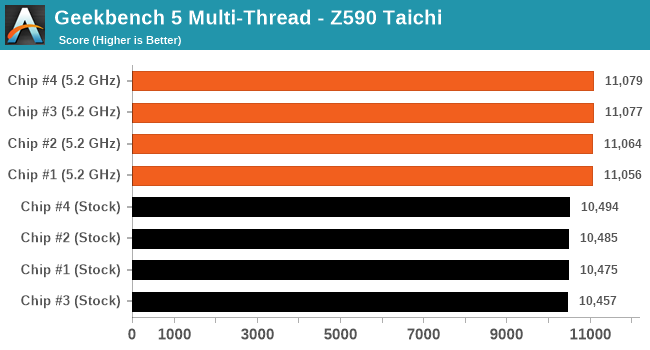 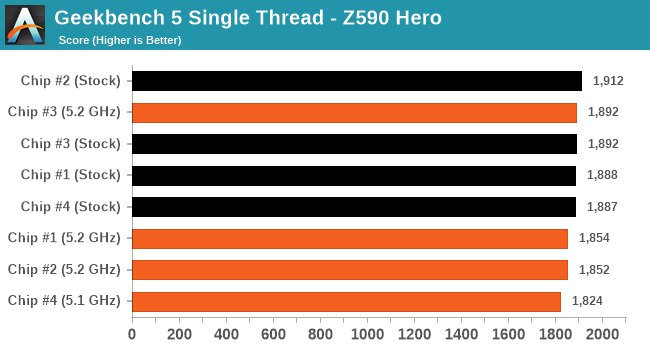 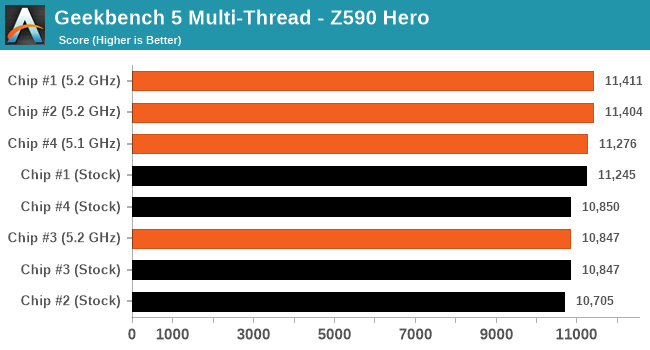 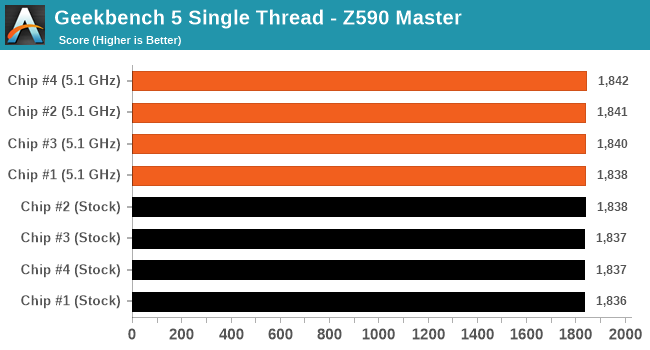 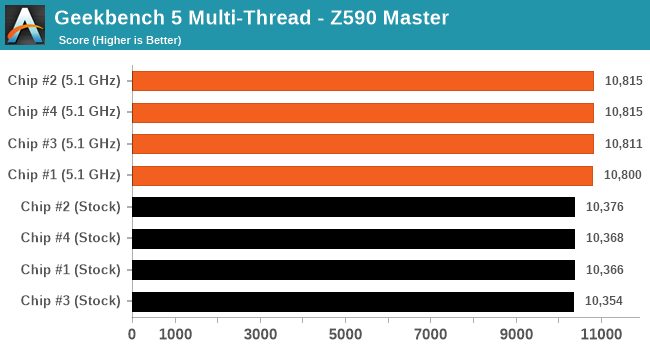 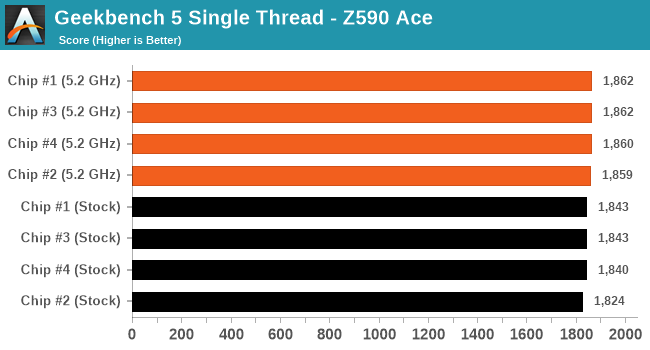 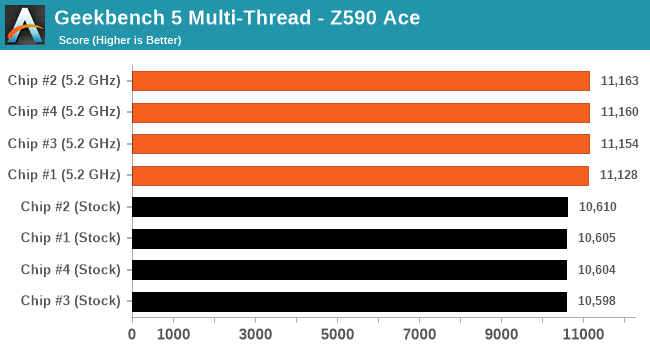 In the single thread element to the Geekbench 5 benchmark, we saw an overall gain of 0.1% which is marginal at best. However, in the multi-thread section of the benchmark, our overclocked results account for an average uplight of around 4.5%. Again, The reason why the ST values aren't popping here is because the stock CPU enables turbo with TVB to 5.3 GHz, whereas we are fixing each chip to 5.2 GHz all-core. 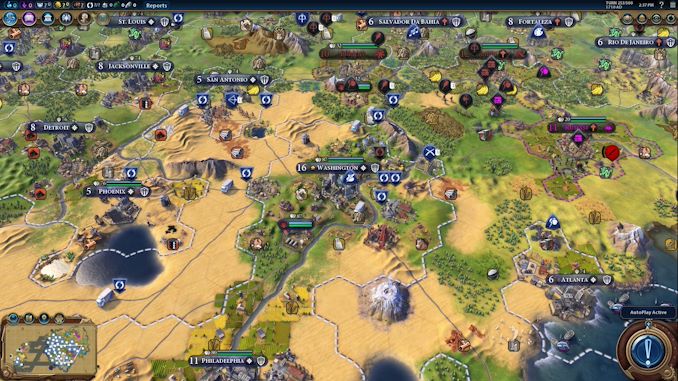 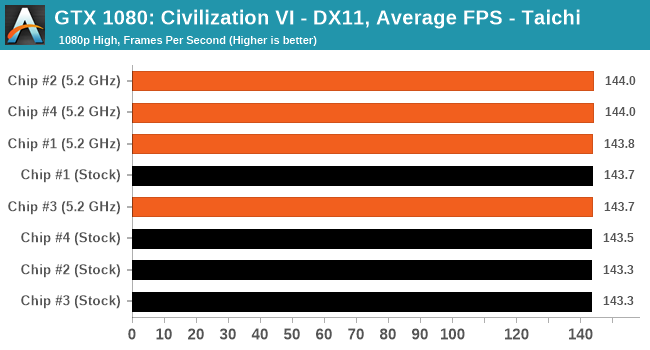 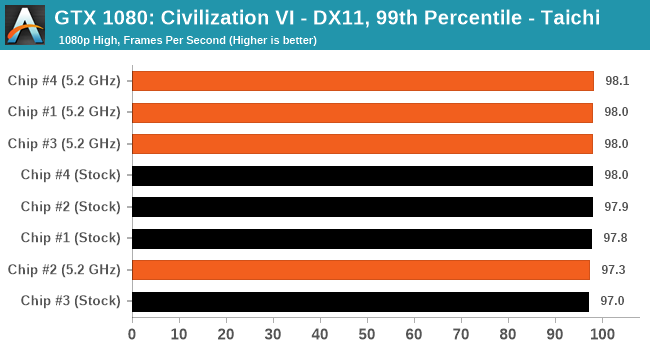 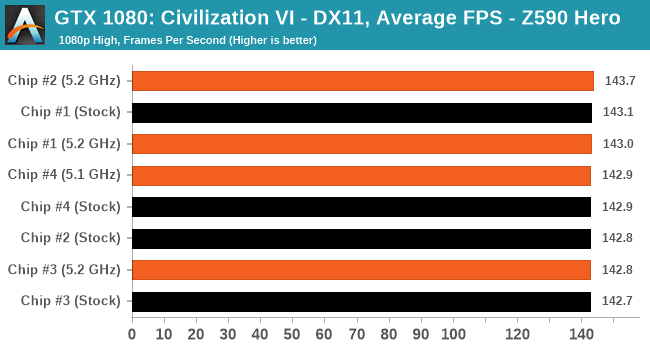 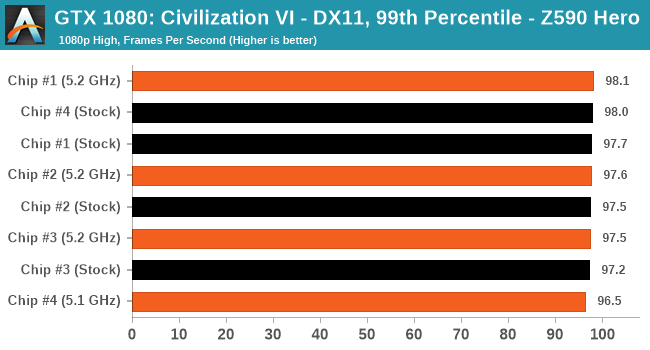 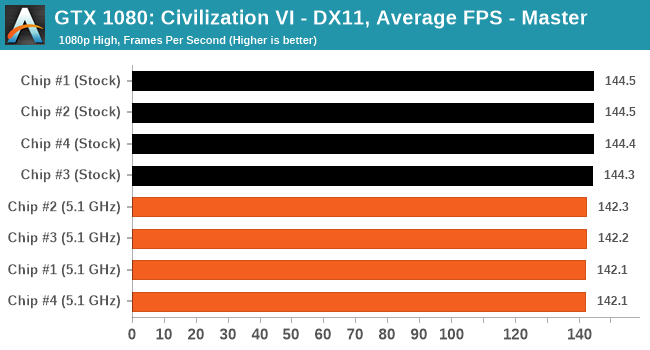 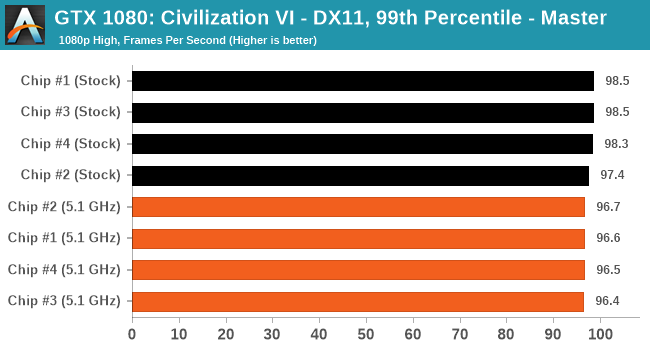 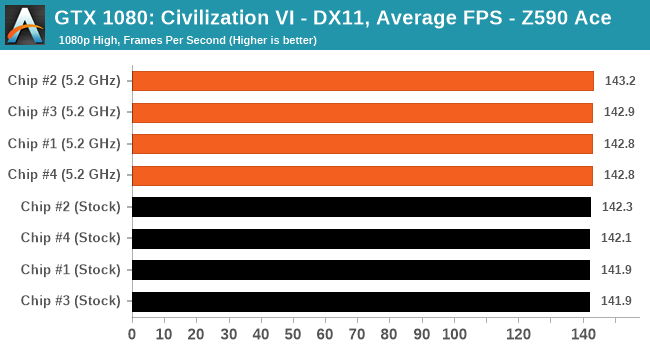 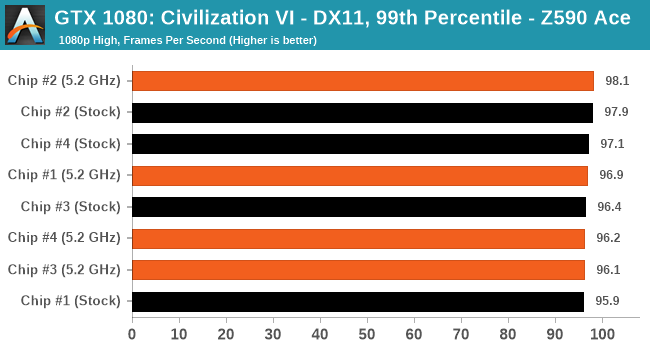