The Xiaomi Mi 11 Ultra Review: Big and Fast, but Inefficient

As we’re coming to the end of the review, it’s also time to draw some conclusions about the Mi 11 Ultra. The phone has been out for a bit of time and Xiaomi had time to push out the several firmware updates to fix any early issues with the device, so today’s evaluation can be mostly seen as an “after-the-fact” review.

Where the Mi 11 Ultra does well is in its design. I had already noted that I really liked the Mi 11 with its design and its extremely good ergonomics, something which I value a lot in phones. The Mi 11 Ultra really is just a slightly thicker Mi 11 here, growing from 8.06mm to 8.38mm – an increase that’s not really noticeable, however the weight gain from 196g to 234g definitely is.

Xiaomi’s camera implementation with the gargantuan camera bump, as odd as it is for me to write this, perfectly reasonable and well implemented. It still looks somewhat absurd, but the phone is very unapologetic about it. What I think really makes it work is the fact that it’s symmetric in its design and feel, so it doesn’t impact the phone when lying on a surface, unlike some other wobblier camera bump implementations in the past. When holding the phone in every-day portrait mode usage it’s also not very noticeable, although you always get reminded of it during landscape usage. 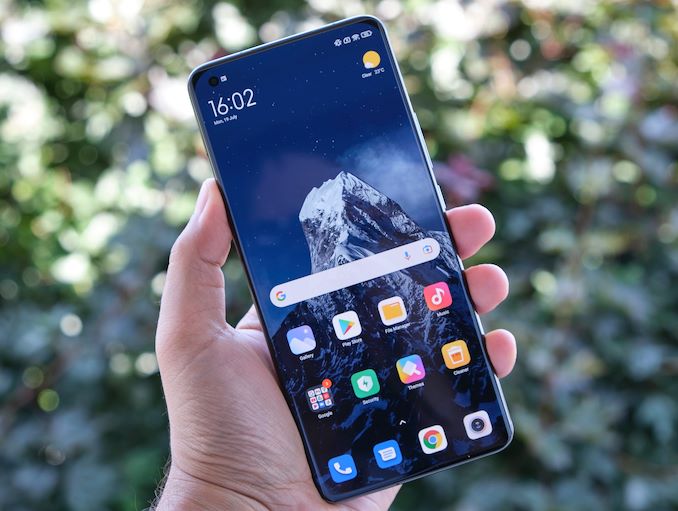 The screen of the Mi 11 Ultra is very good, but it’s not top of the line. It’s the exact same panel as on the Mi 11, which means it lags behind the competition in terms of the newest technologies. In every-day usage this is not an issue, but where this matters a lot is in power efficiency.

Battery life is the Mi 11 Ultra’s Achilles heel – although the phone features a 5000mAh battery, it doesn’t manage to differentiate itself to the slightly lower capacity Mi 11, meaning the Ultra is actually a less efficient device. It’s still an adequate performer with average battery life, but it’s being vastly outpaced by the Galaxy S21 Ultra which is the Mi 11 Ultra’s direct competitor.

Performance of the phone is excellent. Thermal behaviour aside, Xiaomi has done excellently here, and in general this applies also to the Mi 11 virtue of the new MIUI 12.5 update we’ve seen the company put out. 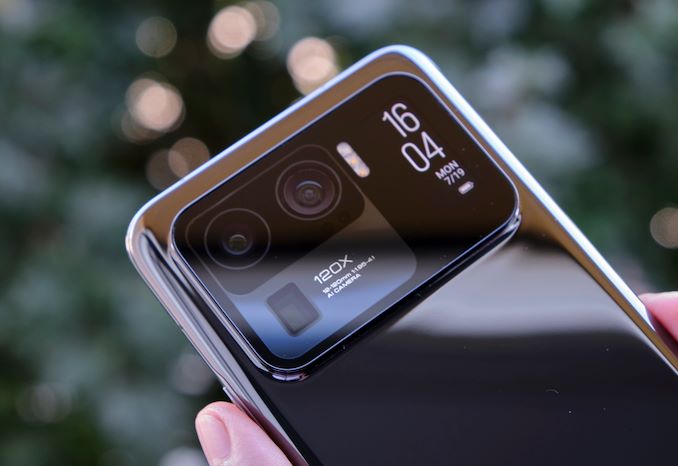 Finally, in terms of cameras, the Mi 11 Ultra is absolutely a technical winner, as it by specifications alone has the strongest and most versatile camera solution of any phone on the market right now. While the phone has some extremely good shining moments in photography, it’s also a device that lacks consistency in pictures, and many times has troubles with HDR processing which is much weaker than that of Samsung, Apple and Google. Generally, these are software aspects that can be alleviated via firmware updates – the hardware is there and it’s plenty capable, Xiaomi just needs to put more resources in refining the experience. Whether they will do so or not, remains to be seen – and as much as I consider the hardware setup to be awesome, other phones from the competition will result in more consistent and quality experiences.

Finally, it gets down to price and availability. In North America, the phone isn’t being officially sold or supported, so generally the choice is made for you and there’s pretty much no other option than the S21 Ultra in this class range.

In Europe, prices and availability over the last few weeks have been spotty, but you can get the phone. The issue here is that Xiaomi’s pricing MSRP of 1199€ is too much – even more so considering that street prices at time of writing are more in the 1300-1400€ range. The regular Mi 11 costs only 627€ right now on Amazon, and the Mi 11 Ultra certainly is not "double the phone" to warrant that price difference. Furthermore, the elephant in the room is the Galaxy S21 Ultra which can be gotten at 1049€ - the Galaxy has a better screen, a bit better speaker, vastly superior battery life, and while technically inferior, an arguably better camera capture experience. Xiaomi should have priced the Mi 11 Ultra below the S21 Ultra for it to make sense. As unnatural as it is for Xiaomi devices, the Mi 11 Ultra here is just the lower value option.

As much as I can’t rationalise the Mi 11 Ultra as a purchase recommendation, I still very much like the phone, as well as the path that Xiaomi is marching on with their phones. It’s definitely the company’s most ambitious device yet, it just needs more refining and addressing of its core weaknesses for it to be a truly great phone.