The PS3 will support a number of optical storage media, but fundamentally the PS3 will be a Blu-ray machine. 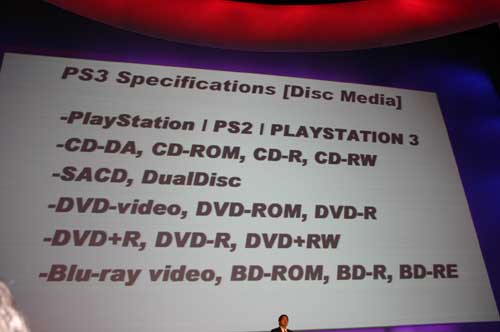 The Playstation 3 will also have a two port GigE router according to the presentation, as well as built-in Wi-Fi 802.11b/g. 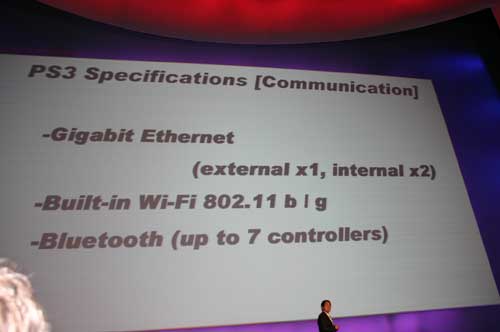 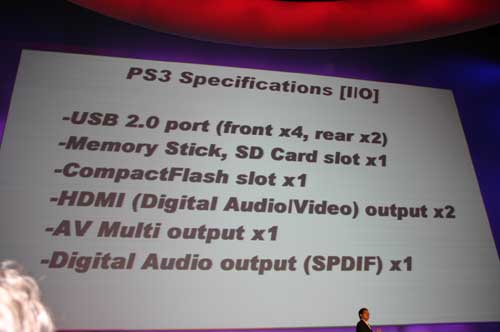 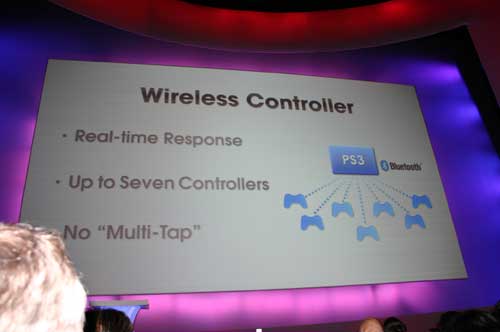 You will also be able to connect to the PS3 using a PSP over a WiFi connection. 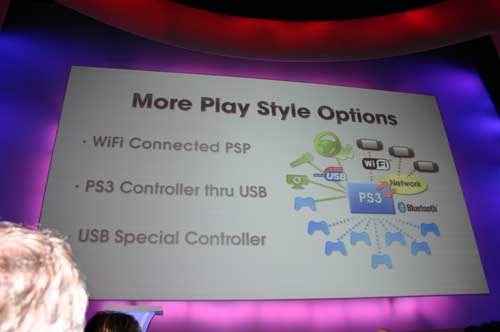 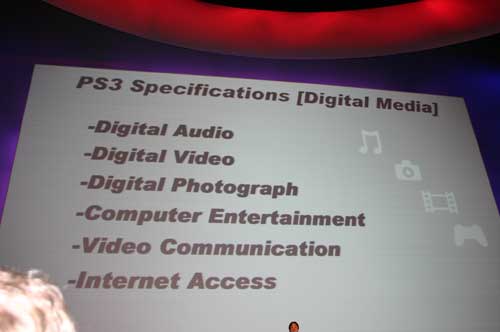