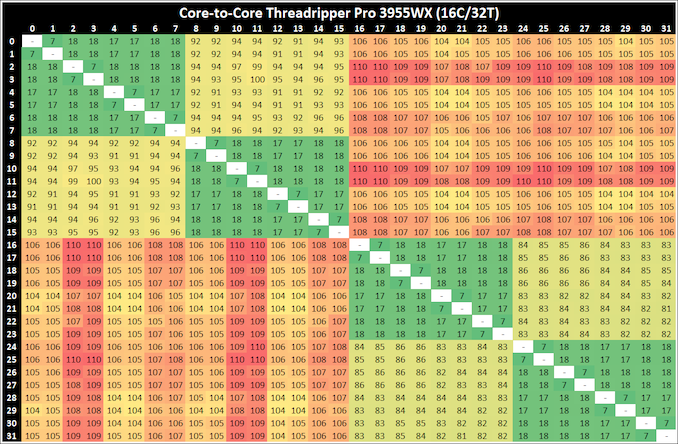 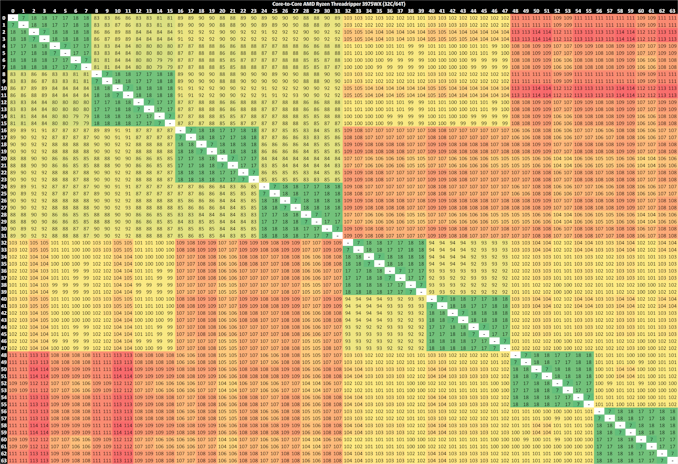 On all our Threadripper Pro CPUs, we saw:

Here we can distinuguish how long it takes for threads to ping back and forth with cores that are different hops across the IO die.

The y-cruncher website has a large about of benchmark data showing how different CPUs perform to calculate specific values of pi. Below these there are a few CPUs where it shows the time to compute moving from 25 million digits to 50 million, 100 million, 250 million, and all the way up to 10 billion, to showcase how the performance scales with digits (assuming everything is in memory). This range of results, from 25 million to 250 billion, is something I’ve dubbed a ‘sprint’.

I have written some code in order to perform a sprint on every CPU we test. It detects the DRAM, works out the biggest value that can be calculated with that amount of memory, and works up from 25 million digits. For the tests that go up to the ~25 billion digits, it only adds an extra 15 minutes to the suite for an 8-core Ryzen CPU.

With this test, we can see the effect of increasing memory requirements on the workload and the scaling factor for a workload such as this. We're plotting milllions of digits calculated per second. 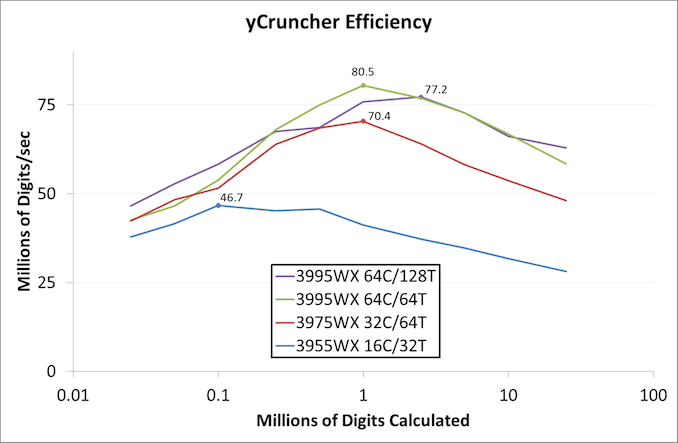 The 64C/64T processor obtains the peak efficiency here, although as more digits are calculated, the memory requirements come into play.