Microsoft's Xbox has a unique history; it was the first console to merge a PC's architecture with a console's form factor and interface. Its successor, the Xbox 360, continues the trend of having a unique history by making its first public debut on MTV. In what amounted to essentially a 30-minute advertisement on MTV, Microsoft very briefly introduced the new console and gave a sneak peak at some of its specifications as well as the games that would be running on the new platform. 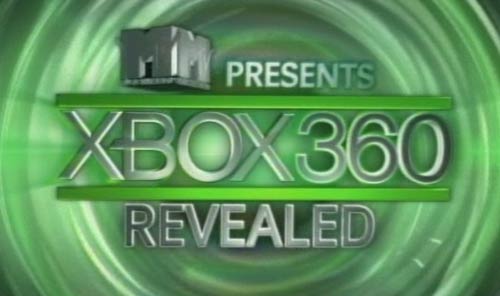 The MTV special was hardly technical; in fact, it seemed as if the editors did their best to tune down any sort of technical slant to the special as best as possible in order to avoid alienating their target audience - the mainstream, non-gaming market. In order for Microsoft to attain the level of success they desire with Xbox 360, it has to be much more than just a console for gamers, it has to expand the potential user base considerably.

Features like an all-wireless controller setup make the console even more mainstream fit - most people hate cables, and minimizing cable clutter is definitely a step in the right direction for the new console. From what we've heard through industry insiders, the wireless controllers appear to charge via a USB cable connected to the Xbox 360 unit itself.

We've spent the first part of 2005 talking about the move to dual and multi-core processors on the desktop, and the Xbox 360 does not stray from the path set before it. While Microsoft hasn't officially revealed the processor specifications for the Xbox 360, they did mention that the new Xbox 360 offers "more than one teraflop of system-floating point performance" driven by a "three-core PowerPC-based CPU." There are many rumors about the clock speed and nature of the PowerPC based cores, but most seem to indicate that they are some sort of derivative of the PPE that is in the Cell processor. Clock speeds have been rumored to be around 3.2GHz for the multi-core CPU, and given that Xbox 360 is expected to launch this year it will most likely be built on a 90nm process. The CPU will be able to execute 6 simultaneous threads, meaning that each of the three PowerPC cores is multi-threaded - once again a similarity to Cell's PPE. We will hopefully be getting more confirmation on the CPU architecture behind Xbox 360 at E3 next week.

The system is outfitted with ATI's next generation GPU, R5xx class, connected to a shared 512MB of system memory. Note that Microsoft is stating that the Xbox 360 offers "more than" 512MB of total memory, which means that the rumors of the ATI GPU having around 10MB of embedded DRAM are most likely true. This isn't ATI's first GPU design with embedded DRAM; the Flipper GPU that was used in Nintendo's Gamecube featured a full 3MB of embedded DRAM. The GPU features "48 ALU pipes" but ATI/Microsoft haven't elaborated beyond that.

The combination of the CPU and GPU in the Xbox 360 already make it a more powerful gaming machine than any PC out today, but as always the balance between PC and console gaming is an ever-shifting struggle. What the Xbox 360 will do however is accelerate the development of multithreaded games, some of which will hopefully make their way to the PC as well.

The CPU (and presumably the GPU) is cooled by a water cooled heatsink and twin fans. The motherboard is built on a 4-layer PCB, which is to be expected from a cost standpoint. Despite the trend away from Windows/PC architecture, the Xbox 360 does appear to still be very computer-like inside.

Contrary to popular belief, it does appear that the hard drive is back in the Xbox 360 and Microsoft is specifically referring to it as a "detachable" hard drive. Given the size of the Xbox 360, we'd assume that it will use a 2.5" drive, compared to the 3.5" drive that was included in the original Xbox. Given how much platter densities and spindle speeds have improved since the original Xbox was launched, the new drive shouldn't have a problem being faster than the original drive that shipped with the Xbox - despite its smaller form factor.

There was no mention of a multi-tiered launch, meaning that it looks like there will only be one Xbox 360 introduced later this year - hard drive included. The inclusion of a hard drive is particularly important for the modders out there, as it does give hope that even the Xbox 360 will be as hackable/moddable as the current Xbox is. 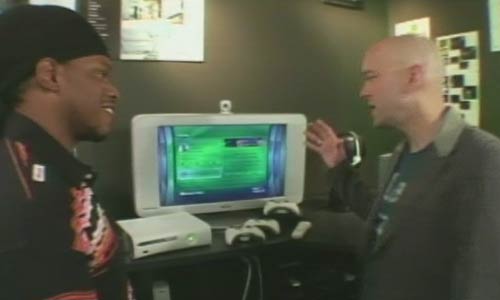 The console itself appears to be significantly smaller than the original Xbox, which was a complaint by many upon the Xbox's initial debut. The Xbox 360 will have removable face plates to offer some level of physical customization, although the finished product does look quite sleek.

Also from the videos it does appear that the new wireless controllers are smaller than even the reduced size Xbox S-type controllers. 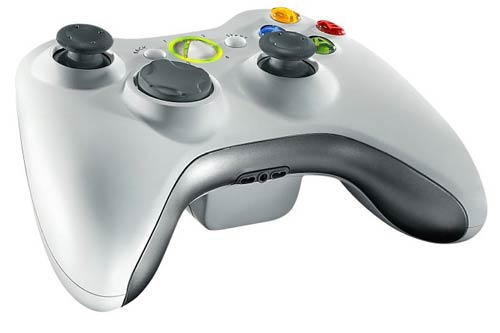 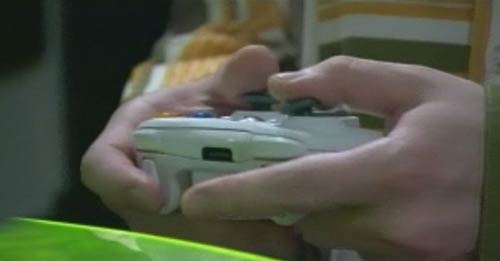