Although both the Apple and Dell 20" displays use the same LG.Philips LCD LM201W01 panel, Apple and Dell seem to differ (at least in terms of marketing) on several specifications including response time, contrast ratio and brightness. Granted, Dell and Apple use different backlights that may account for the 50 nit difference. On the other hand, Apple hardware is traditionally listed with slightly conservative specifications. Part of our review process is to evaluate these specifications anyway - and since these are nearly identical displays, it will be very easy for us to verify which model has the more accurate listed specifications. 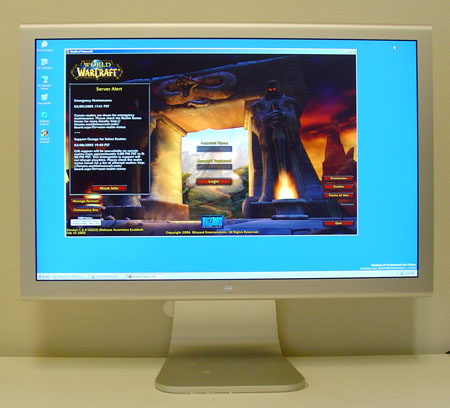 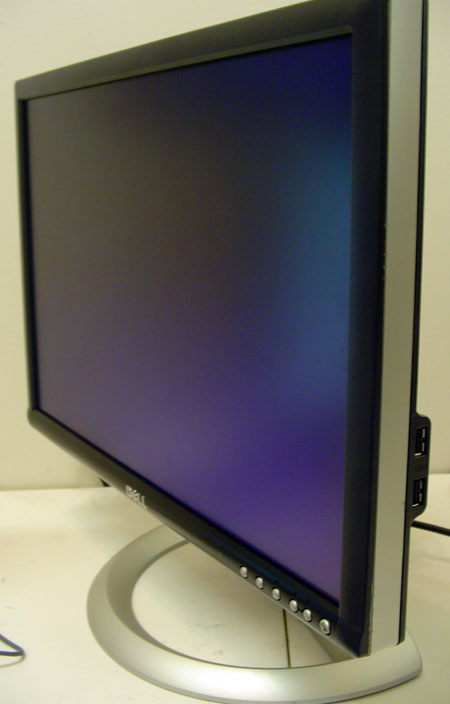 Oddly, Dell lists their 2005FPW with a typical response time of 12ms while Apple and the panel manufacturer both claim a 16ms response time. Over the last several months, we have seen display manufacturers claim only the rising response time on their product specifications. Given the track record of most manufacturers to inflate contrast ratios using favorable testing techniques, the likelihood that accurate response time measurements are starting to crumble to more aggressive marketing seems high. Of course, anyone who reads our display reviews on a regular basis can probably tell you that "average" (TrTf) response time has very little to actual responsiveness of the display and that other specifications, like color depth and display mode, can be more helpful when purchasing a new monitor.

The M9177LL utilizes very different native resolution than what we have seen in the past. LG.Philips LCD largely pioneered the WSXGA+ signal resolution found on the Cinema display and we saw our first demonstrations of the technology back at the Consumer Electronics Show in January of 2004. Since then, WSXGA+ has gained a bit of popularity in laptops, but not in LCD TVs. Unfortunately with HD signals broadcast at 1280x720 or 1920x1080, all of the XGA+ signals pioneered by LG.Philips require some signal conversions, which result in skewed pixels or skewed signals. While watching WMV9 samples on our Cinema display, we attempted to overcome this by only viewing windowed 720p movies, but unfortunately, a bit of screen real estate is wasted in the process. We can't penalize Apple or Dell for trying, however, and both the 23" and 30" Cinema displays incorporate resolutions large enough to play unaltered 1080p signals.

The strongest aspect of the LG.Philips LCD panel utilized in the Cinema display is ultimately the 8-bit Super IPS display. We have covered some displays in the past that utilize 16ms and 12ms 6-bit TN displays. We have never been in favor of sacrificing color depth for response time, but some insist that the sub 20ms response time is absolutely critical to their usage. We will get more into various usage benchmarks later on.

For those not familiar with LCD display modes and how they work, feel free to check out our LCD FAQ from 18 months ago. To reiterate, the fundamental problem with any LCD is that when the LCD liquid crystals "twist" (or "untwist"), there is ultimately a several millisecond delay. This delay translates into a several millisecond delay on the LCD screen. This is unfortunately complicated by the fact that displays do not simply twist the crystal on or off, but at one of 255 degrees (for 8-bit displays) or 63 degrees (for 6-bit displays). Obviously, two states that are very close to each other take less time than two states further apart from each other, which results in pixels that are not just delayed in a uniform manner, but at several different speeds across the entire panel depending on the hue. This generates motion blur, but is commonly misnamed as ghosting (which is a different problem that we will talk about later).

Super IPS counters motion blur by simply aligning the individual fibers that make up the crystal in a particularly easy alignment, without sacrificing viewing angle. Please refer to the FAQ if you would like to know more about SIPS in particular and how it stacks up against PVA, MVA or TN.