Our .NET test was run on the recently released FuseTalk .NET collaboration application. For this test, we ran with configurations that would typically be used in a web server, which is why you won't see results for the Quad Xeons here.

The .NET platform is the new framework for building Windows-based and web-based applications from Microsoft. It not only replaces the older ASP platform, but introduces some up-to-date languages that run on the Common Language Runtime, which is the backbone of .NET. The three main languages used with .NET are: C#, VB.NET, and J#. Whatever language in which you write your code, it is compiled into an intermediate language - CIL (Common Intermediate Language). It is then managed and executed by the CLR (Common Language Runtime). 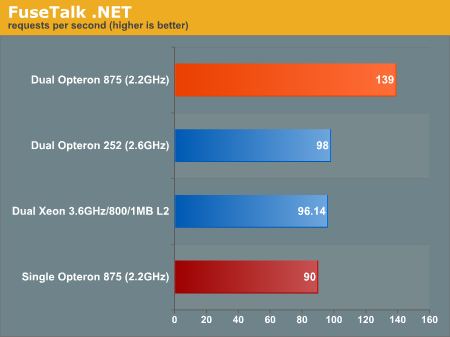 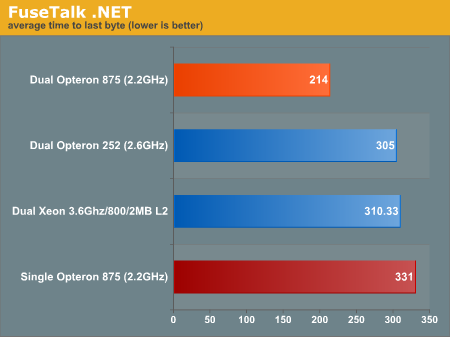 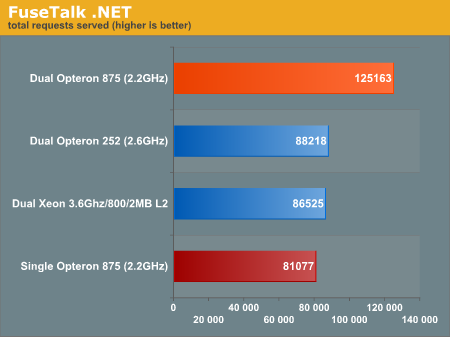