For just about a year now, we've been hearing about ATI's Theater 550 chip, the successor to the highly successful Theater 200 used in the eHome Wonder.  The Theater 550 was a bit of a let down in that it seemed a lot like a new release of old technology. What we wanted to see was a hardware MPEG-4 encoder from ATI and what we got instead was the promise of the best hardware MPEG-2 encoder ever.  Although it's not the promise we wanted, ATI did deliver exactly what they set out to do. 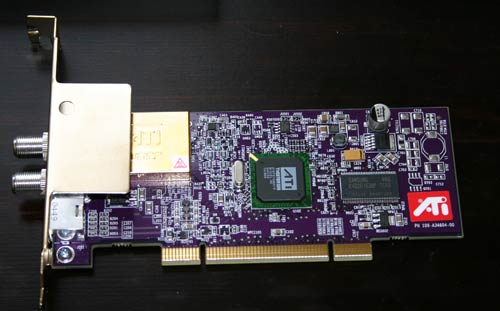 The most noticeable feature of the TV Wonder Elite was that all of the text box issues, which we saw in the competing cards, were gone. 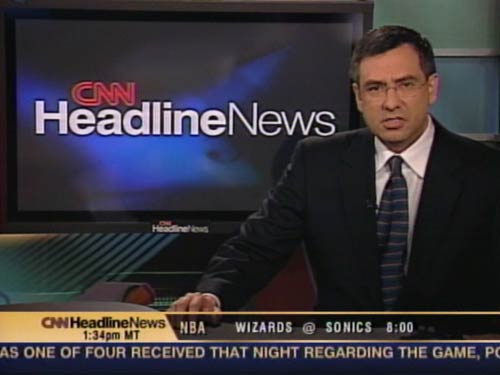 A clean picture and note that there are no issues around the text boxes.

You can't get totally sharp text off of a SD signal, but you get text that's very legible and artifact-free with the TV Wonder Elite.

Upon closer investigation, the image quality of the TV Wonder Elite is better in many little ways compared to the competition here.  The color reproduction is much more true. There are much lower levels of noise and you can even see detail in actors on the screen.  Compared to the second place Hauppauge card, the differences are much more subtle, but in back-to-back comparisons, you do notice differences between the two cards.  The Hauppauge does appear to have higher levels of color saturation, but the TV Wonder Elite seems to produce a more "correct" image. 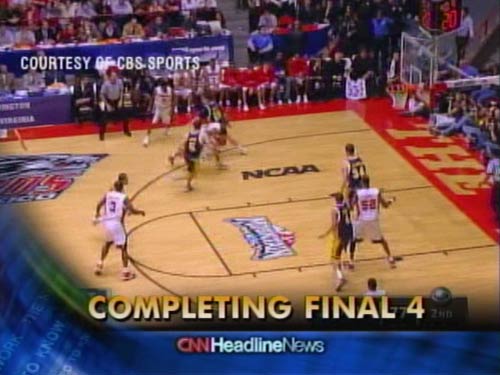 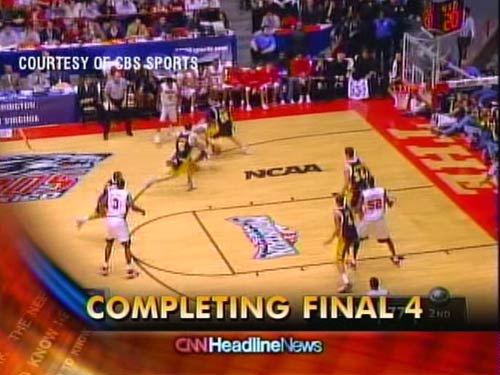 Ignoring the differences in border colors (the video feed in the center is still the same), the TV Wonder Elite offers more accurate color reproduction.

As slight as those differences may be, given the price parity between the Hauppauge and the TV Wonder Elite, we give the nod to ATI here.

What the TV Wonder Elite doesn't do, however, is the type of improvement in image quality that ATI's marketing material would have you believe; the biggest reason being that SD cable signals are simply not good enough for those types of improvements to be seen.  The TV Wonder Elite isn't perfect, while it is still susceptible to the quality of your cable feed, but out of the competitors here, it's as good as it gets. 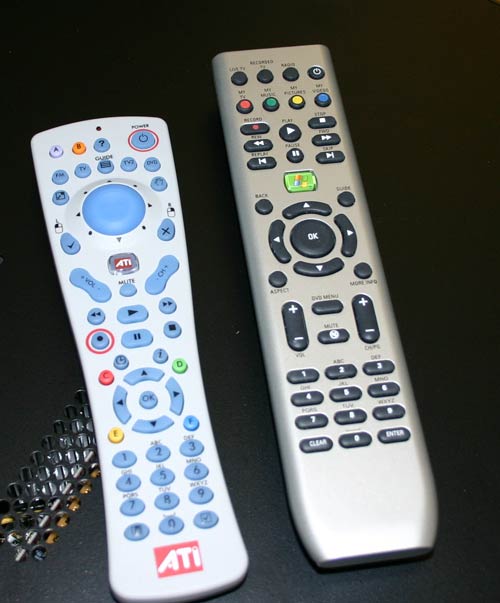 The retail TV Wonder Elite ships with ATI's new Remote Wonder Plus, a much improved remote control design over previous ATI remotes.  Unfortunately, the Remote Wonder Plus will not function as a MCE remote. You'll still have to shell out the $30 for one of those if you're building a MCE machine.

Although we have specifically decided not to focus on software bundles (given that the premise of this roundup is finding a TV tuner card for a MCE system), ATI does ship the TV Wonder Elite with a copy of CyberLink's PowerCinema with an ATI skin.  At first glance, the ATI Edition of PowerCinema looks a lot like a red version of the MCE interface. However, as soon as you start to use it, you realize its shortcomings.  The interface is extremely slow to respond compared to MCE and it still features no integrated program guide, which renders it useless as a serious PVR tool by today's standards.  As a standalone TV tuner, the TV Wonder Elite's bundle leaves much to be desired, but as a companion to Windows XP Media Center Edition, ATI has released the best quality tuner on the market from what we've seen.