We run the tests in a harness built through Windows Subsystem for Linux, developed by our own Andrei Frumusanu. WSL has some odd quirks, with one test not running due to a WSL fixed stack size, but for like-for-like testing is good enough. Because our scores aren’t official submissions, as per SPEC guidelines we have to declare them as internal estimates from our part.

For the new Cypress Cove based i7-11700K, we haven’t had quite the time to investigate the new AVX-512 instruction differences – since this is the first consumer desktop socketed CPU with the new ISA extensions it’s something we’ll revisit in the full review. Based on our testing on the server core counterparts however, it doesn’t make any noticeable differences in SPEC. 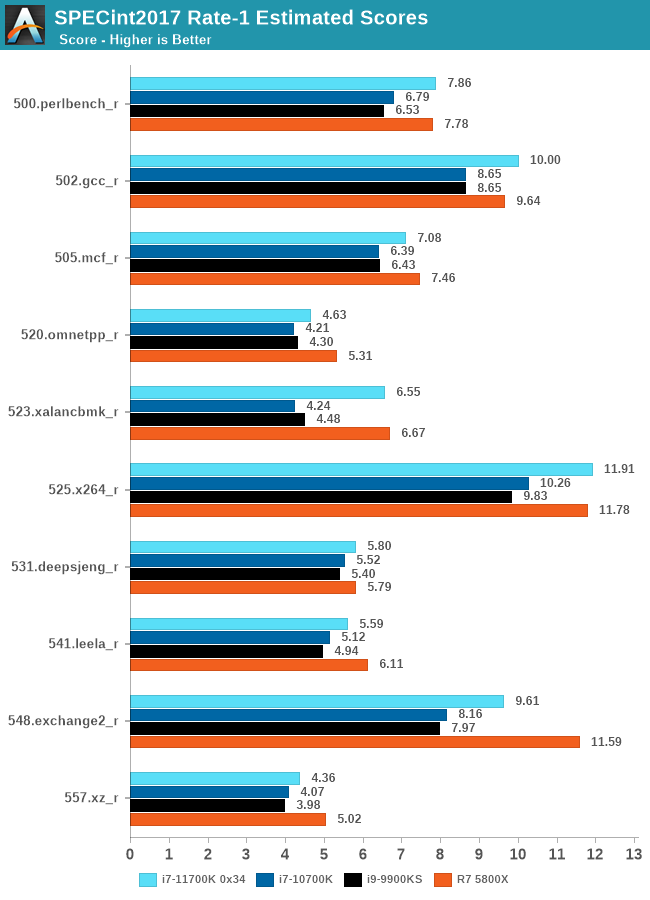 In the SPECint2017 suite, we’re seeing the new i7-11700K able to surpass its desktop predecessors across the board in terms of performance. The biggest performance leap is found in 523.xalancbmk which consists of XML processing at a large +54.4% leap versus the 10700K. 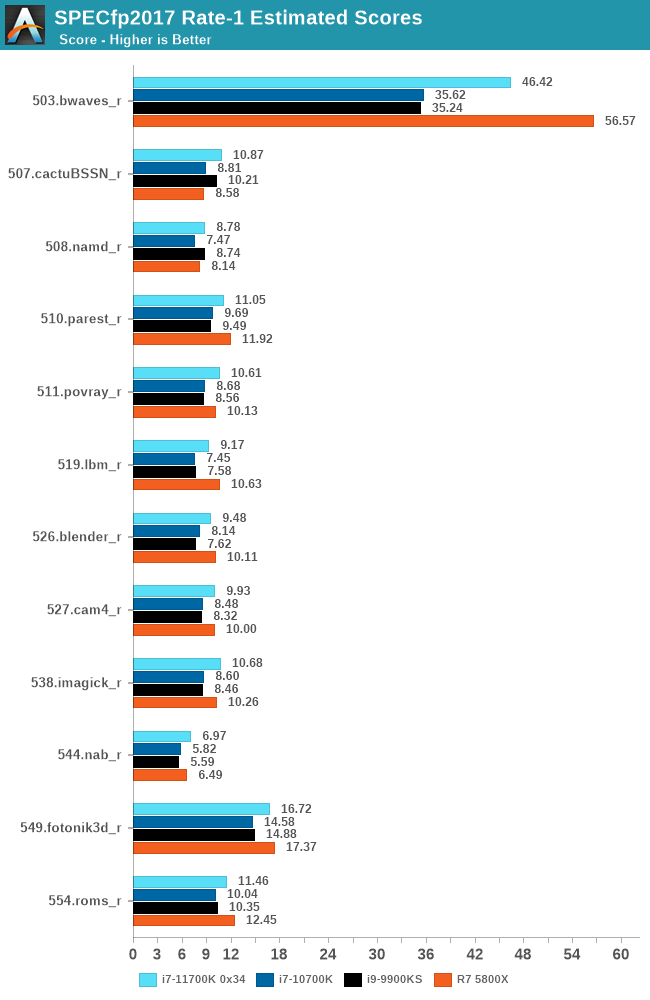 In the FP scores, there’s nothing standing out too much, with general even improvements across the board. The total improvement here is +19.6%, with the IPC improvement in the +22% range. 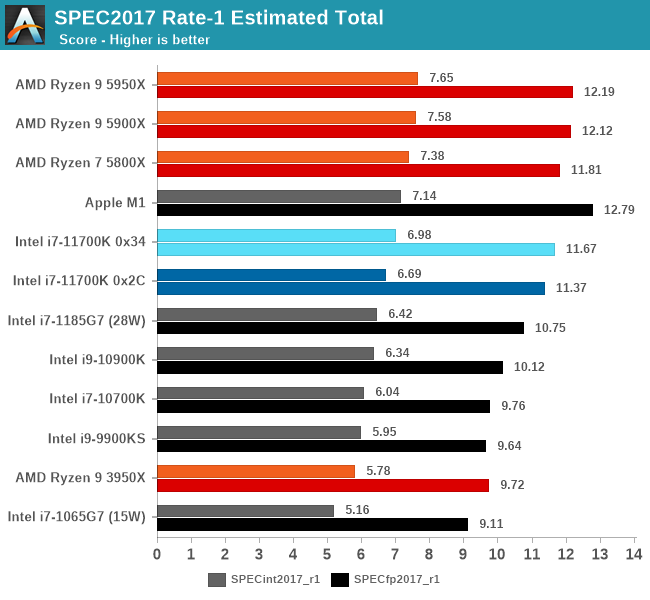 Although the new Cypress Cove cores in the 11700K do have good generational IPC improvements, that’s all compared to the quite old predecessor, meaning that for single-thread performance, the advancements aren’t enough to quite keep up with the latest Zen3 competition from AMD, or for that matter, the Firestorm cores in Apple’s new M1. 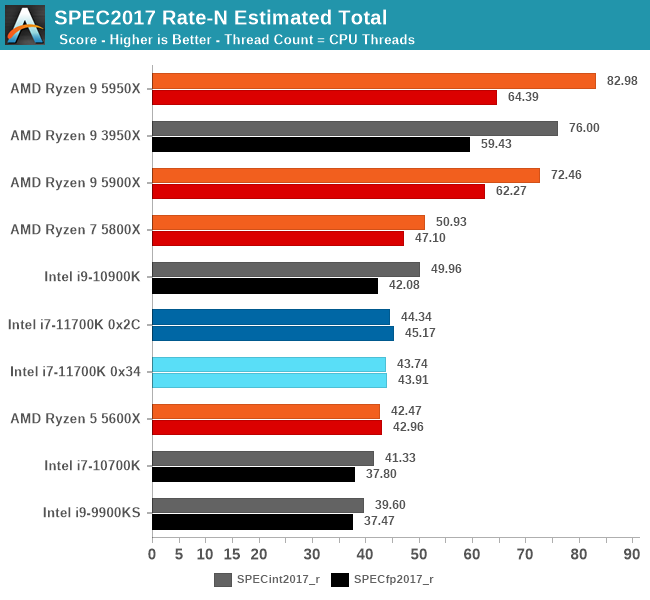 More interesting are the multi-threaded SPEC results. Here, the new generation from Intel is showcasing a +5.8% and +16.2% performance improvement over its direct predecessor. Given the power draw increases we’ve seen this generation, those are rather unimpressive results, and actually represent a perf/W regression. AMD’s current 6-core 5600X actually is very near to the new 11700K, but consuming a fraction of the power.