Sony DRU-720A: Speed Increases All Around

Visually, the DRU-720A is not much different than the past few models that Sony has put out. The bezel is white in color with the tray bezel being the trademark translucent gray with a silver Sony logo printed at the center, and DVD and CD standards logos printed in blue along the bottom of the tray's bezel. Sony does include an extra all-black bezel for those with black computer cases. 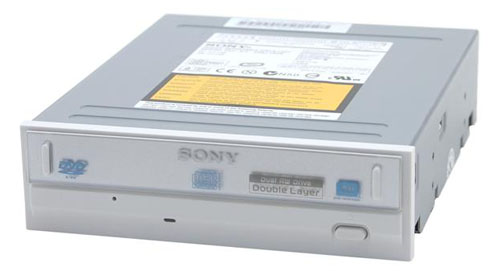 The physical dimensions of the DRU-720A are identical to those of the 710A, which leads us to predict that aside from an updated chipset, everything else between the 710A and 720A is the same.

Upon opening the drive, we first saw the ROHM Co. BD7902FS IC for the drive's motor as well as the Hynix DRAM module. To get to the backside of the circuit board, we had to disconnect two of the cables from the board. Obviously, we do not recommend doing this at home, since it may damage your drive. That's what we're here for!

Take a look at the DRU-720A's manufacturer's technical specifications in the table below.


To further confirm these specifications, we grabbed a screenshot from Nero's InfoTool v.3.00. 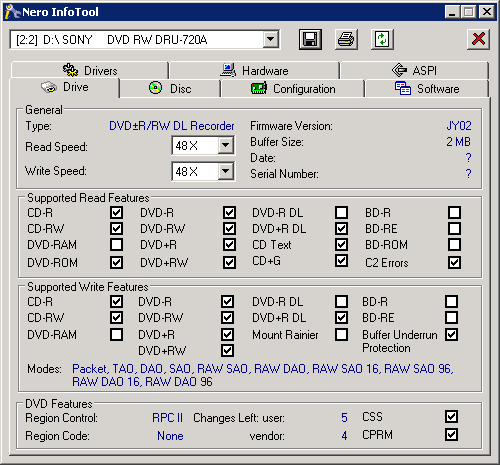 We have also taken a screenshot from DVD Info Pro's scan of the DRU-720A. 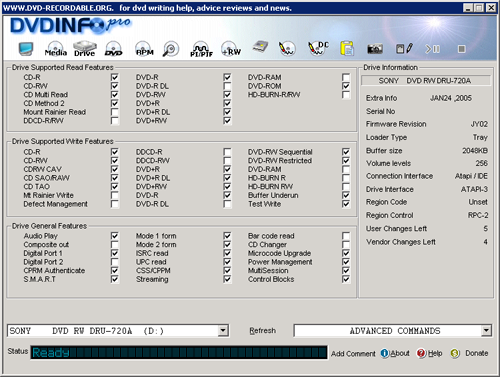 The makers of DVD Info Pro have also added checkboxes for their list of capabilities, but Sony will not take advantage of them this time around. The DRU-720A has all of the features required by typical home users. 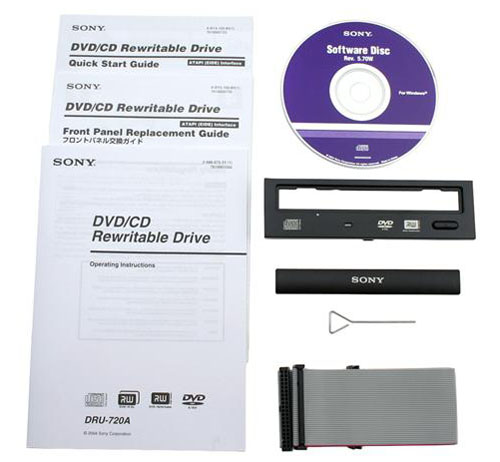 Sony has also included the standard accessories: a black replacement drive bezel, a pin to aid in installation of the replacement bezel, a 40-pin IDE cable to connect the drive to the motherboard, the full Nero 6 Software Suite, and detailed instruction manuals for the DRU-720A. Sony is also well known for its exceptional customer support.