The performance numbers are very similar to the ones obtained for the CI660 nano. We do have additional passively-cooled PCs for comparison here - in terms of CPU prowess, the hexa-core configuration and high clock speeds help the CI662 nano outscore the Bean Canyon NUC in the Akasa Turing chassis. However, when it comes to workloads that rely on the GPU also (like gaming and content creation), the Iris Plus graphics in the DIY Bean Canyon / Akasa Turing kit pulls ahead by a big margin. This allows the overall score to be in favor of this DIY configuration. 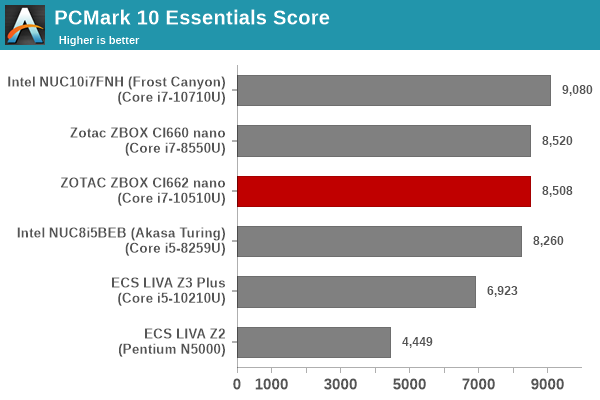 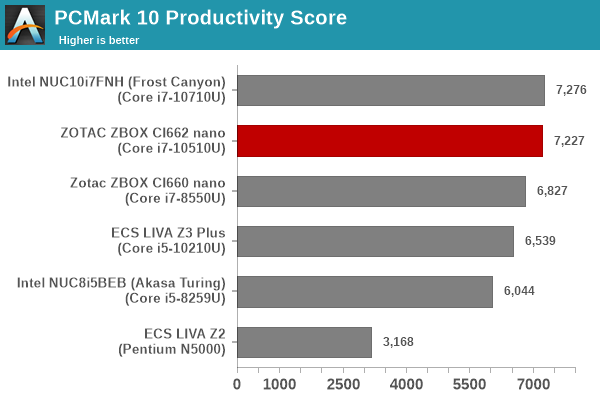 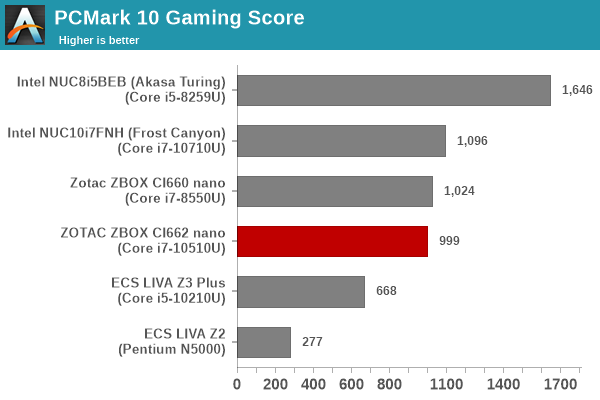 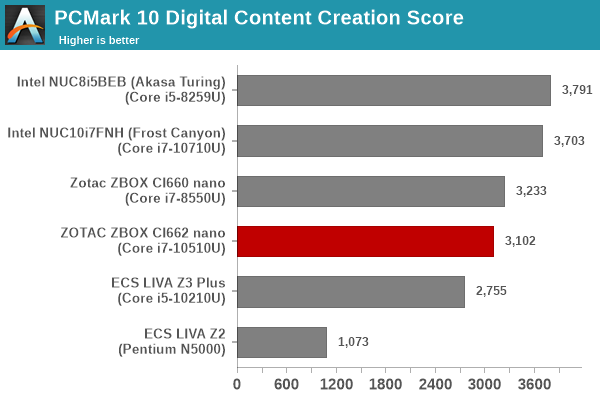 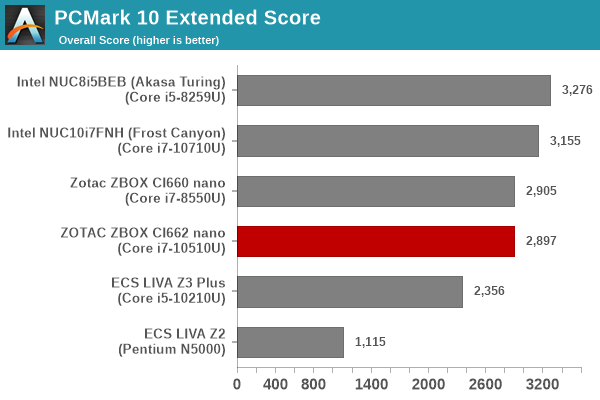 We continue to present PCMark 8 benchmark results (as those have more comparison points) while our PCMark 10 scores database for systems grows in size. PCMark 8 provides various usage scenarios (home, creative and work) and offers ways to benchmark both baseline (CPU-only) as well as OpenCL accelerated (CPU + GPU) performance. We benchmarked select PCs for the OpenCL accelerated performance in all three usage scenarios. These scores are heavily influenced by the CPU in the system. With OpenCL in the mix, the die is again loaded in favor of the DIY Bean Canyon / Akasa Turing kit with its better GPU for the home and creative workloads. However, productivity swings back in favor of the passively-cooled ZBOX configurations. 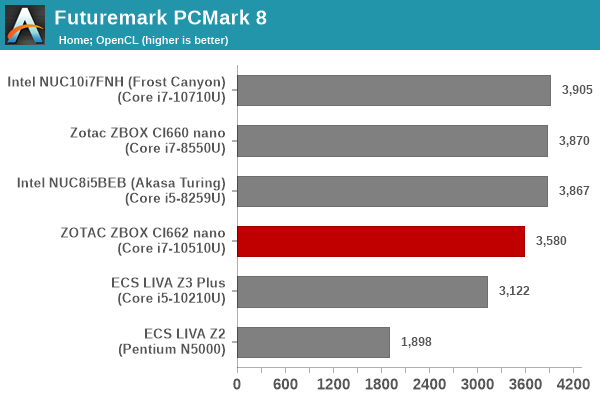 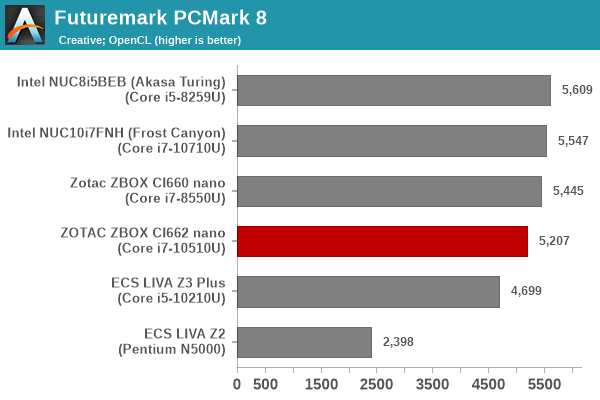 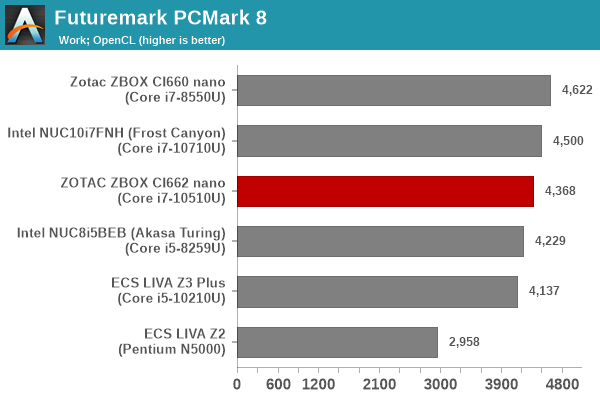 UL's 3DMark comes with a diverse set of graphics workloads that target different Direct3D feature levels. Correspondingly, the rendering resolutions are also different. We use 3DMark 2.4.4264 to get an idea of the graphics capabilities of the system. In this section, we take a look at the performance of the Zotac ZBOX CI662 nano across the different 3DMark workloads. 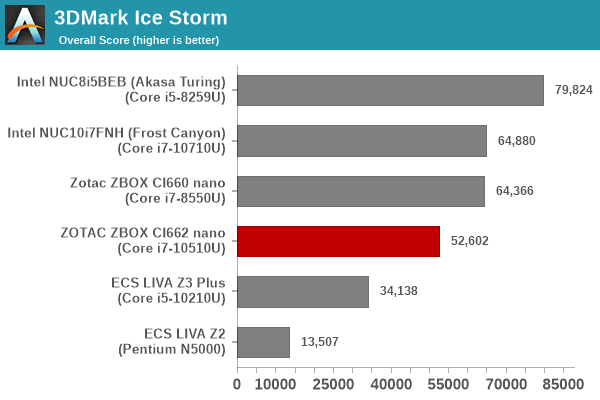 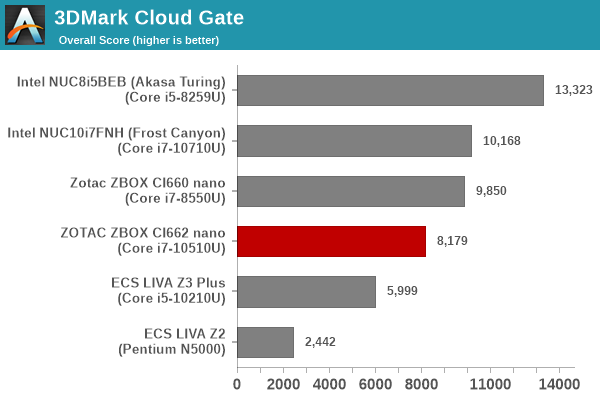 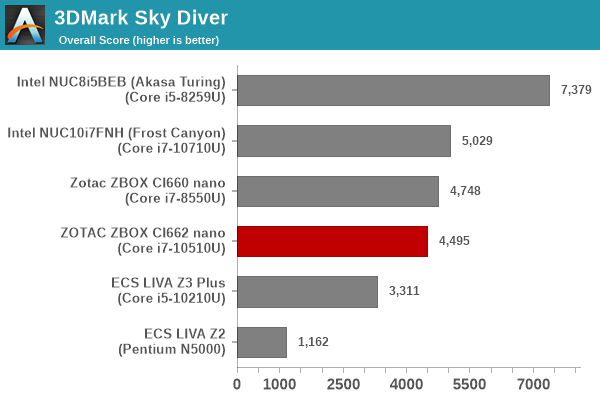 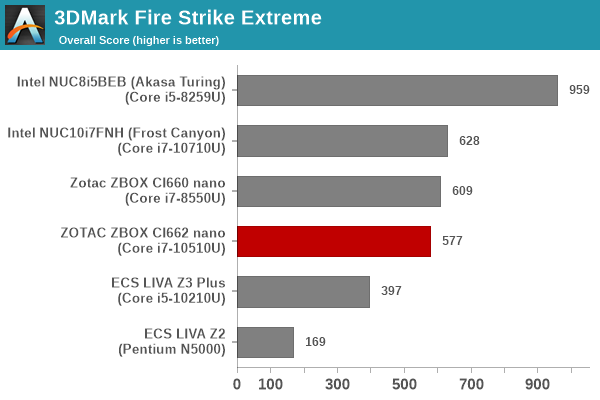 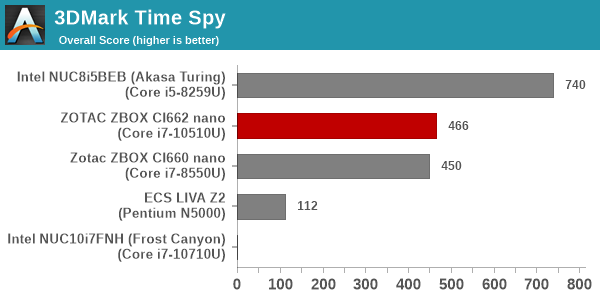 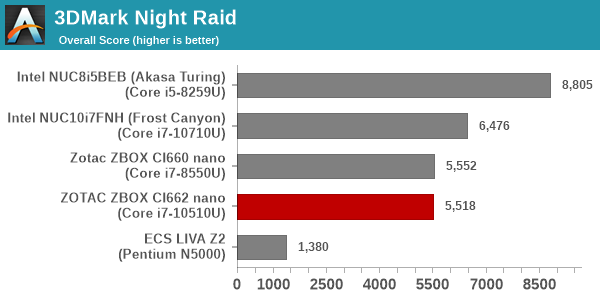 Scores broadly follow the trend of the Iris Plus GPU in the DIY Bean Canyon / Akasa Turing kit winning by huge margins. The CI660 nano and CI662 nano are pretty much neck-to-neck in most cases. The few in which the CI660 nano pulls ahead can be attributed to the faster DRAM used in the older configuration (DDR4-2666 vs DDR4-2400).