TiVo on the Go 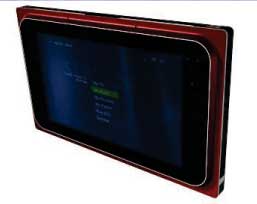 The demo used a prototype On-the-Go media PC based on a Dothan Ultra Low Volt processor. The DVD player on the back of the tablet behind the red cover seen below. 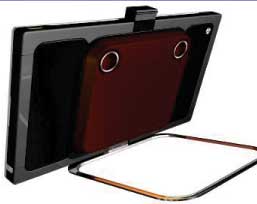 Maloney suggested that with such a small form factor (8.9" wide screen, 2.5 lbs, fanless design) popping one of the tablets into your car to use as a removable entertainment option should be a good option. Or, as an in-car device you'd be able to wirelessly synchronize your movies and recorded content directly to your car.

Maloney's keynote concluded with some more talk about WiFi and WiMAX. 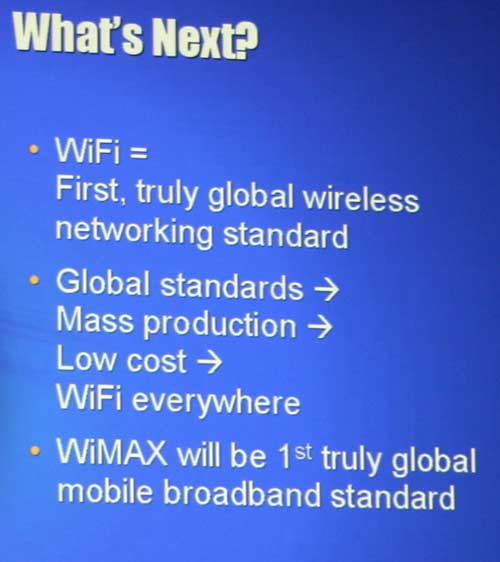 Intel wants to make WiMAX the first truly global mobile broadband standard, similar to what has happened with WiFi. Given the history with WiFi, the outlook for WiMAX looks pretty positive.

All network demonstrations during the keynote were done over a WiMAX network.

Day 2 has gotten off to a slow start thus far, but we've got tons of meetings and lots of technical tracks to attend, so hopefully we'll have some more interesting tidbits as the day goes on. If you've missed them, here is a recap of our past articles: