Maloney talked a bit about the 2006 Napa Mobile Platform, the next-generation Centrino successor which will be introduced in Q1 2006. Napa is made up of the following components: 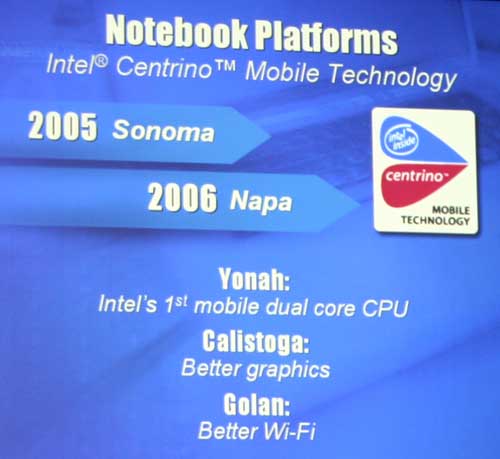 Initially Maloney mentioned one very interesting item which we should be able to get information on later today, it's called Digital Media Boost. According to the keynote, Digital Media Boost offers improved SSE instructions and an improved FPU - two relatively weak areas of the current generation Pentium M.

The Napa platform, on a silicon basis, will be physically a lot smaller than current generation Centrino platforms (Sonoma). 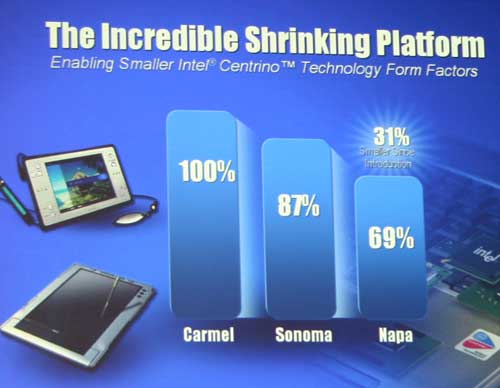 The Golan WiFi solution is significantly smaller thanks to further silicon integration and a move to serial interface. 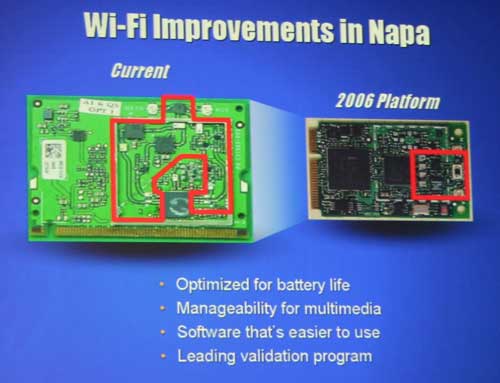 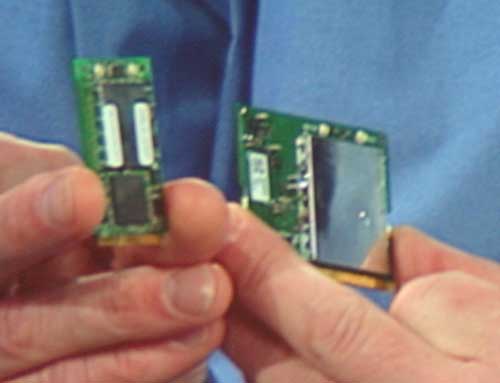 There was a quick performance bakeoff between a Yonah and a Dothan system, with the test of choice being a multitasking performance comparison - playing a MP3 while transcoding a video. 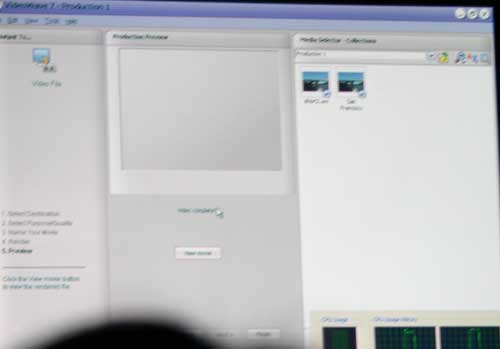 MP3 playback while transcoding a video was significantly faster and had no interruption of the MP3 playback on the Yonah platform, while the Dothan system did drop some audio.

There was not much else shown off but we'll do our best to get the scoop on Yonah today.