The office BTX platform from this morning's keynote was also present for closer inspection, showing that dual core also has some use in the office - although granted there were no office performance demonstrations showcasing dual core vs. single core systems...for obvious reasons. 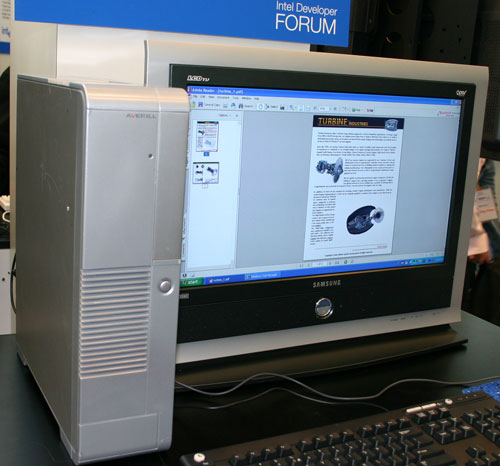 Intel did put together some relatively decent demos showcasing the benefits of dual core, the first was a video rendering test. Two systems rendered a single frame, one system was a Pentium 4 3.73EE, the other was a Pentium 4 3.2EE Dual Core. In this particular test, the dual core CPU rendered the scene in 45 seconds, compared to 67 seconds of the single core, higher clocked, Pentium 4 3.73EE. 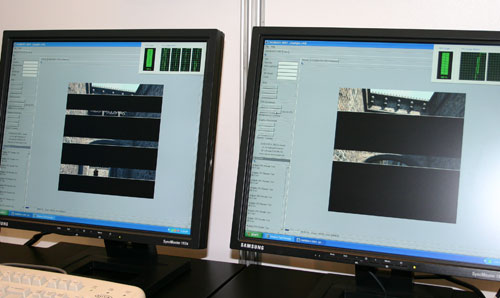 There was also a demo of OCR software converting images into PDFs, once again using the two Pentium 4 EE processors from above. The dual core processor, despite a lower clock speed, managed to fly through the conversion about twice as quickly as the single core chip. 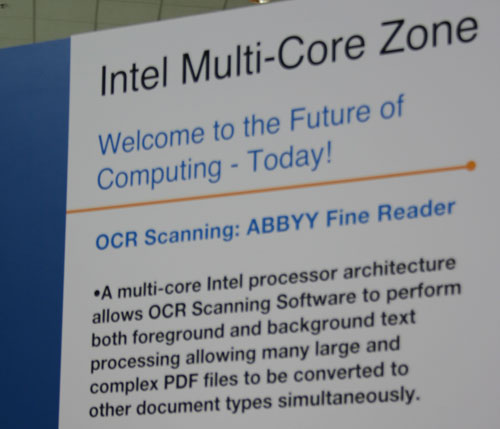 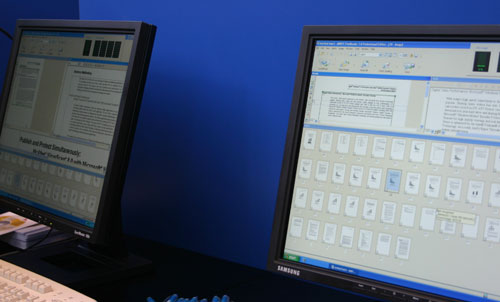 Obviously both of the aforementioned examples are demos constructed to show dual core in the best possible light, but they are gains that can be achieved once software takes advantage of dual and multi core configurations.

Intel also had a proof of concept game engine running that used multithreading to improve physics performance. Epic and id will evcentually have multithreaded game engines in their games, but we're at least another year or two away from that happening.

Next up we've got Pat Gelsinger's keynote at IDF. Gelsinger usually has some very interesting keynotes, even if they aren't always things we can really write about. The keynote starts in half an hour, so expect an update within the next two hours.