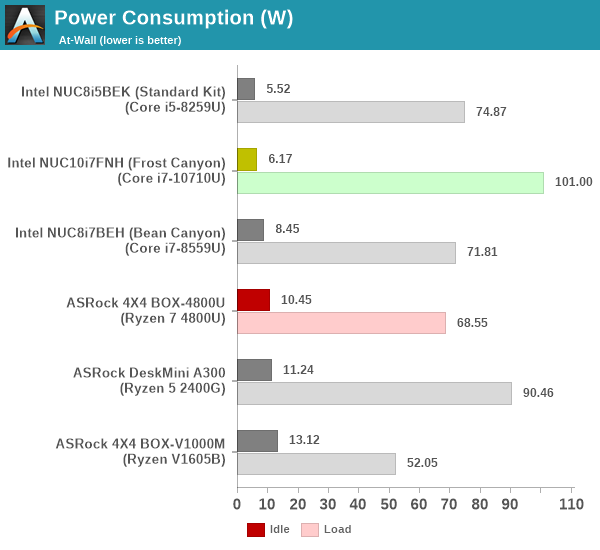 The idle power of 10.45W is a tad too high compared to the Intel NUCs. The peak power consumption is also low, compared to other systems. 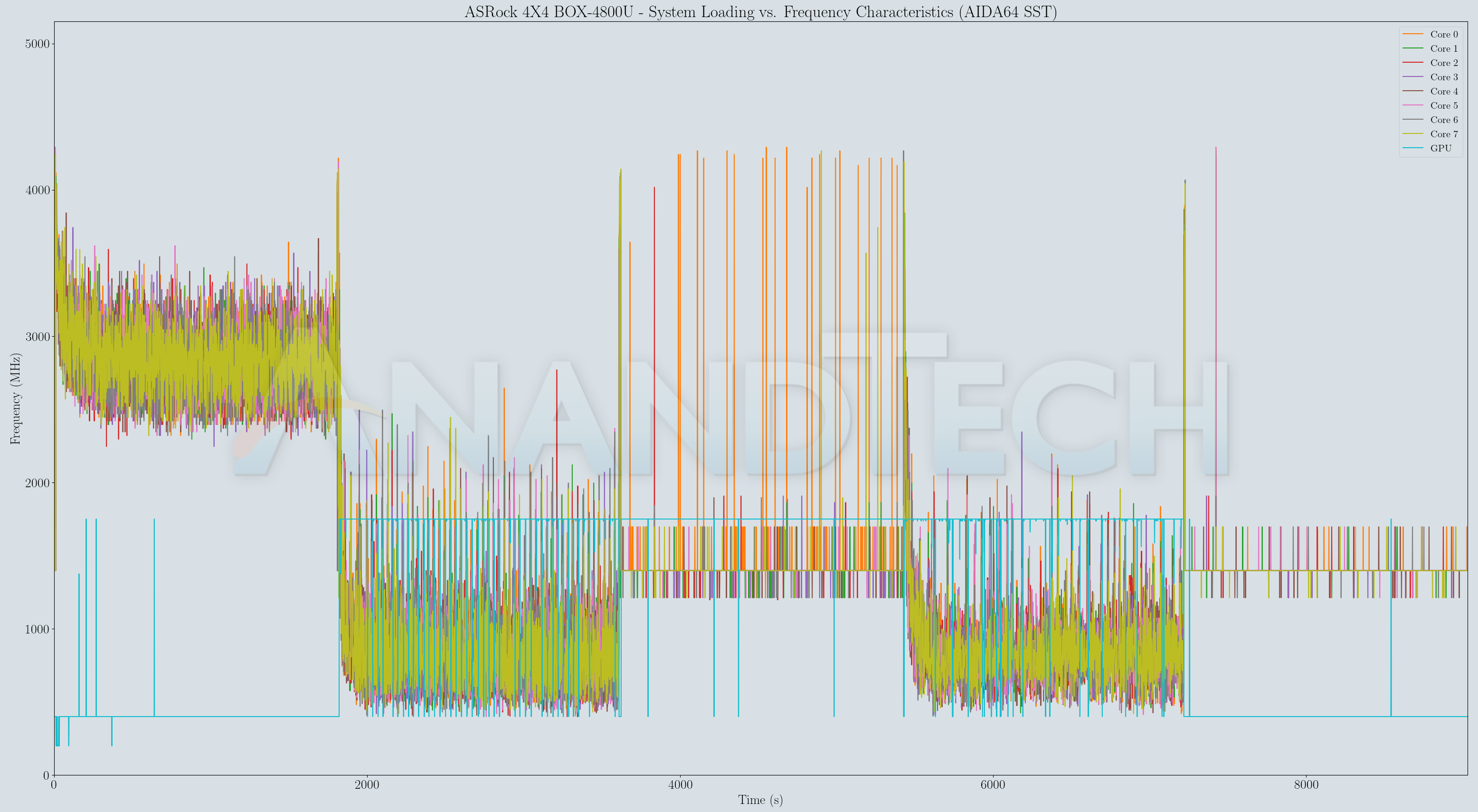 The frequencies stay above the base value (1.8 GHz) advertised. Being actively cooled, the temperature of the package doesn't exceed 95C. The key is the package power - for CPU alone, the steady state is around 15W. With the GPU in the mix, it goes up to around 20W (though instantaneous values go as high as 30W for very short bursts). 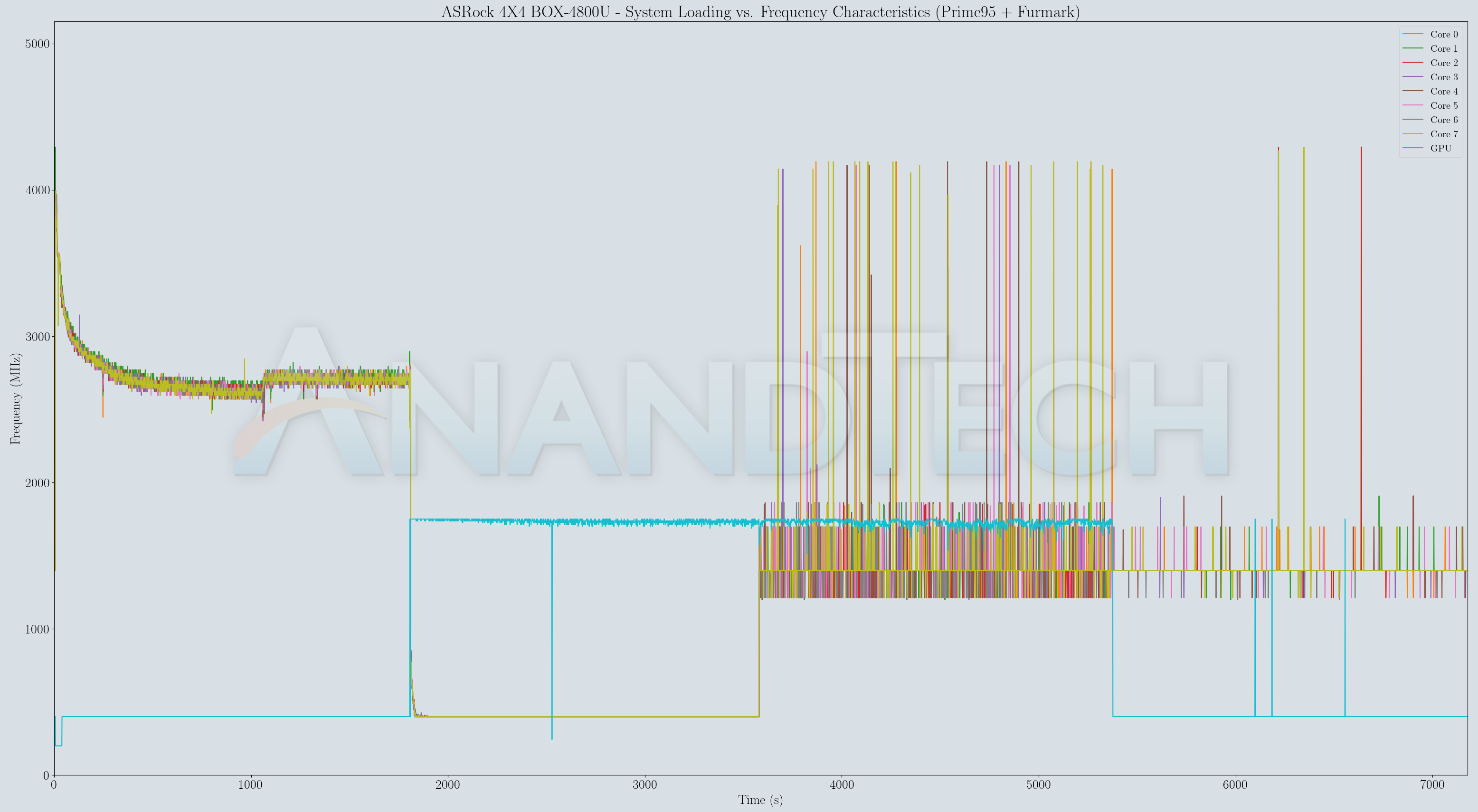 The artificial power virus test of both Prime95 and Furmark results in the package temperature going as high as 100C. According to the official specifications, the maximum permitted temperature of the Ryzen 7 4800U is 105C. The thermal solution is able to keep it below that number, allowing the processor to deliver its advertised performance in a sustained manner.