Packing all this performance into the new Xbox Series X was most certainly going to be an engineering challenge to deal with the heat generated. The design of the new console is a clear indication that heat was one of the top priorities when engineering the console. The open-top design creates convection currents which naturally draw heat to the top, and the Xbox also adds in a large fan at the top to encourage the hot air to move out the top of the device. There is a split-motherboard as well, separating the high-heat components like the SoC, and the storage, to allow for a more evening cooling. 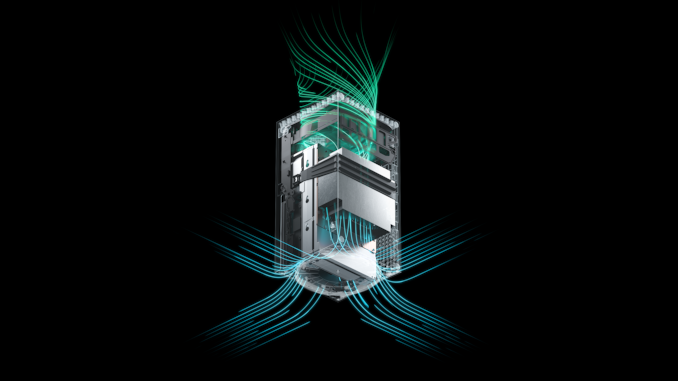 Microsoft outfitted the Xbox Series X with a large passive heatsink as well, with vertical fins as part of the “parallel cooling architecture” which allows the air to rise through the heatsink and be cast out of the top of the device by the fan, similar to how a server CPU would be cooled. 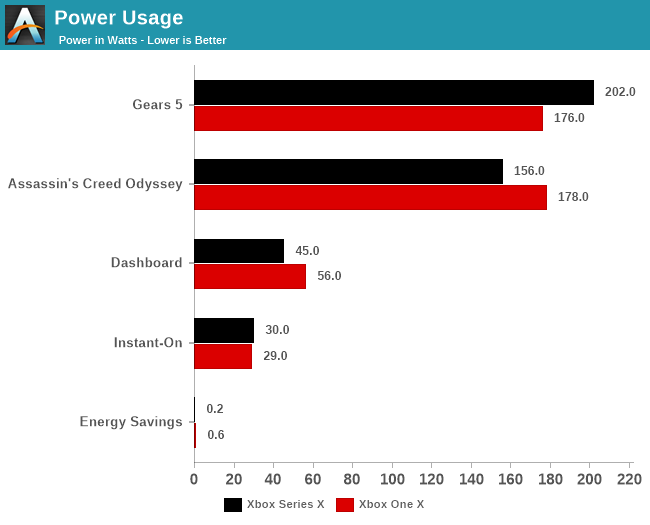 When in the energy savings mode and powered off, the Xbox Series X drew just 0.2 watts of power, which was a bit less than the Xbox One X. In the instant-on mode, that figure jumps up to 11-29 watts. One of the biggest advantages of Instant-On was, as it is named, how quickly the console resumed, but thanks to the Xbox Velocity Architecture and the console’s incredible boot time, it may not be worth running that mode. Instant-On also allows for games to be updated in the background, as well as the console to be remotely access to start a new game download, as an example, and those would still be benefits, but the power difference is significant and if you are OK not having that you can save some on your power bill.

In fact, it would be nice if Xbox offered a hybrid mode, where the console would be in full-off mode, but then wake every 8 hours or so to check for updates, apply them, and go back to off. Maybe someday.

Powered on and sitting idle at the dashboard, and the new Xbox Series X is a bit more power efficient than the Xbox One X, thanks to the 7 nm process, and it consumes around 44-45 Watts at idle.

That trend continues with a backwards compatible game in Assassin’s Creed Odyssey. The new console consumes almost 25 Watts less power in the same portion of the game to achieve the same performance levels. The new 7 nm process and RDNA 2 architecture is showing its strengths.

Moving to a game optimized for Series X in Gears 5, which features 4K60 gameplay and cut scenes, and the Xbox Series X finally eclipses the Xbox One X, which also offers 4K60 gameplay in this title. But still, a hair over 200 Watts of total device power is particularly good for a 4K60 game. If you look at the Radeon RX 6800 graphics card, it has a total board power of 250 Watts for 13.9 TFLOPS vs 12 TFLOPS in the Xbox Series X, and the Xbox also includes the CPU, storage, and all other aspects. Microsoft has clearly paid close attention to the DVFS curves on the Zen 2 and RDNA 2 components, keeping them from getting too far out of hand and causing a significant power requirement increase for a minimal performance gain.

Looking at the infrared signature from the Xbox Series X, and we see pretty normal results for a console. 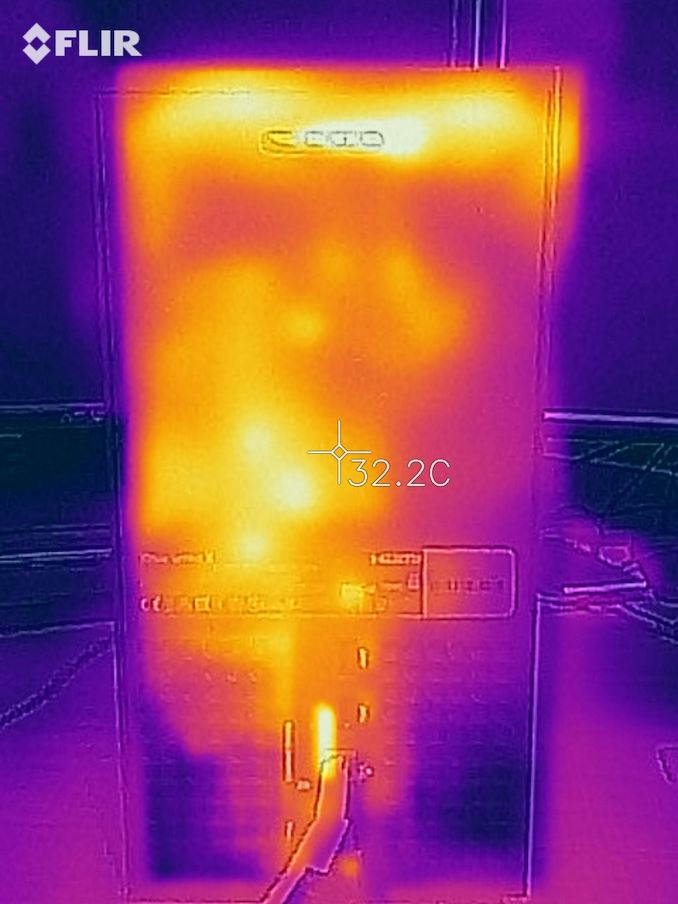 The heat is unsurprisingly concentrated on the top of the system, where the fan is expelling the hot air. The console gets warm, but never hot, and the heat output and temperatures are really not much different than the Xbox One X. 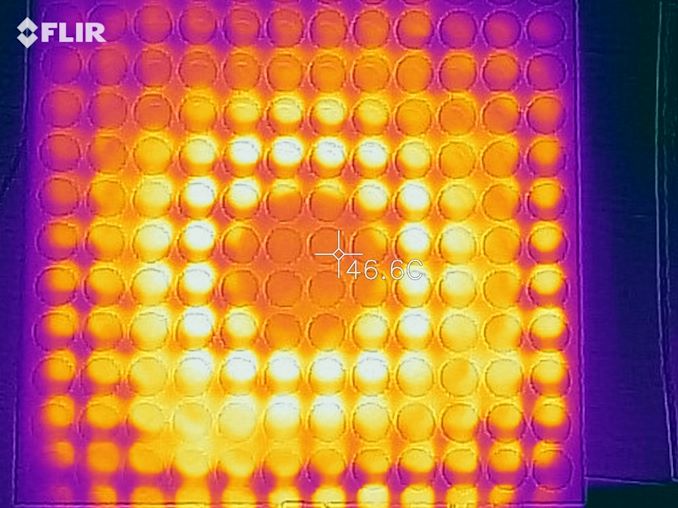 Noise is a different story though. The Xbox team has hit one out of the park here. At idle, the Xbox Series X is basically silent. The SPL meter could not detect the Xbox Series X over the baseline noise in the room, so it read about 36 dB(A) measured one inch in front of the console. At load, the noise level basically did not change, with a measurement of 37.3 dB(A). That is an incredible result for a console with 12 TFLOPS of graphics performance and the ability to pull 200+ Watts. 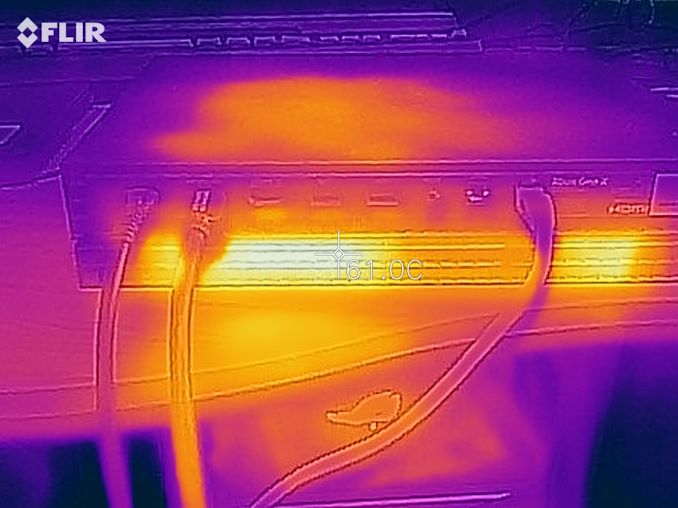 As a comparison, the Xbox One X, which should be stated is three years old now, with three years of dust and wear on the fan, idled at 38.5 dB(A) measured one inch in front of the console, and ramped up to 45 dB(A) under load playing Gears 5. To put this difference in perspective, the new Xbox Series X is quieter playing Gears 5 than the Xbox One X is at idle. The attention to detail on cooling and sound by the Xbox team is really a homerun here.