One of the weak spots on Acer’s Nitro lineup has been the display in the past, so we will see how the new model fares. The base offering is a 15.6-inch 1920x1080 IPS display, offering a 60 Hz refresh rate, and on higher-tire models there is a 144 Hz offering available, although with the limited GPU offerings, that is likely overkill for this machine. There is no G-SYNC available either, so although 144 Hz displays are fantastic, the Acer Nitro 5 likely won’t be able to achieve that kind of framerate at its native resolution anyway.

There is no touch support, so there is no reflective glass over the top of the display, so it works quite well in most environments. The resolution provides a relatively meagre 141 pixels-per-inch, but with the gaming focus, this is 100% the correct resolution to offer. 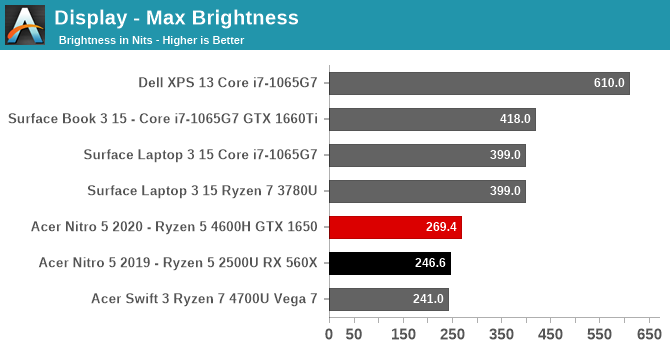 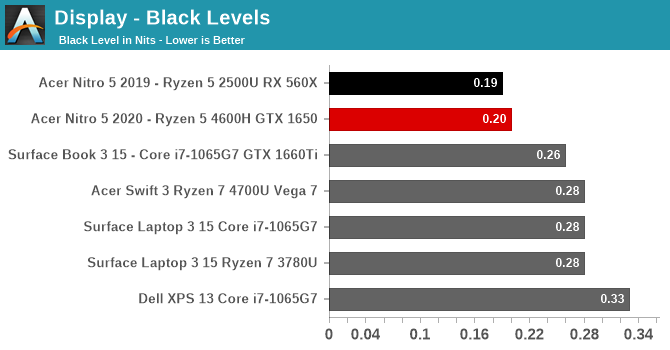 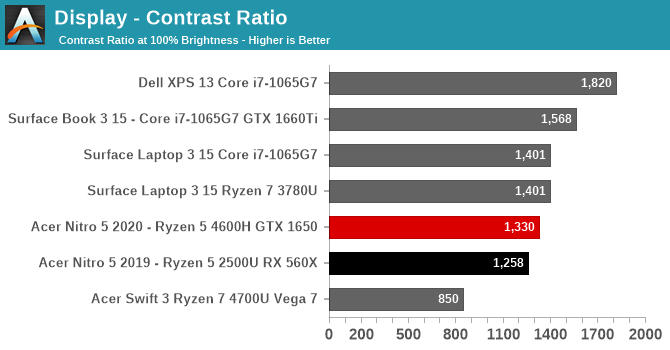 To hit a price target, one of the first areas generally cut is the display backlighting, and that is certainly the case here. At just 260 nits of peak brightness, the Acer Nitro 5 is one of the least-bright displays we have tested recently. That being said, it does offer relatively good black levels, so the overall contrast ratio is very solid at 1300:1. 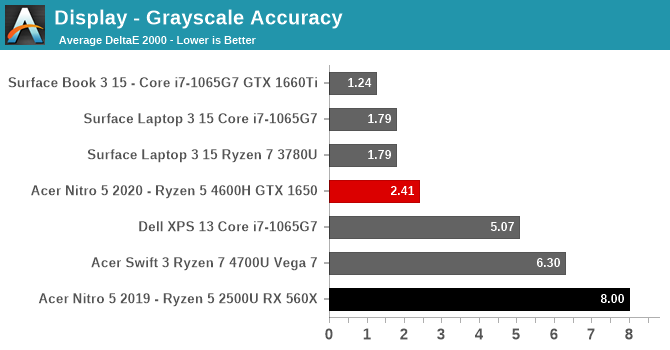 At 200 nits brightness, the grayscale was very impressive on the Nitro 5, with very even red, green, and blue coloring to the white levels. The overall result did not go over the 3.0 level at any point, and the average was just 2.4 dE2000, which is quite good. 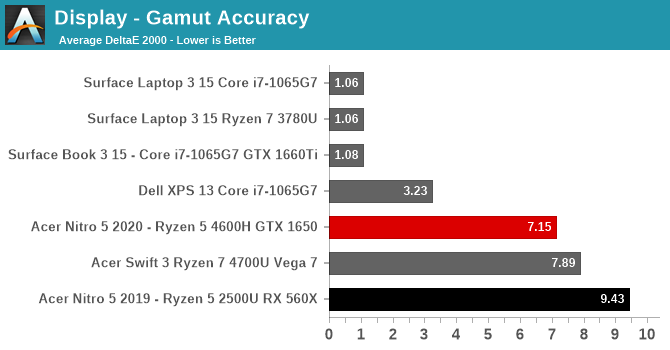 Unfortunately for the Acer Nitro 5, the good grayscale is not backed up by good color accuracy. The Nitro 5 backlighting is not only dim, it can not even get close to covering the entire sRGB color gamut. The blue values are very undersaturated at 100% levels, but red and green are both unable to hit the correct target either, so the secondary colors are quite far off the mark as well. 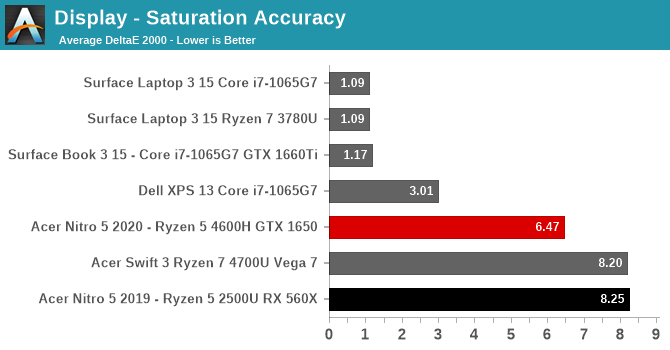 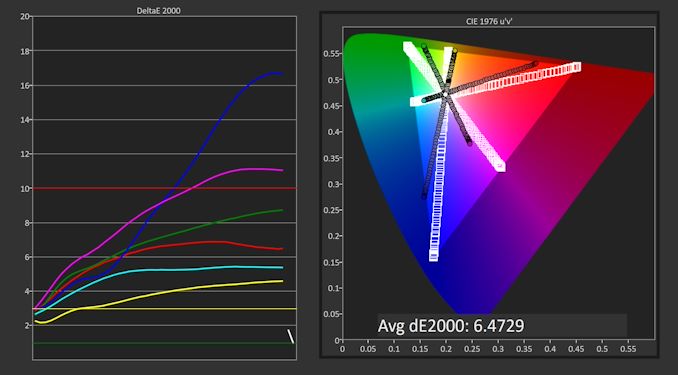 Gamut tests the color accuracy at 100% levels for the primary and secondary colors, and the saturation test does the same thing but at 4-bit steps from 0% to 100%. The blue levels are some of the worst results we have seen in years, with a peak error level of almost 17. For reference, error levels of 3.0 are considered accurate, and under 1.0 is considered impossible for the eye to distinguish. 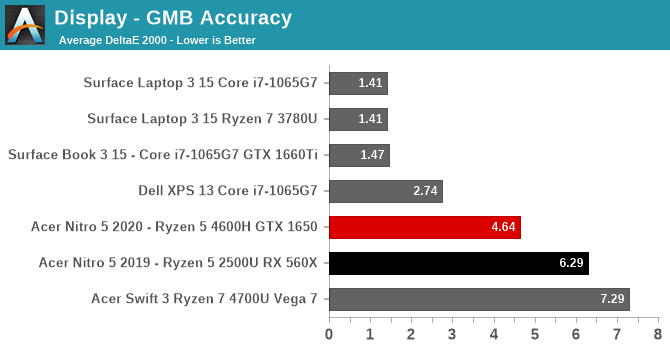 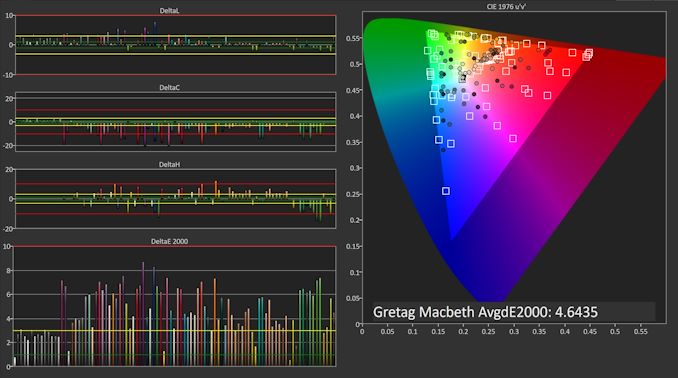 The Gretag Macbeth swatch tests not just the primary and secondary colors, but many others as well, including the important skin tones. With the display unable to achieve the full sRGB gamut, the GMB results are unsurprisingly poor. The average error level is helped by reasonable grayscale, but most of the other colors are quite far off.

The colorchecker tests a sample of colors, and displays the target color on the bottom with the measured color on the top, to give a visual indication of the inaccuracy of the display. This is a relative result, as any errors in your own display will change the output, but it is still a handy way to more easily interpret the error levels shown above. It is not very pretty for the Acer Nitro 5.

Going into this review, there were not high hopes for the display. It is an area where Acer has found room to keep costs down in the past, and if we are being honest, it is an area where you expect less than ideal results in a budget-focused design. That being said, $300 iPads and $500 Surface tablets ship with full sRGB displays that are calibrated per-device. This display is fine for what it is. It is an IPS display, with good viewing angles, and at least on the review unit, good white values, but although some slack must be given Acer due to the tight budget on this device, it is still a bad display.