There are a number of storage benchmarks that can subject a device to artificial access traces by varying the mix of reads and writes, the access block sizes, and the queue depth / number of outstanding data requests. We saw results from two popular ones - ATTO, and CrystalDiskMark - in a previous section. More serious benchmarks, however, actually replicate access traces from real-world workloads to determine the suitability of a particular device for a particular workload. Real-world access traces may be used for simulating the behavior of computing activities that are limited by storage performance. Examples include booting an operating system or loading a particular game from the disk.

The Full System Drive Benchmark comprises of 23 different traces. For the purpose of presenting results, we classify them under five different categories:

PCMark 10 also generates an overall score, bandwidth, and average latency number for quick comparison of different drives. The sub-sections in the rest of the page refrence the access traces specified in the PCMark 10 Technical Guide.

The read-write bandwidth recorded for each 1GBps-class drive in the boo access trace is presented below. 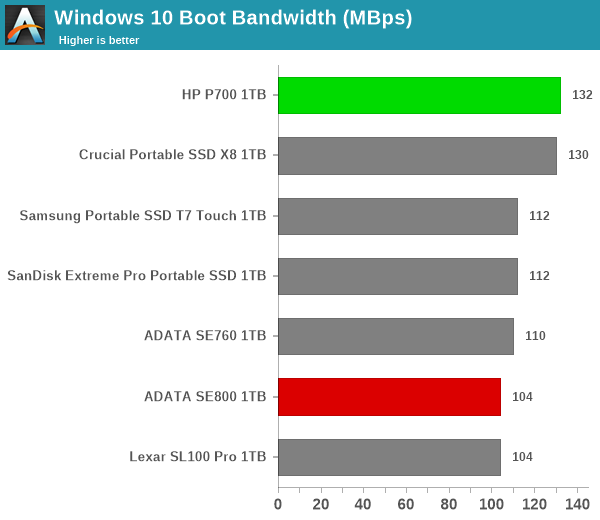 The HP P700 overtages the X8 by 2MBps, while the other drives including the two new ADATA ones are clustered between 104 MBps and 112 MBps. Given the amount of data traffic involved, the gulf is unlikely to result in a major difference in the boot times with various drives. The equivalent graph for the 500MBps-class drives is shown below. 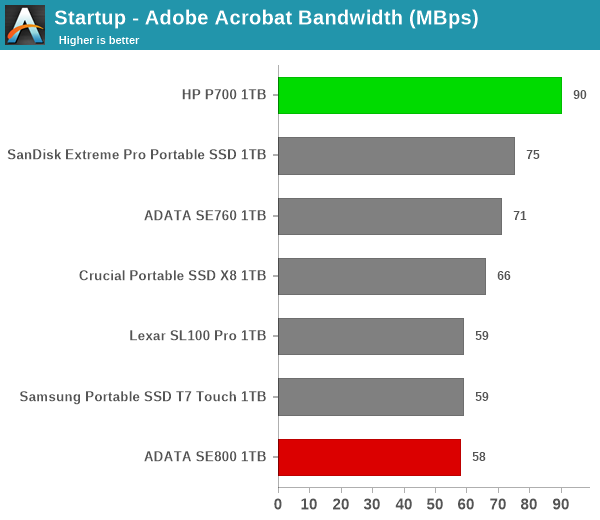 The HP Portable SSD P700 emerges as a top performer (sometimes by a significant margin) in almost all of the creative workloads. The case for the HP P600 is similar in the 500MBps-class drives set below.

The read-write bandwidth recorded for each 1GBps-class drive in the exc and pow access traces are presented below. 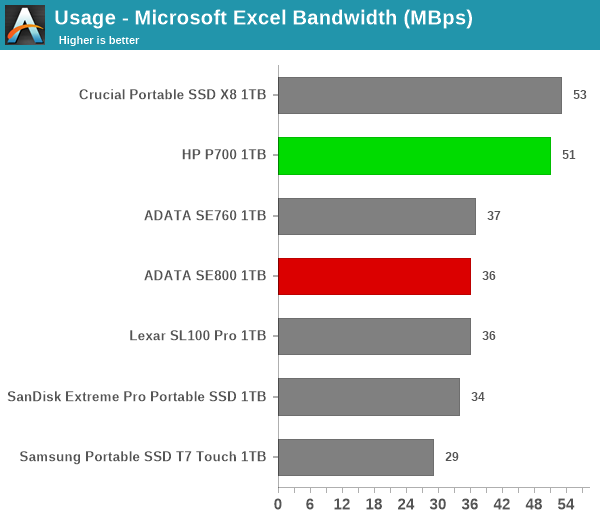 The HP P700 performs well in the office workloads too, though the lead is not quite as significant as what was seen in the previous workloads set. The HP P600 does perform signficantly better than the ADATA SC680 in the 500MBps-class, though.

The read-write bandwidth recorded for each 1GBps-class drive in the bf, cod, and ow access traces are presented below. 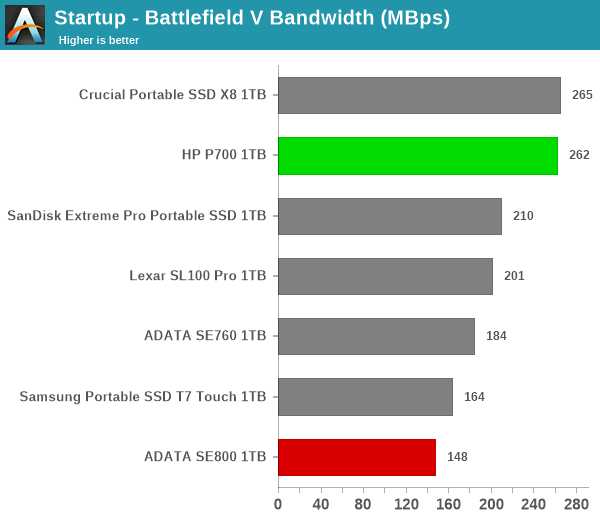 The Crucial X8 and HP P700 are neck-and-neck in the gaming workloads above, but the HP P600 emerges as the clear winner in the 500MBps-class.

The read-write bandwidth recorded for each 1GBps-drive in the cp1, cp2, cp3, cps1, cps2, and cps3 access traces are presented below. 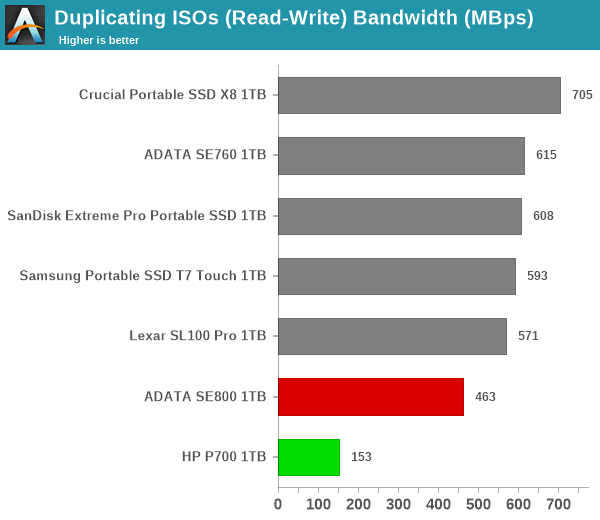 For pure reads or writes, the HP P700 performs well as seen in previous sections. However, once mixed traffic starts coming in, both the HP P700 and ADATA SE800 suffer, with the former being affected more. The ADATA SE760 performs much better with mixed traffic compared to the other two drives.

On the 500MBps-class front, we see that the ADATA SC680 putting up a much better challenge, and even performing better than the HP P600 in a few cases.

PCMark 10 reports an overall score based on the observed bandwidth and access times for the full workload set. The score, bandwidth, and average access latency for each of the 1GBps-class drives are presented below. 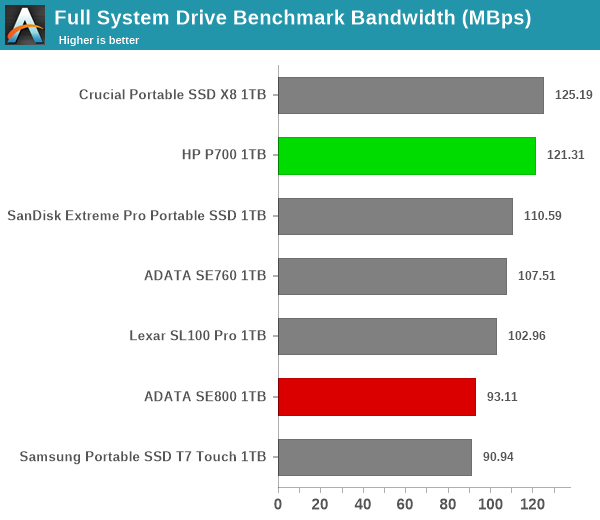 The Crucial X8 and the HP Portable SSD P700 perform quite similarly as far as the practical PCMark 10 workload traces are concerned.

The HP Portable SSD P600 emerges as the best of the lot in the 500MBps-class set by a huge margin.