We’ve noted the earlier discussions of Intel’s TDP handling and how Tiger Lake has 15W and 28W operating modes, and where this comes into play the most is in multi-threaded scenarios where the platform is generally power envelope limited, having to otherwise clock down.

We’re showcasing the MT performance in SPEC for both the Tiger Lake modes, comparing it to both the 15W Ice Lake and AMD Renoir chips. As a note, the 15W Ice Lake platform had a sustained power draw of 18W which makes things not quite as apples-to-apples. Also as a reminder, the Intel systems have 4 cores and are running 8 thread instances, while the AMD system has 8 cores and is running 16 threads. 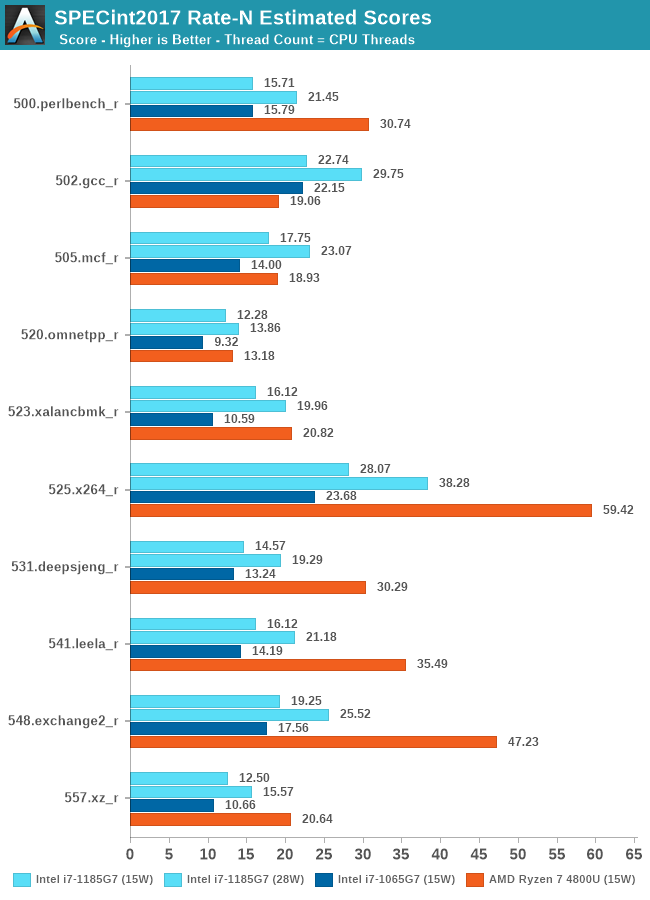 At first glance, the Tiger Lake system performs quite well versus its predecessor, but that’s mostly only in the 28W mode. At 15W, the generational boost, while it is there, isn’t that significant. This might point out that efficiency isn’t all that much better this generation.

AMD’s platform scales incredibly well in execution-bound workloads as it fully takes advantage of double the core count. In more memory-heavy workloads, the Zen2 cores here seem to be lacking sufficient resources and scale below the performance of Intel’s 4-core designs in some workloads. 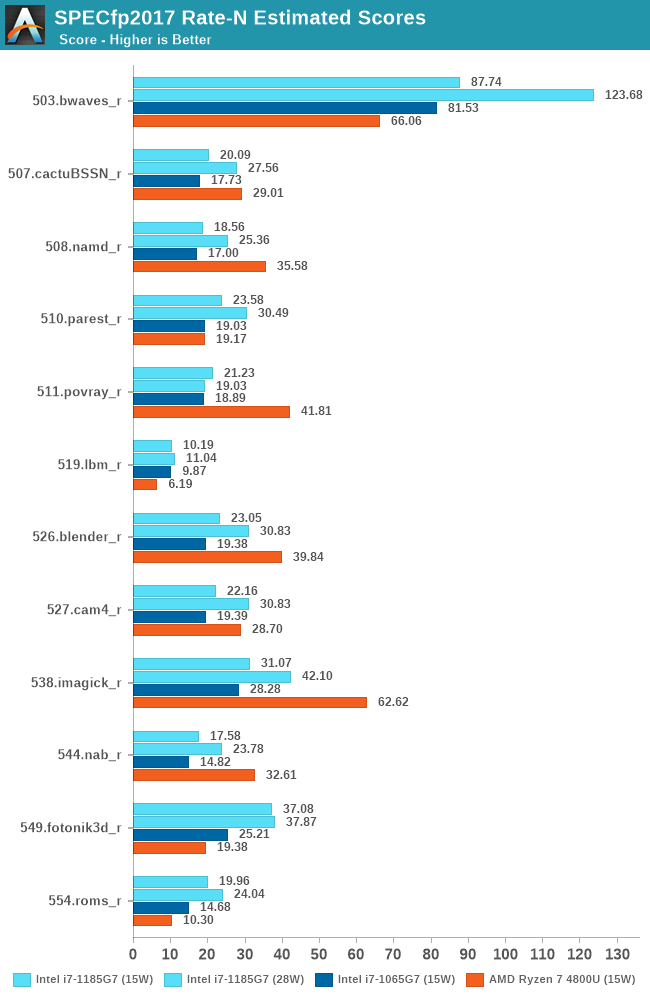 In the floating-point results, it’s again a matter of TDP headroom as well as memory performance scalability. In the 15W results, the Tiger Lake chip posts rather small improvements over its Ice Lake counterpart, whilst in the 28W mode the gains are more considerable and even manages to outperform the AMD system more often than not. 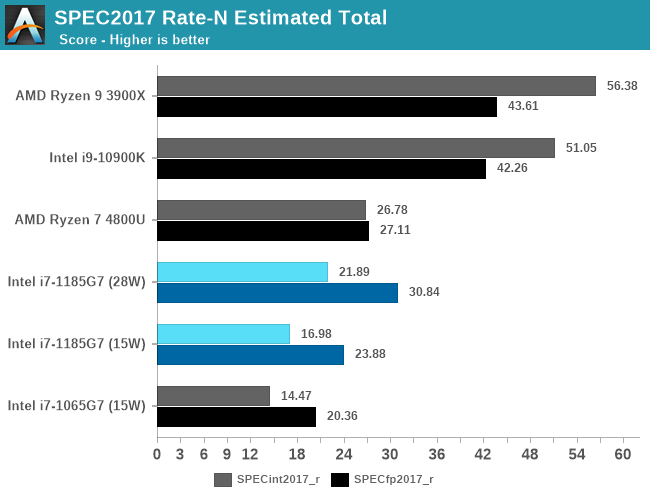 In the overall scores, the verdict on Tiger Lake is dependent on how you evaluate Intel’s performance gains. At an (semi)equal-TDP level between Tiger Lake and Ice Lake, the improvements in performance are 17%. Intel does reach a larger 51% generational performance boost in its 28W configuration, but at that point we’re talking about quite different cooling solutions inside of a laptop, no longer making this a valid apples-to-apples comparison.

We haven’t had opportunity to test out higher TDP -HS model of Renoir yet, but with the 15W 4800U already mostly tied with the 28W i7-1185G7, we would expect it to notably outperform the Tiger Lake chip.

Overall, Tiger Lake seems to be offering roughly 20% better performance per watt over its predecessor, with increased performance beyond that coming at a cost of higher power consumption.