In order to find out the dependency of various GPUs on fast CPUs, we took our Athlon 64 test bed and while keeping all variables the same, adjusted the clock speed from 1GHz all the way up to 2.6GHz. We ran two groups of cards across the entire spectrum of clock speeds in order to get CPU scaling curves on a per card basis.

The first group of cards were classified as "High End" cards and were all run at 1600 x 1200. All of the cards are graphed on the same graph as to help users determine at what CPU speed it makes sense to purchase a faster card.

The second group of cards were classified as "Mid Range" cards and were all run at 1280 x 1024. All of the cards are graphed on the same graph as to help users determine at what CPU speed it makes sense to purchase a faster card.

By no means were these charts meant to be all inclusive, but they should serve as a good guide for weighing CPU vs. GPU purchases. We also included a benchmark of Half Life 2 deathmatch in the results here using our own custom demo - at_mp_3.

All cards were run at the same high detail settings we performed our Half Life 2 GPU comparison under.

For our High End cards we’re looking at the Radeon X850 XT Platinum Edition, the Radeon X800 XT and Radeon X800 Pro from ATI.  From NVIDIA we have the GeForce 6800 Ultra and GeForce 6800GT.  We realize that this isn’t an all encompassing list of GPUs, but you should be able to extrapolate scaling of similar high end cards based on their performance relative to these five.

The most important graph is the first one as it is an average of all six of our Half Life 2 timedemos and gives you the best overall indication of CPU scaling of these GPUs on a holistic level. We have, however, included the individual charts for each timedemo for reference. 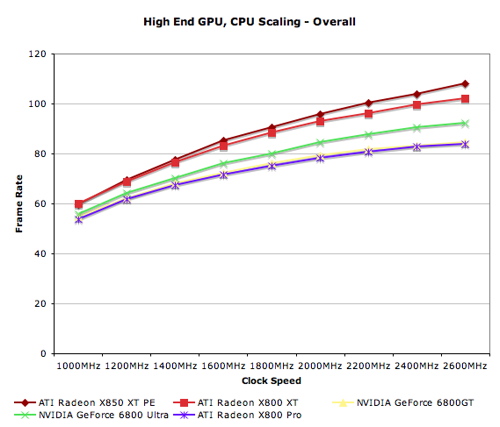 Interestingly enough, at 1600 x 1200, all of these high end GPUs scale quite similarly with CPU speed. We see that at lower speeds, the X850 XT PE performs identically to the X800 XT, it is only after you get above 2.2GHz on the Athlon 64 that the two even begin to separate. The same is not true for the GeForce 6800GT and Ultra, those two really begin separating much earlier on in the game. 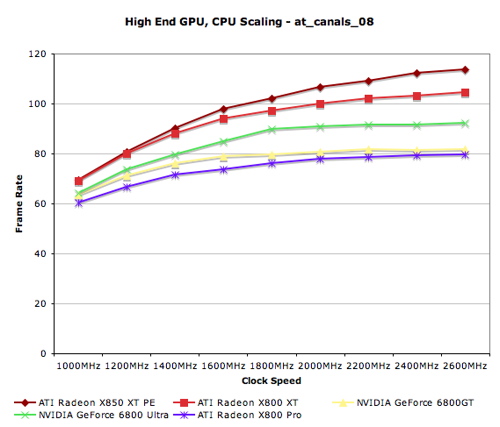 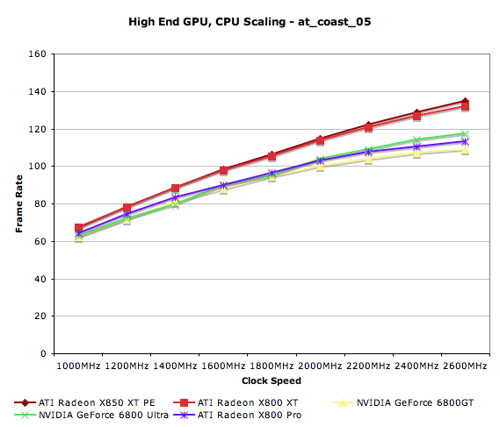 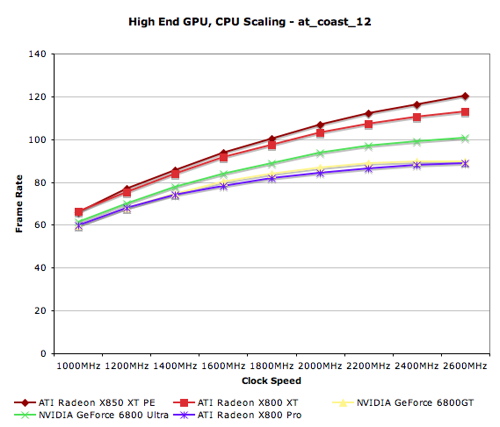 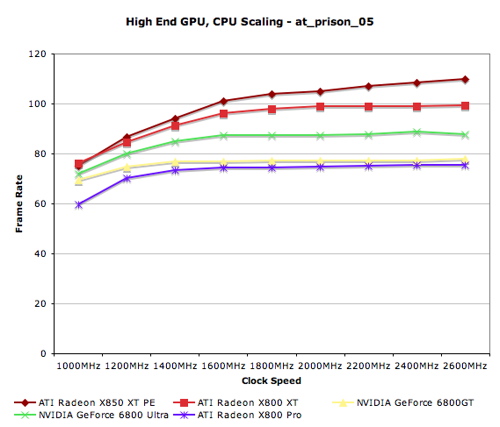 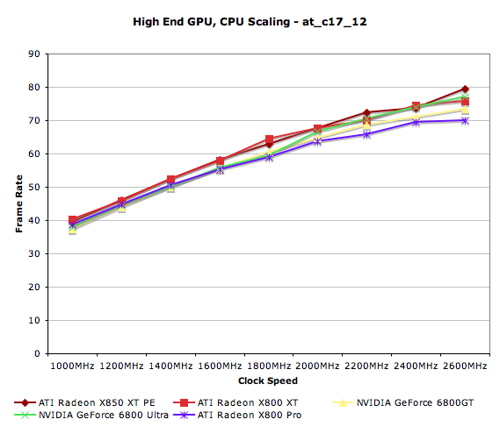 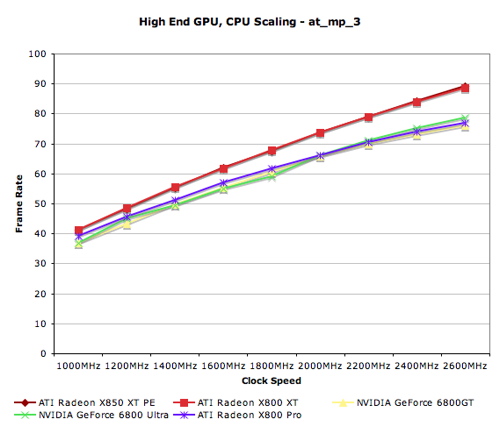