Microsoft committed to display quality in a big way back with the launch of the original Surface Book in 2015, and have continued to deliver some of the best displays in the PC industry. The Surface Book 3 offers the same display choices as the previous generation, with the 13.5-inch getting a 3000x2000 panel, and the 15-inch offering a 3240x2160 panel. The Surface Book team has also shown the importance of not only strong color accuracy and high resolution, but also high contrast ratios as well.

When Microsoft bucked the trend of 16:9 displays on Windows-based laptops, it was a big improvement to the tablet experience, since a 16:9 device works very poorly as a handheld display. The tablet capabilities have been promoted less over the years, but the 3:2 aspect they chose also tends to work very well for productivity tasks on a laptop computer. The industry took note, and we have all benefited, and more and more devices are shipping with taller aspect ratios, whether it be 3:2, or 16:10. 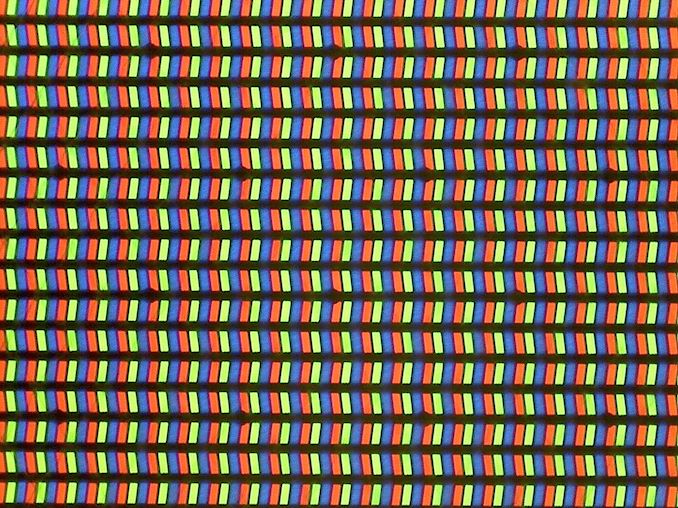 The one area where the 3:2 aspect can be a problem though is gaming, with some games counting on 16:9 aspect ratios. Thanks to the nearly seven million pixels on this panel, gaming at the native resolution, even with the GTX 1660 Ti, is not always possible, so having to fall back to 1920x1080 can be a hit or miss proposition. It can also cause some letterboxing when watching 16:9 video, but unless that is all you are planning on doing on the Surface Book, it likely won’t be an issue.

The seven million pixels translates into 260 pixels per inch, making the display much sharper than the Surface Laptop 3 15 (which is right at 200 pixels per inch), so text is very crisp. Microsoft continues to include both an sRGB color mode, adhering very strictly to the sRGB gamut, as well as an “Enhanced” display mode, which adds a bit more punch to the colors. The only device Microsoft currently offers a wider-than-sRGB gamut is the Surface Studio desktop, which offers not only sRGB but also DCI-P3 and P3-D65 gamut options.

This is a bit of a touchy subject on Windows-based PCs though. Other manufacturers are adding wider gamut support such as P3-D65 or Adobe RGB, as well as HDR capabilities, so it may seem like a negative to not see this on Microsoft’s flagship notebook, but the fact of the matter is that the experience of using wide gamuts and HDR in Windows 10 is poor, to say the least. Windows has never offered a system-wide color management system, instead leaving the use of CMS up to individual applications, which as you can likely guess, more often than not do not leverage it. The Windows Shell itself has no color management built-in, so running a wide-gamut display will alter the colors of the desktop, Start Menu, and more. Until Windows fixes the mess that is color, it is probably the correct decision to stick with the “normal” gamut of sRGB even on a notebook such as this.

But, if there is to be any movement here, it feels like Microsoft is finally set up for success. In February, Panos Panay, who was the head of the Surface team, was tasked with heading the new Windows and Device team at Microsoft, so he is charge of not only Surface but also Windows Client. The Surface team has already brought about change in Windows, adding features that the Surface team required for their products directly into Windows, so if there was ever a time to see Microsoft take color management seriously, it would be now.

To see how the Surface Book 3 compares to its predecessors, we tested the display properties with an X-Rite i1Display Pro colorimeter for brightness and contrast measurements, and the X-Rite i1Pro2 spectrophotometer for color accuracy readings. As always, we thank Portrait Displays for the CalMAN software suite. Despite the high-resolution panel, the Surface Book 3 achieves a solid 420 nits of brightness, and continues to offer the strong black levels we are accustomed to on this series of notebooks. It does not quite match the exceptional panel we had tested on the Surface Book 2, but it is still strong. As usual, the Surface team’s calibration has done an excellent job, with very consistent RGB levels across the entire range, and error levels well under the 3.0 target. Gamma is slightly low at the dark end of the range, but manages to come in very close to the 2.2 target. The Surface Book 3 achieves nearly perfect sRGB gamut coverage, with the blue levels only slightly off. The saturation sweep tests the same primary and secondary color axis, but at 4-bit steps rather than at the 100% levels, and the Surface Book 3 delivers very strong results across the entire range. Red and Cyan are slightly off, but it would be difficult to detect with the naked eye. Our final test is the Gretag Macbeth, which not only tests the primary and secondary colors, but also many colors in-between, including the all-important skin tones. With an average error level of 1.46, the Surface Book 3 performs very well, and it achieves that without a single color having an error level above 3.0.

Finally, this relative ColorChecker test shows the expected color on the bottom, and the achieved color on the top of the image. It is relative though because any error in your own monitor would be displayed here. But as we are used to on Surface devices, the display accuracy is fantastic.

The Surface Book 3 continues to deliver one of the best display experiences in the PC space. The combination of high pixels-per-inch, strong contrast, and top-tier color accuracy continue to place the Surface Book 3 ahead of most displays on the market.

The lack of wider-gamut and HDR support is noticeable though on a spec sheet, even if the overall customer experience may not be as good as a proper sRGB display. We can hope that with Surface and Windows under the same leadership now, this may finally be addressed, but as we’ve seen with the High DPI changes in Windows 10, that change is not always easy or pain-free.