The ASRock Z490 Phantom Gaming 4 is part of a series of four models which caters towards the entry-level market segment, with each board based upon the same design with silver heatsinks and a silver and black printed PCB. Each model from the Phantom Gaming 4 series on Z490 offers different networking capability. Everything else remains the same across all four PG4 models with two PCIe 3.0 x4 M.2 slots, six SATA ports, two full-length PCIe 3.0 slots and a Realtek ALC892 HD audio codec. 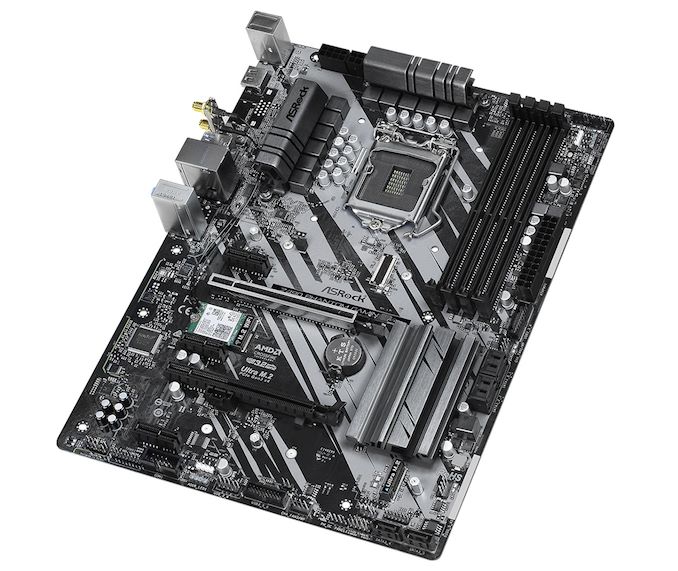 The different options available include one base model with Gigabit Ethernet, with another with Gigabit Ethernet plus Wi-Fi 5 support, another with Gigabit and a Wi-Fi 6 wireless interface, and a model with 2.5 G Ethernet. Everything else hardware-wise remains the same with two full-length PCIe 3.0 slots which operate at x16/+4, with three PCIe 3.0 slots. There are two PCIe 3.0 x4 M.2 slots, with six SATA ports; four right-angled and two straight angled. For memory, there are four slots with support for up to DDR4-4400 with a maximum capacity of up to 128 GB. ASRock is advertising the Z490 Phantom Gaming 4 and all its variants to include a 10-phase power delivery, which has an 8-pin and 4-pin pair of 12 V ATX CPU power inputs.