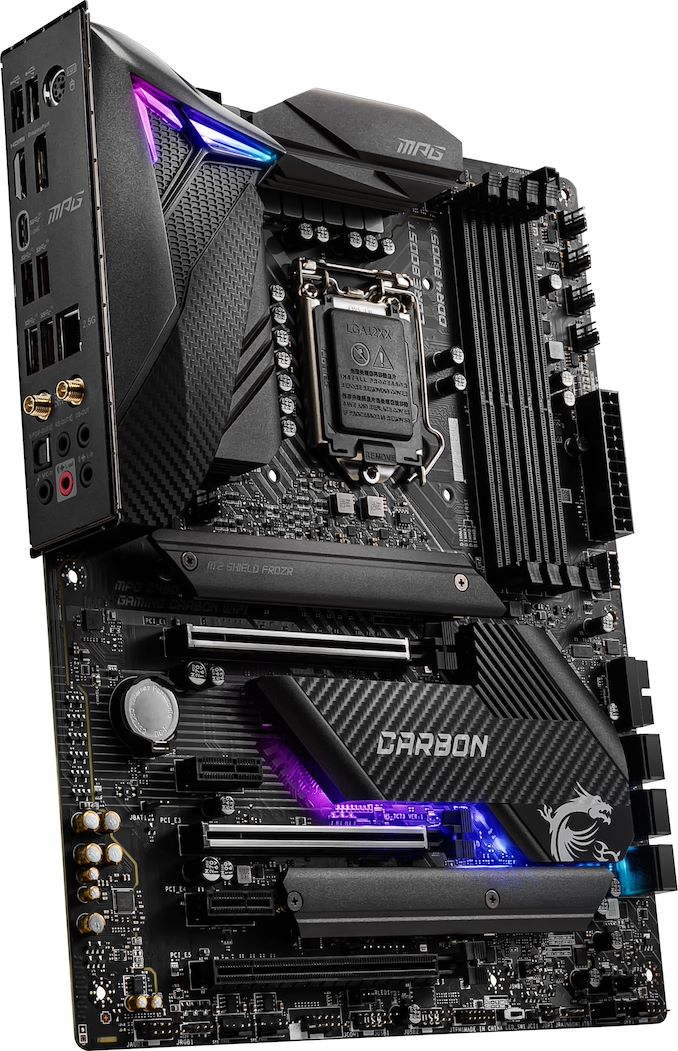 Its design consists of carbon look heatsinks across the board with integrated RGB LED lighting at the top of the rear panel cover, and again on the chipset heatsink which can be customized via the MSI Mystic Light RGB software. Following a similar design is the PCB, which is black with grey lined printing. For expansion is three full-length PCIe 3.0 slots which operate at x16, x8/x8, and x8/x8+4, with two PCIe 3.0 x1 slots. The board has two PCIe 3.0 x4 M.2 slots with individual heatsinks, while the six SATA ports support RAID 0,1, 5, and 10 arrays. The MSI MPG Z490 Gaming Carbon WIFI has support for DDR4-4800 memory across four memory slots, with a total capacity of up to 128 GB.

The MSI MPG Z490 Gaming Carbon WIFI slots into the competitive Z490 mid-range segment. It ticks a lot of boxes with good USB 3.2 G2 support, with Intel's Wi-Fi 6 wireless interface and a Realtek 2.5 G Ethernet controller. It has support for multi-graphics setups, as well as users looking to utilize the Intel integrated graphics, and has enough storage capacity for gamers to utilize in creating a solid Intel-based gaming system. MSI hasn't provided information on pricing at this time.