Representing GIGABYTE's mid-range Aorus series is the Z490 Aorus Ultra with virtually identical aesthetics when compared with the Z490 Aorus Master. It's also a step up in spec too for enthusiasts with its direct 12-phase power delivery, with use nanocarbon fins for the and direct touch heat pipes on the heatsinks with GIGABYTE claiming it improves heat dissipation. Included in the specifications is an Intel 2.5 G Ethernet controller, Inte's AX201 Wi-Fi 6 wireless interface, three PCIe 3.0 x4 M.2 slots, and three full-length PCIe 3.0 lanes with support for up to two-way NVIDIA SLI and three-way AMD Crossfire. 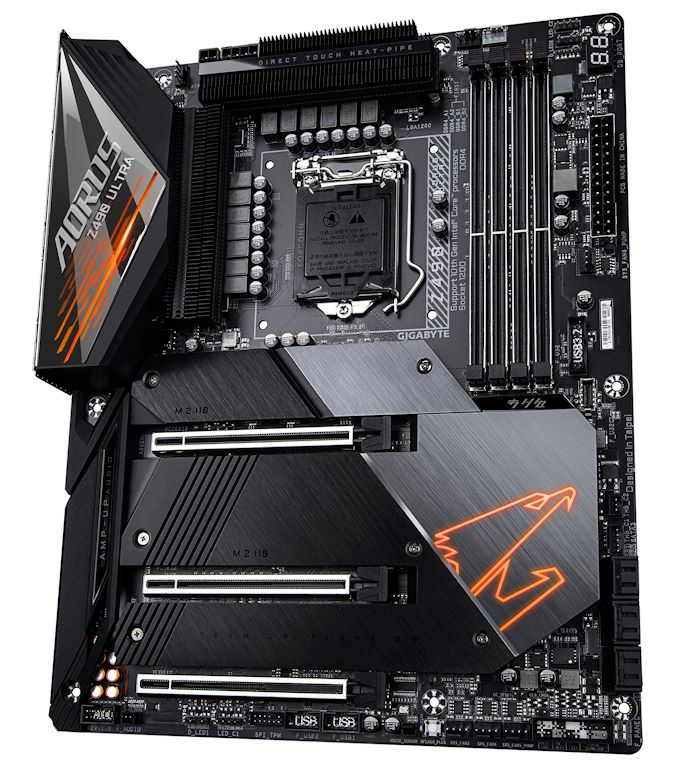 The GIGABYTE Z490 Aorus Ultra has a black and grey theme with PCIe slot armor, with integrated RGB LEDs in the rear panel cover and a large Aorus logo on the chipset heatsink. It has three full-length PCIe 3.0 slots which operate at x16, x8/x8, and x8/x8/+4, with three PCIe 3.0 x4 M.2 slots, and six SATA ports. Cooling the 12-phase power delivery driven by an ISL69269 PWM controller is a nanocarbon fin array heatsink, with an 8-pin and 4-pin pair of 12 V ATX CPU power inputs. Memory support is improved over Z390 with four slots capable of running up to 128 GB of DDR4-4800.