Moving onto the other Z490 model EVGA has up its sleeve for Intel's 10th generation processors is the EVGA Z490 FTW WiFi. It follows a more conventional design when compared to the Z490 Dark, and has some noteworthy features. These include two PCIe 3.0 x4 M.2 slots, six SATA ports, with an Intel Gigabit Ethernet controller and a WiFi 5 wireless interface. 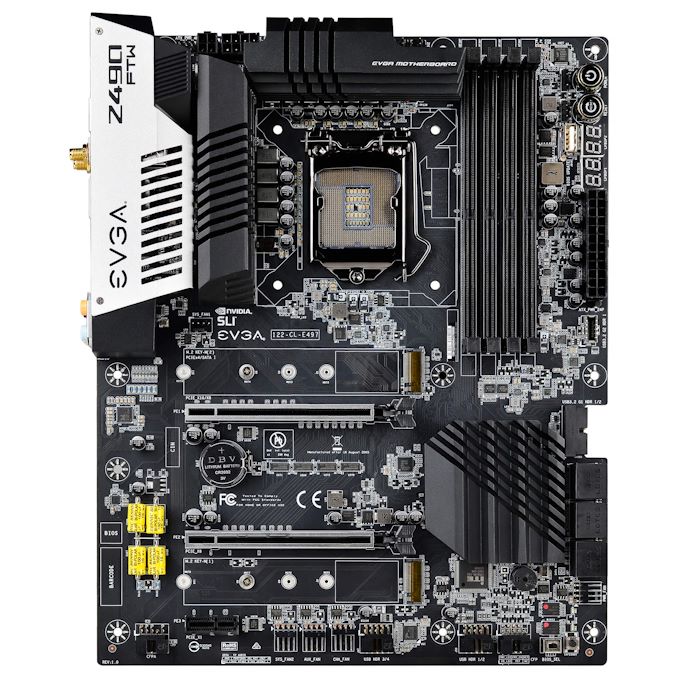 Based on the ATX form factor, the EVGA Z490 Dark has a simplistic silver and black theme throughout including the rear panel cover and a black ridged chipset heatsink. On the power delivery, EVGA is advertising a 14-phase design and has a large pair of heatsinks which are interconnected via a heat pipe. Providing power to the CPU is an 8-pin and 4-pin 12 V ATX combo. There are two full-length PCIe 3.0 slots which run at x16, and x8/x8, with a single PCIe 3.0 x1 slot. For storage is two PCIe 3.0 x4 M.2 slots, with six SATA ports, four from the chipset and two from an ASMedia controller. Across the boards four memory slots, there is support for up to 128 GB of DDR4-4400 memory. 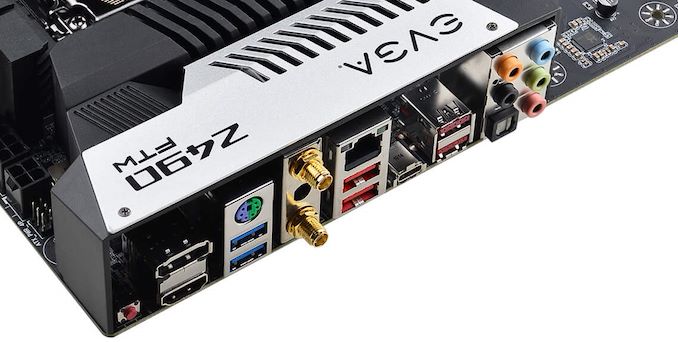 At present, EVGA hasn't given us a price for the Z490 FTW WiFi, but it's not expected to be too high considering its mid-range controller set. It takes some elements of previous EVGA models with its styling, and the neutral black and silver theme will please many users looking to build a new system. Included in the software bundle is EVGA's accessible and intuitive ELEET X1 Tuning utility. At the same time, there is an onboard power and reset button with the same dual CPU, and temperature monitors from the Z490 Dark are present on this model too.