Moving down the ASUS Z490 product stack and it wouldn't be a launch without the clean white and silver designed Prime series. Moving away from gamers and more to users looking for fresh and simplistic styling, without breaking the bank on extravagant features, the Prime series offers users a very low-cost entry point to the Z490 market. The ASUS Prime Z490-A is slightly different to the other Prime models as it's quite premium, and as such includes two PCIe 3.0 M.2, an Intel 2.5 Gigabit Ethernet controller, with a Realtek S1220A HD audio codec and a 14-phase power delivery. 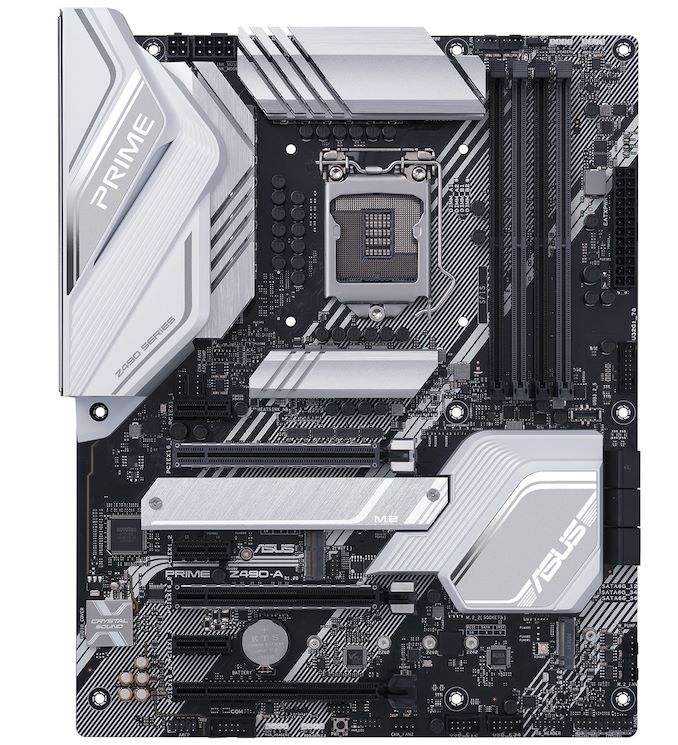 Coming with silver and grey heatsinks on a black and silver patterned PCB, the ASUS Prime Z490-A has some integrated RGB LEDs integrated into the rear panel cover, and underneath the chipset heatsink. The Z490-A is using a teamed 12+2 power delivery, with an 8-pin and 4-pin 12 V ATX pairing providing power to the CPU. There are three full-length PCIe 3.0 slots which operate at x16, x8/x8, and x8/x8/+4, with three PCIe 3.0 x1 slots. For storage, there are three PCIe 3.0 x4 M.2 slots, with only one coming with a heatsink, and six SATA ports with RAID 0, 1, 5 and 10 support. Included onboard is a Thunderbolt 3 header, and has an M.2 Key-E for users looking to add their wireless interface to the board. There are four memory slots which can accommodate up to 128 GB of DDR4-4600 memory. 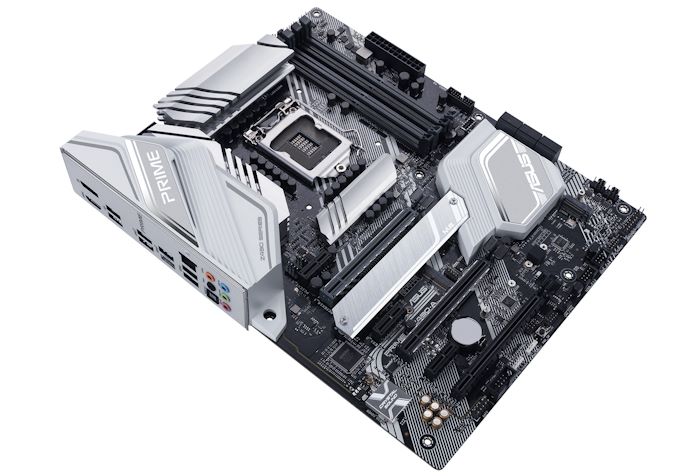 Focusing on the rear panel, the ASUS Prime Z490-A has a USB Type-C, and seven USB Type-A ports, with an HDMI 1.4b and DisplayPort 1.4 pair of video outputs. Also present is five 3.5 mm audio jacks and S/PDIF optical output which are powered by a Realtek S1220A HD audio codec, with a single Ethernet port driven by an Intel I225-V 2.5 G controller.

The ASUS Prime Z490-A represents a more modest offering with less aggressive aesthetics and instead opts for a clean silver look. It does half a decent controller set which is led by an Intel I255-V 2.5 G Ethernet controller and has three PCIe 3.0 x4 M.2 slots for high-speed NVMe M.2 SSDs. The Prime Z490-A offers users an alternative to the darker Strix branded boards and has a decent price attached with an MSRP of $230 at launch.