ASUS has unveiled that it plans to release a pair of micro-ATX models, the ASUS ROG Strix Z490-G Wi-Fi, and a version without. Likely to follow its larger ATX sized Strix counterparts, the biggest features of the ROG Strix Z490-G Wi-Fi include dual PCIe 3.0 x4 M.2 slots, four SATA ports, an Intel Wi-Fi 6 wireless interface, and a single Intel 2.5 G Ethernet port. 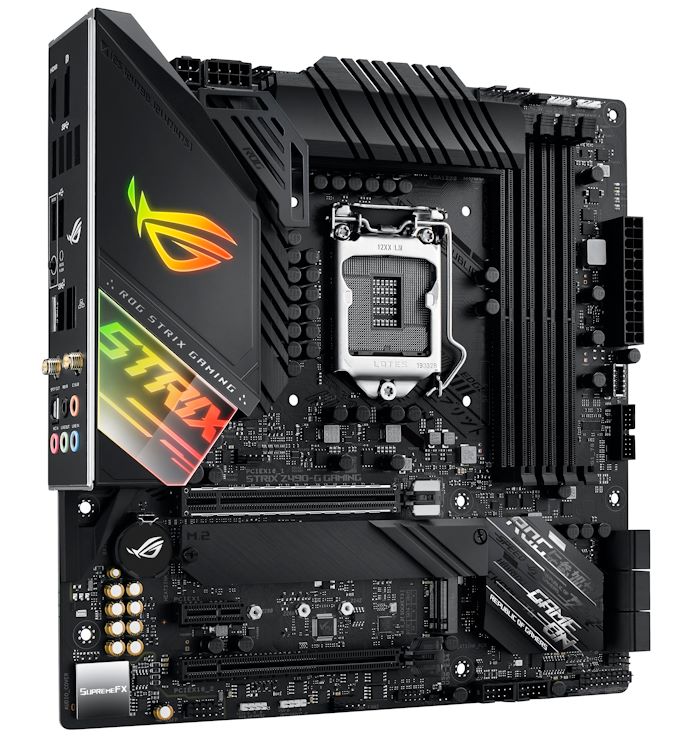 While we don't currently have information about what's on the rear panel, we know the board has support for a maximum of 15 USB ports when combining the rear panel and what the boards support through front panel headers. The networking of the Wi-Fi enabled board consists of an AX201 Wi-Fi 6 wireless interface with support for BT 5.1 devices, while both versions include a single Intel I225-V 2.5 G Ethernet port. From the above, we can see that there is at least four USB 3.2 G1 Type-A, a single USB 3.2 G2 Type-C, with an HDMI and DisplayPort 1.4 pair of video outputs. The five 3.5 mm audio jacks and S/PDIF optical output are controlled by a SupremeFX S1220A HD audio codec.

ASUS hasn't announced when the ASUS ROG Strix Z490-G Gaming or the Wi-Fi enabled model will be launched, and as of yet, ASUS hasn't set pricing.