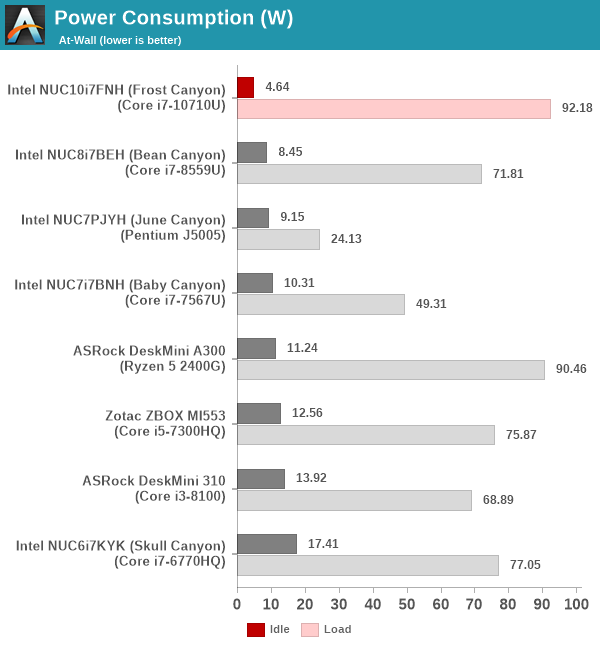 The usage of a PCIe 3.0 x2 NVMe SSD along with a low TDP processor (25W, compared to the 28W+ processors in the other systems, other than the June Canyon NUC) manufactured in a highly-optimized and power-efficient 14nm process result in the Frost Canyon NUC having a sub-5W idle power consumption even while driving a 4K display. The system is able to sustain 90W+ at the wall for a very brief duration only, with the power falling slightly south of 60W for sustained workloads. 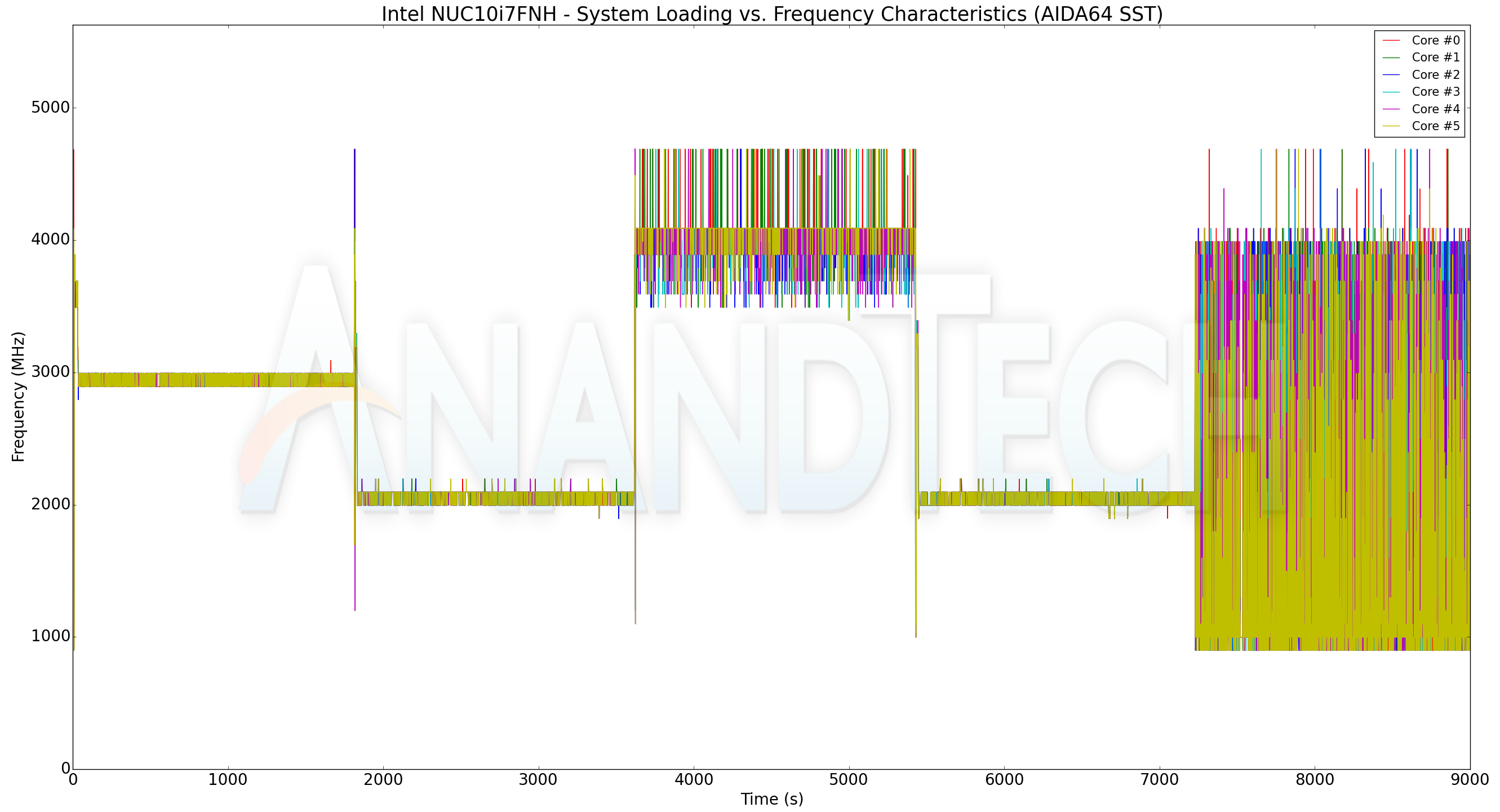 The frequencies adjust to ensure that the 30W PL1 is maintained. With just the CPU loaded, the cores can maintain around 3 GHz sustained. Adding the GPU brings the CPU cores down to 2 GHz. With only the GPU stressed, the CPU cores can stay close to their boost clocks without consuming much power. The thermal design is quite good, with the package temperature never above 90C for extended durations. 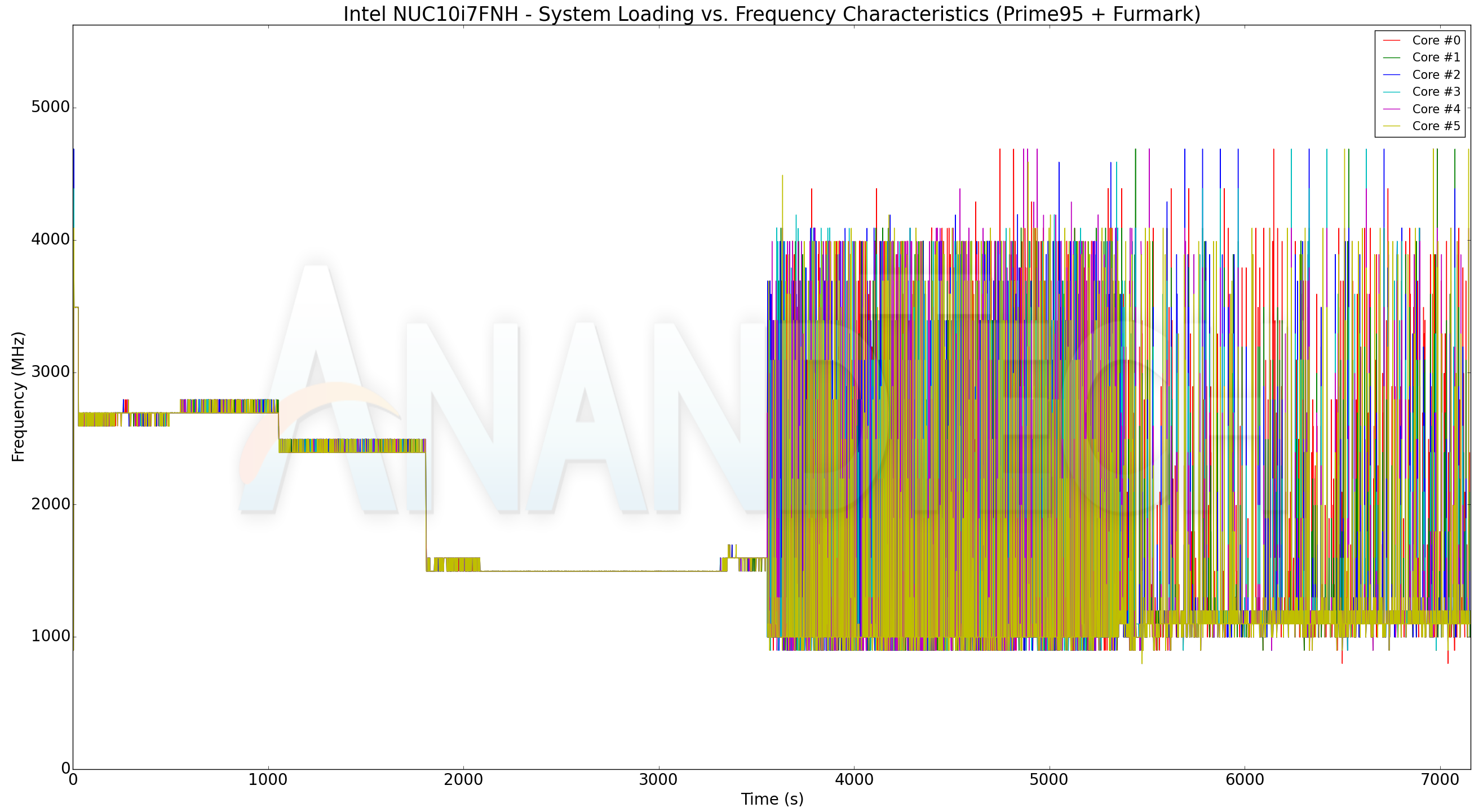 Our custom stress test with Prime95 and Furmark shows similar characteristics. Frequencies get adjusted to maintain a 30W package power, and the package temperature does not cross 85C. Furmark loads the GPU more than the AIDA stress component, and hence, we see the CPU frequency drop down to around 1.5 GHz in this case.