Remember ATI’s Shader Day last year where Valve announced that NVIDIA’s DirectX 9 hardware should be treated as DX8 hardware and nothing more?  Well, things haven’t really changed – in our tests, NVIDIA’s GeForce 5900XT was between 50 and 72% slower in DX9 mode than in DX8 mode.  In fact, the 5900XT is so slow in DX9 mode that ATI’s $80 Radeon X300 SE actually posts significantly higher average frame rates.  So if you own a NV3x class GPU, you are pretty much excluded from running Valve’s DirectX 9 codepath.  What, then do you lose by going down to the DirectX 8.1/8.0 codepaths? 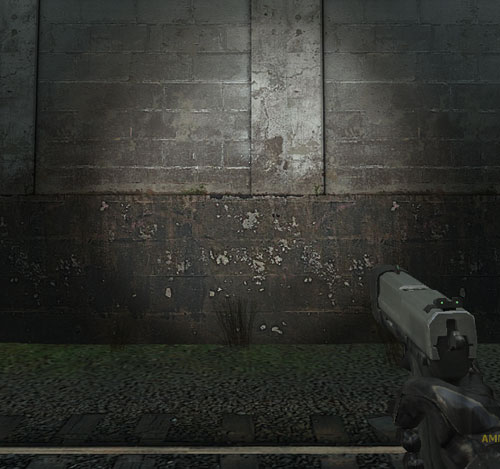 There are some slight differences between the two images, but interesting enough none of them appear to have anything to do with the flashlight shader itself.

There are many minor differences like this, however the biggest difference between DX8 and DX9 is the water: 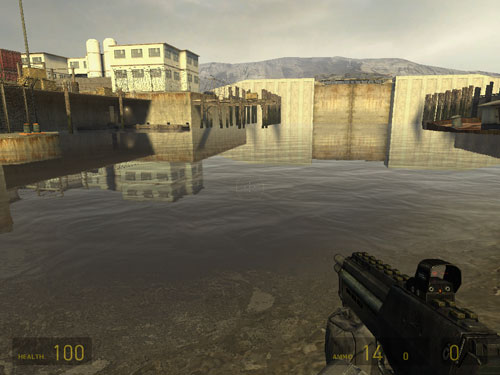 Using the DirectX 9 codepath, the water in Half Life 2 is so much more realistic.  You can download full uncompressed versions of these images here.

Overall, the move from DX9 down to DX8 isn’t horrible; while it does reduce some of the appeal of Half Life 2, the game still looks incredible in DX8 mode.  There are some issues with forcing NV3x GPUs to run in DX9 mode mainly involving the water, but as you will see on the coming pages, if you've got a NV3x you're not going to want to play in DX9 mode.