NVIDIA's GeForce 6600GT AGP: The Little Bridge that Could

Intel did a very good job of drumming up support for PCI Express over the past two years.  Look around and note that all of the motherboard manufacturers have quite a few PCI Express based motherboard designs.  Then look at the latest GPU launches from ATI and NVIDIA, all of the exciting products appear to be launched first (or primarily) as PCI Express designs.  While everyone industry-wide has done a great job of supporting PCI Express, there's one little problem - no one seems to be interested in buying PCI Express solutions just yet.

The OEM markets have no problems shipping PCI Express motherboards and graphics cards in their systems, after all they want to sell the idea of buying an entirely new PC in order to get access to brand new technologies like PCI Express.  However in the channel and upgrade markets, PCI Express solutions aren't selling well at all.  Most enthusiast users appear to be sticking with their AGP platforms and while they would consider a GPU upgrade, they are not willing to upgrade their motherboard (and sometimes CPU and memory) just to get a faster graphics card.

There was a huge debate early on about whose PCI Express design would prove to be the best for performance.  ATI chose to produce separate PCI Express and AGP enabled GPUs, offering a native solution for both interfaces; meanwhile, NVIDIA chose to keep manufacturing their AGP GPUs and use a bridge chip to interface with PCI Express.  While ATI argued that NVIDIA's solution offered less performance, NVIDIA said that ATI's approach was far too costly.  The problem with ATI's approach was that their production was inherently split between AGP and PCI Express chips, and predicting market demands for an appropriate ratio between the chips is quite difficult.  If you overproduce PCI Express chips, then there will be a shortage of AGP cards, and vice versa.  ATI's initial approach to only producing native PCI Express or AGP designs is part of the reason why their latest mainstream GPUs (e.g. X700) are still only available as PCI Express designs.

Even though NVIDIA has gone to manufacturing native PCI Express GPUs (e.g. GeForce 6600GT), they already have a working chip to bridge back down to an AGP interface, which is what makes today's launch possible.  Thanks to the use of NVIDIA's PCI Express-to-AGP bridge chip, NVIDIA is able to not only launch but also begin selling an AGP version of their GeForce 6600GT today.  We are told by NVIDIA that cards should be available for sale today continuing a very recent trend of announcing availability alongside a product launch, which we greatly applaud. 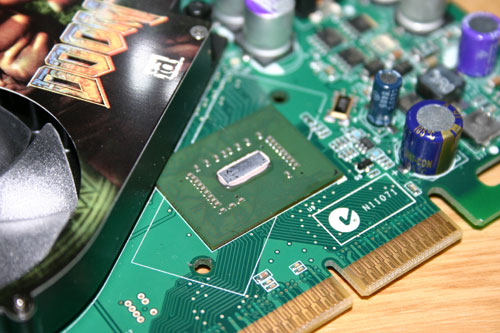 ATI is working on a PCI Express-to-AGP bridge of their own, but it will not be ready until later this year - meaning that ATI will not have an AGP version of their PCI Express X700 until early next year.

The latest AGP specification calls for a maximum of around 45W of power to be delivered via the AGP slot itself, while a PCI Express x16 slot can supply up to 75W.  Because of the reduction in power that can be delivered via the slot interface, the GeForce 6600GT AGP requires the use of a 4-pin molex connector on the board itself to deliver extra power to the GPU.  You may remember that the PCI Express version of the 6600GT does not require a separate power connector. 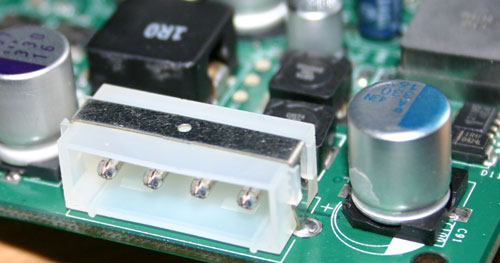 As of now, NVIDIA is only releasing the 6600GT in an AGP flavor; the regular non-GT 6600 will remain PCI Express only. the 6600GT AGP will retail for between $200 and $250. If you are interested in learning more about the architecture of the 6600GT, feel free to read our review of the PCI Express version for greater detail.