One of the most requested elements of our motherboard reviews revolves around the power delivery and its componentry. Aside from the quality of the components and its capability for overclocking to push out higher clock speeds which in turn improves performance, is the thermal capability of the cooling solutions implemented by manufacturers. While almost always fine for users running processors at default settings, the cooling capability of the VRMs isn't something that users should worry too much about, but for those looking to squeeze out extra performance from the CPU via overclocking, this puts extra pressure on the power delivery and in turn, generates extra heat. This is why more premium models often include heatsinks on its models with better cooling designs, heftier chunks of metal, and in some cases, even with water blocks such as the ASUS ROG Crosshair VIII Formula. 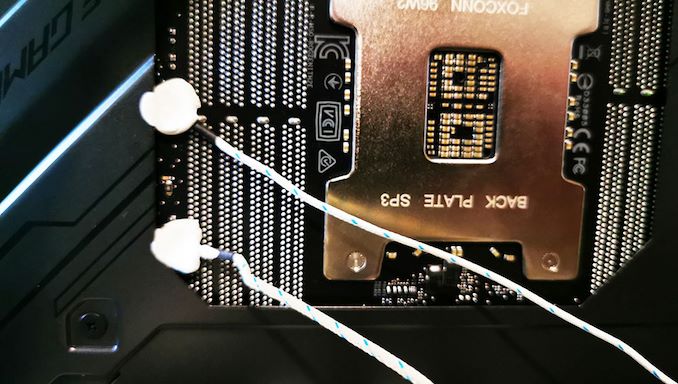 Out method of testing out if the power delivery and its heatsink are effective at dissipating heat, is by running an intensely heavy CPU workload for a prolonged method of time. We apply an overclock which is deemed safe and at the maximum that the silicon on our AMD Ryzen Threadripper 3970X processor allows. We then run the Prime95 with AVX2 enabled under a torture test for an hour at the maximum stable overclock we can which puts insane pressure on the processor. We collect our data via three different methods which include the following: 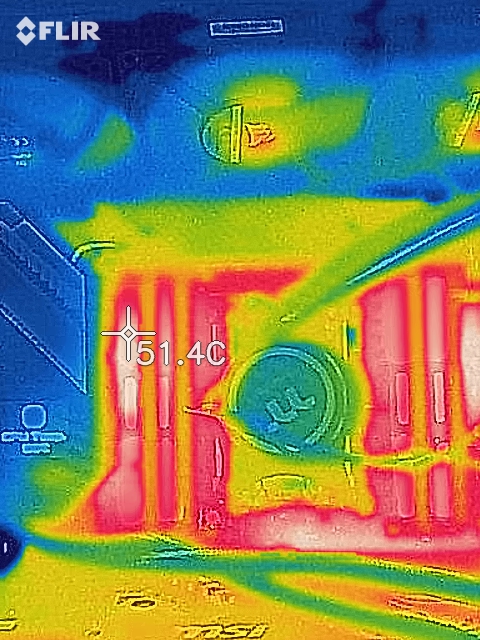 We measured 51.4 °C on the hottest part of the board during our testing; the RAM slots.

The ASUS ROG Zenith II Extreme is using a 16-phase power delivery with sixteen Infineon TDA21472 70 A power stages operating in teamed mode. This is possible due to ASUS using an ASP1405I PWM controller which is running in 8+0 mode. This is a rebranded IR35201 PWM controller, but specifically designed and used by ASUS. Cooling the large 16-phase power delivery is a large aluminium heatsink which connects the large rear panel cover for improved cooling properties. Attached to the heatsink is a pair of custom Delta Superflo fans which are designed to spin up when the power delivery hits 60°C and above. This can be altered within the firmware, but actively cooled heatsinks on a model as powerful as this is a good sign that ASUS is focusing on this area. The backplate does add some thermal properties to the rear of the power delivery and has a large surface to allow systems with good passive cooling further bolster the thermal properties.

Our testing shows the ASUS ROG Zenith II Extreme to have the best power delivery thermals from any TRX40 model we've tested so far. This can be attributed to the pair of cooling fans directly on the power delivery, the large heatsink, and the backplate which all help to reduce operating temperatures. The design is also good in the way that ASUS has teamed the power stages together in pairs which should also help to reduce temperatures over models that use doublers. We got readings of 45°C on the integrated sensor and 42°C from our external K-type probe. This shows the ASUS ROG Zenith II Extremes power delivery cooling to be very effective, and in terms of the competition, is around 10°c cooler than the MSI Creator TRX40. This is very good.