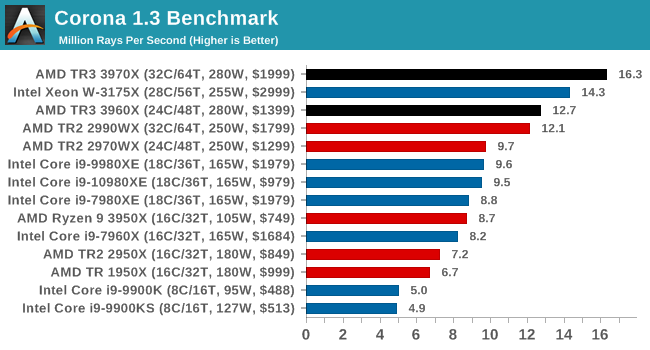 Being fully multithreaded, we see the order here follow core counts. That is except for the 32-core 2990WX sitting behind the 24-core 3960X, which goes to show how much extra performance is in the new TR generation. 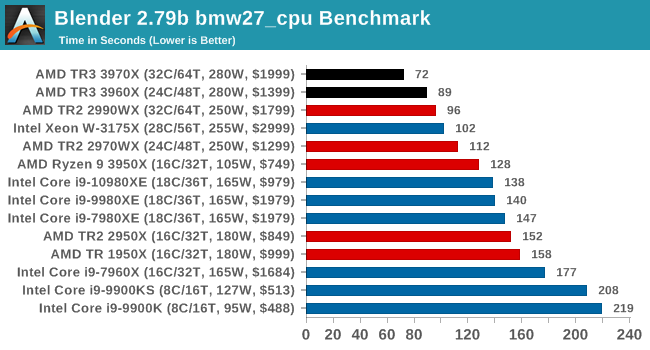 We have new Threadripper records, with the 3970X almost getting to a minute to compute. Intel's nearest takes almost as long, but does only cost half as much. Again, the 3960X puts the 2990WX in its place.

In our test, we run the simple ‘Ball’ scene. This scene starts with a rough render and slowly improves the quality over two minutes, giving a final result in what is essentially an average ‘kilorays per second’. 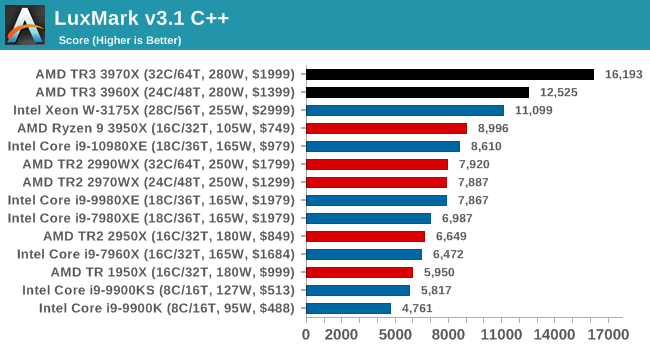 Our LuxMark test again pushes both TR3 processors out in the lead. 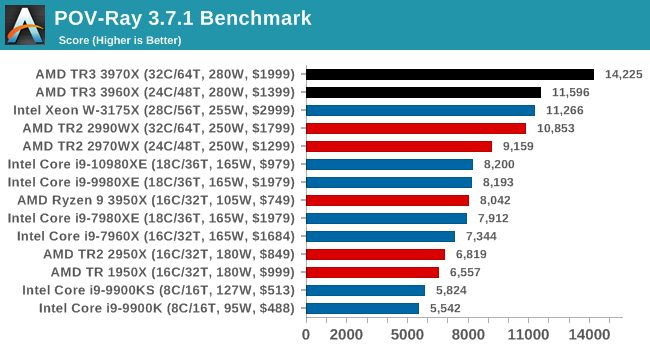 More rendering, more wins for AMD. More losses for the 2990WX, even though on these tests it still beats the 10980XE quite easily.