The Intel Core i9-9900KS is Intel’s first consumer level all-core 5.0 GHz processor. Technically Intel has launched an all 5.0 GHz processor before: earlier this year the Core i9-9990XE was launched into the high-frequency trading market, which had 14 cores at 5.0 GHz, but that part is an auction only part for select business partners. What the Core i9-9900KS does is bring the same principle down to a more consumer friendly core count and a more consumer friendly price point. The tray price is set at $513, although it’s likely to be sold for much more than that.

One of the key elements I wanted to test in this review is how the chip responds to Turbo. As we’ve discussed at length, and confirmed by Intel: the guidelines for the Turbo settings are not set in stone. Intel actively encourages its motherboard partners to increase these settings if the motherboards are over-engineered to be able to do so. This means that a high-end motherboard should be able to give a longer turbo than a cheap board. 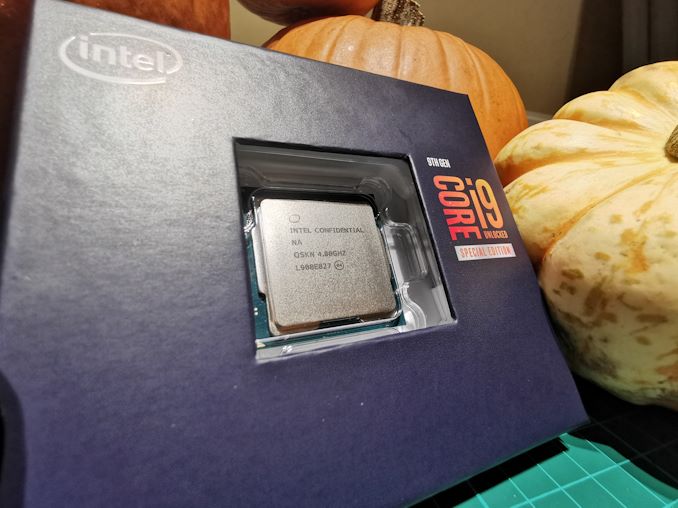 A longer turbo might not mean much. When the turbo budget has run out, the system will limit the chip to the TDP setting in the BIOS (which should be the one on the box), and will try and maximise the frequency for the power limit. On a lot of chips, this means you still have a very high frequency, nowhere near the base frequency. But the power limit does have benefits such as acting as a thermal control at least.

In our test, we used MSI’s Z390 Gaming Edge AC. It’s a mid-upper motherboard, but it set our Core i9-9900KS to have a TDP and turbo power limit of 255W. Intel’s ‘guidelines’ state a TDP of 127 W and a turbo power limit of 159 W. When comparing the two, there are some distinct advantages for the 255W setting, such as 10%+ performance on rendering, but the 159W setting does afford 10C lower temperatures in those heavy workloads. Ultimately, as the name TDP = Thermal Design Power implies, it all comes down on your ability to cool the chip.

For gaming, the turbo budget didn’t seem to matter at all, except in a few tests at super low resolution and settings.

One question that does remain however, is which set of results should we keep? The 255W results are what we get out of the box, and the 159W results are only 'Intel guidelines that Intel expects none of the board manufacturers to keep to'. Ideally we keep both, but that's a mess in its own right.

Planning Against The Competition

There’s no getting around giving Intel kudos for binning enough processors to commercially sell an all-core 5.0 GHz chip. In our benchmarks, we see it steaming ahead of any other consumer grade processor when it comes to single core performance. Users are likely to be able to push that single (or dual) core turbo a bit higher as well, although the power limits should be monitored.

It should be noted that in most cases, the Core i9-9900KS either matched or excelled against the previous king of Intel’s consumer desktop line, the Core i9-9900K. There were a few select instances, namely benchmarks like Handbrake, DigiCortex, F1 2018, and 7-zip, where we did see performance regressions that we weren’t expecting. We’re going to have to go back to Intel to see exactly what these are. But they seem confined to very specific workloads. 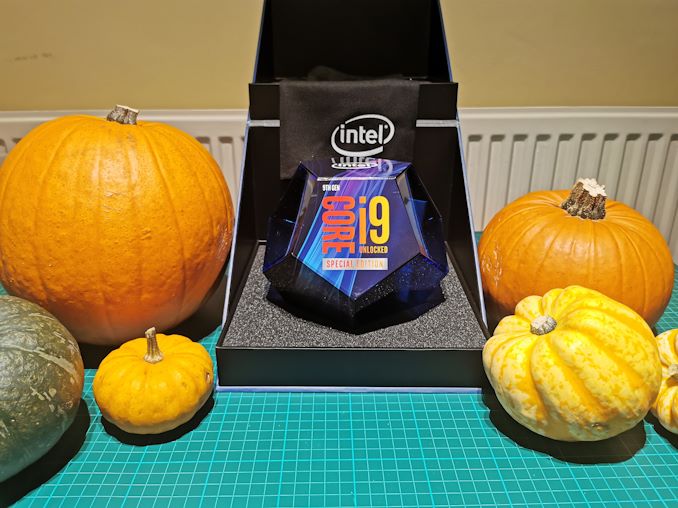 Overall, the Core i9-9900KS is Intel’s best ever consumer processor.

Only Available For A Short Time Only

While the Core i9-9990XE is a 14-core 5.0 GHz chip, it is an OEM only part sold by Intel at auction only, whereas the Core i9-9900KS should experience wider availability at retail, albeit for a limited time.

Our colleagues at Tom’s Hardware reported that Intel stated in a promotional video that the processor would only be available during the holiday season of 2019 – or at least that the stock level would not be replenished after the holiday season. When we approached Intel asking for confirmation, we were told:

This special edition processor will be available for a limited time only. It can be found at retailers worldwide. We are not disclosing unit quantity information. However, the Core i9-9900KS will have very limited availability.

There is no doubt that there will be some CPUs available into 2020, however it would appear that Intel is only making one main batch of hardware, and once it has gone, it has gone. This might make the $513 tray price that Intel is putting on the part a bit of a misnomer, as retailers might take advantage of this. This will take the shine off the Core i9-9900KS a little, as at $529 or so it would easily be recommended over a Core i9-9900K. If it goes to $599 or $649 because of its limited release, then it becomes less of an interesting buy. 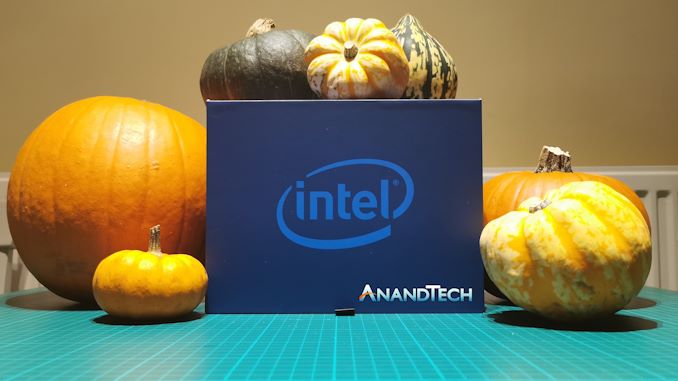 Ultimately the Core i9-9900KS is going to end up in the hands of enthusiasts who want nothing more than the best, but don’t want to jump to the high-end desktop platform. Despite the Intel chipsets for consumers, it’s still a shame that these processors only have 16 PCIe 3.0 lanes, given the desire for direct attached PCIe storage in this market.