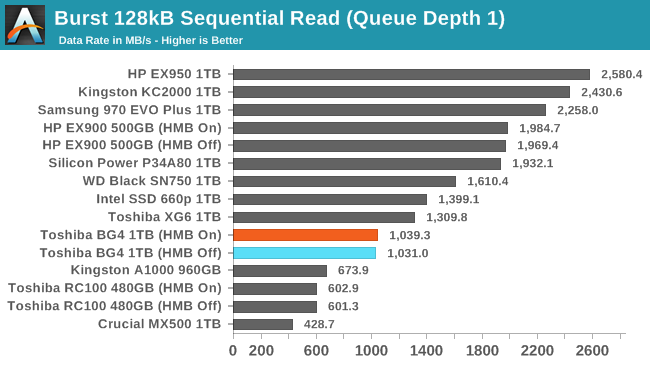 The burst sequential read speed of the Toshiba/Kioxia BG4 is about 1GB/s: way below par for high-end NVMe SSDs, but fine for an entry-level drive. It's not too far behind Toshiba's own XG6 high-end drive, which turns in a fairly disappointing score on this test. 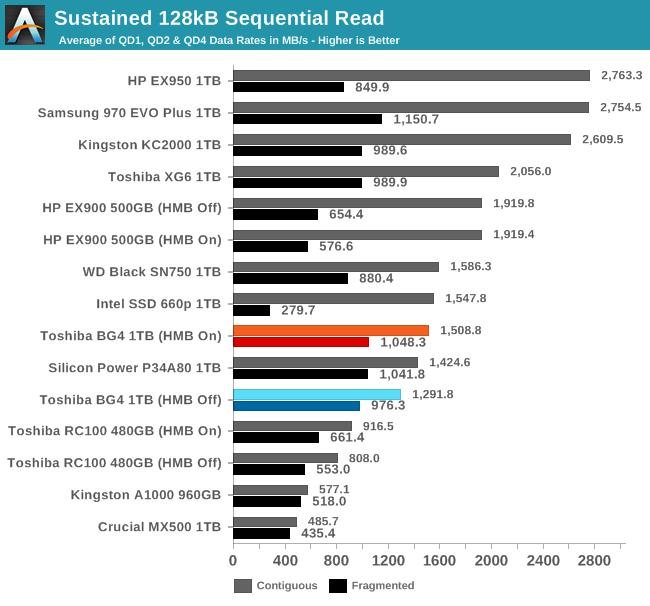 On the longer sequential read test that brings in some higher queue depths, the BG4 maintains decent performance even while some high-end drives fall down to its level. The BG4's performance reading back data that wasn't written sequentially is particularly good, and at least a bit faster than most high-end NVMe drives can manage.

The Toshiba BG4 uses significantly more power during the sequential read test than the older BG3-based RC100, but the performance improvements make that power well-spent. The BG4's power efficiency scores are excellent and beat most high-end NVMe drives.

With HMB on, the BG4's sequential read speed tops out at QD4 or higher and is quite steady. Without HMB, it scales more gradually and ultimately is slightly slower at high queue depths. 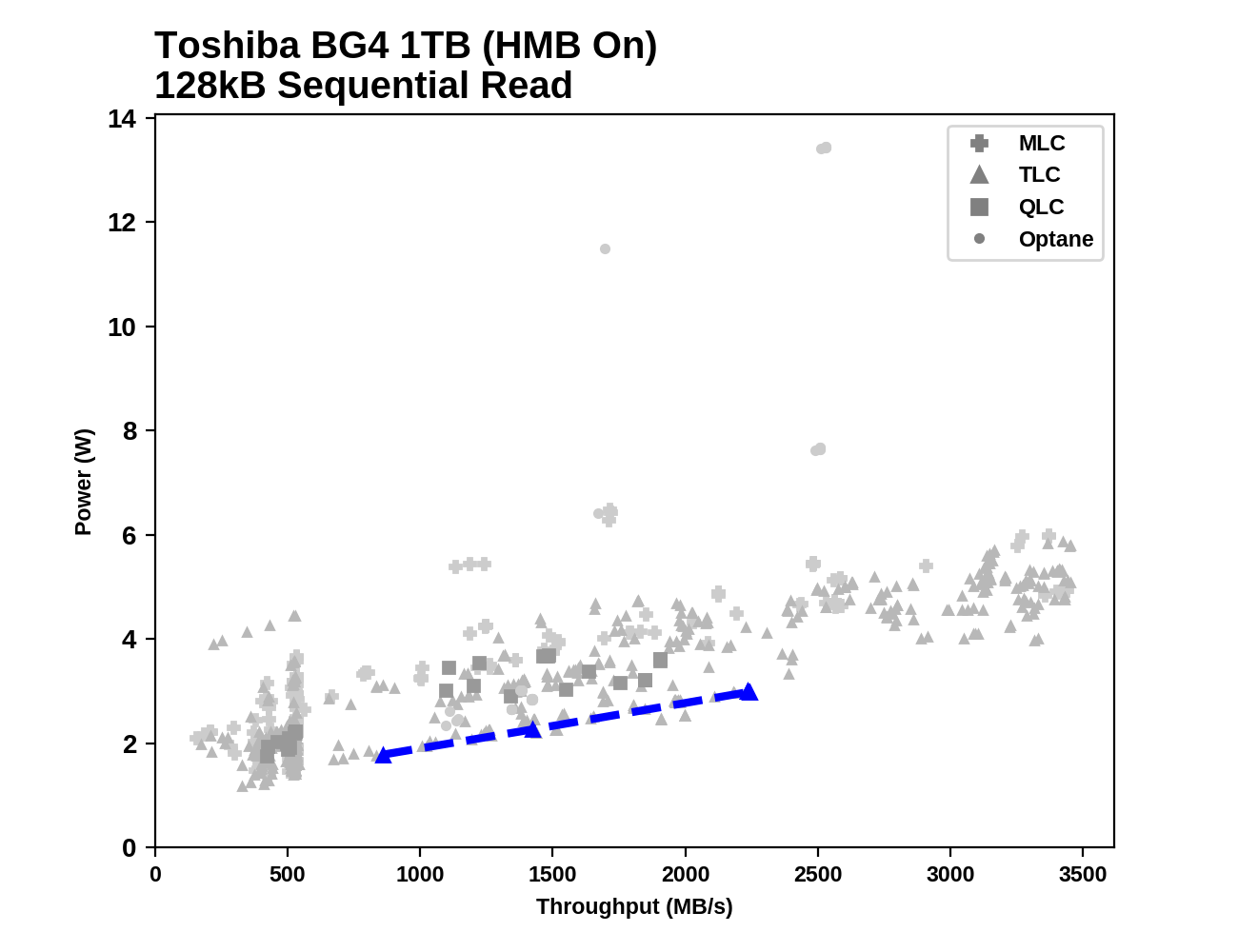 The BG4 certainly isn't the fastest SSD on this test with a top sequential read speed a bit above 2GB/s, but for the speeds it does provide the BG4 is one of the most power-efficient drives we have ever tested. 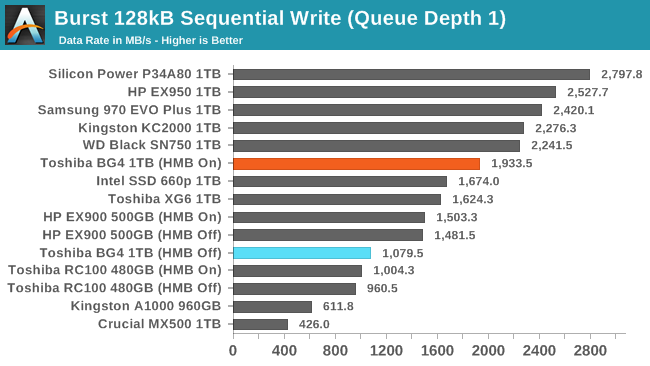 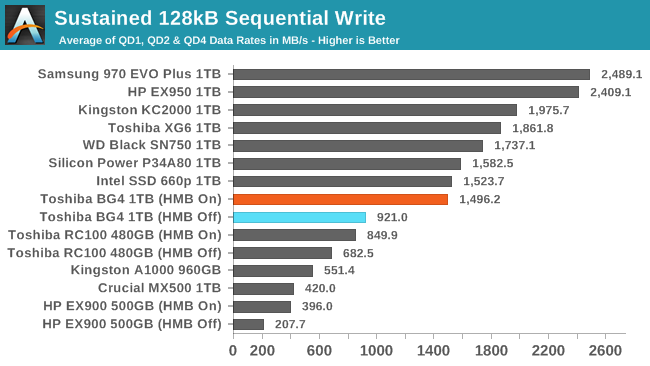 On the longer sequential write test, the BG4 with HMB still manages to be trailing close behind the high-end NVMe drives, and far ahead of most of the other entry-level NVMe competition. With HMB off the BG4 is much slower, but still acceptably fast for an entry-level drive.

The BG4 doesn't have the lowest power consumption on the sequential write test, but it does set the record for power efficiency. Even with HMB off the performance remains high enough to give the BG4 a competitive efficiency score.

The BG4 hits full sequential write speed with a queue depth of two or higher, and the performance is very steady after that with no sign of the SLC cache running out. Without HMB, it is limited to about 1GB/s, significantly slower than even the Intel 660p QLC SSD. 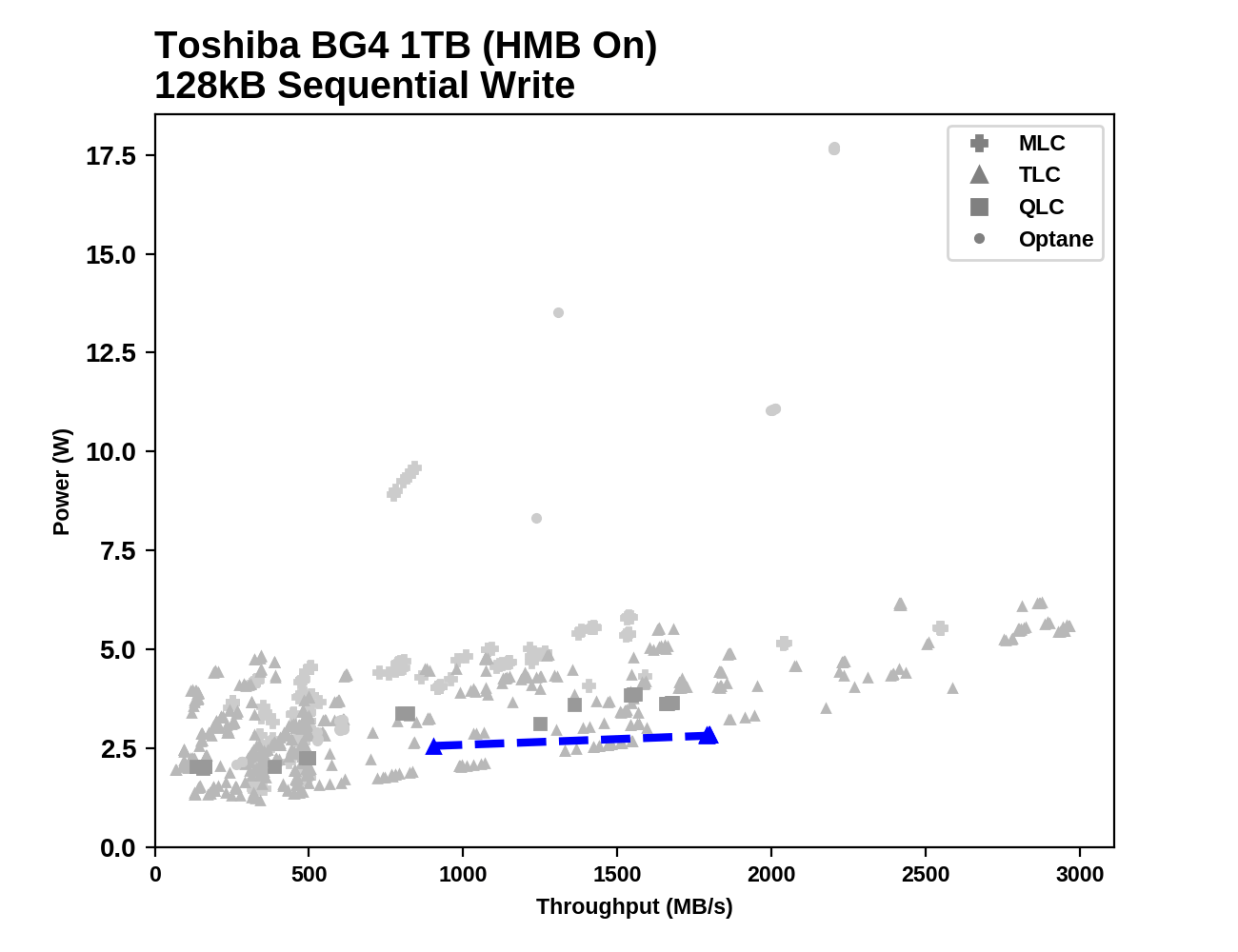