As we’re coming to the end of the review and writing up the conclusion, I’m still left with the unanswered question as to whether the iPhone 11 family is a notable upgrade for the series, or if it’s just another iteration for Apple? We saw a lot of core fundamental upgrades the new devices, but in other areas there’s nothing too terribly improved about the iPhone 11 series.

Design-wise, the phones did receive a more notable redesign of their backs, and I very much welcome the matte finish of the back glass of the Pro models. However as a whole, it’s still very evident that the phones are just a continuation of the design first introduced with the iPhone X. As I had mentioned in the introduction, Apple seemingly likes to hold onto their industrial design for at least three generations, and the iPhone 11 series represents the last iteration of this blueprint.

As things stand we’re expecting the Cupertino company to move on to a new design language next year. But in the meantime I feel as if Apple is being a bit too conservative in this regard; the competition in 2019 was able to push out a ton of different designs that certainly look a lot more modern than the iPhone 11 family – and the newly released devices will have to keep up appearances for another year.

The new iPhones are however wolves in sheep’s clothing, as the lack of change on the outside of the phones undersells the fact that the internal hardware has fundamentally changed in many regards. For the iPhone 11 Pro and the iPhone 11 Pro Max, the two biggest disguises come in the form of the new display panel and the new batteries. 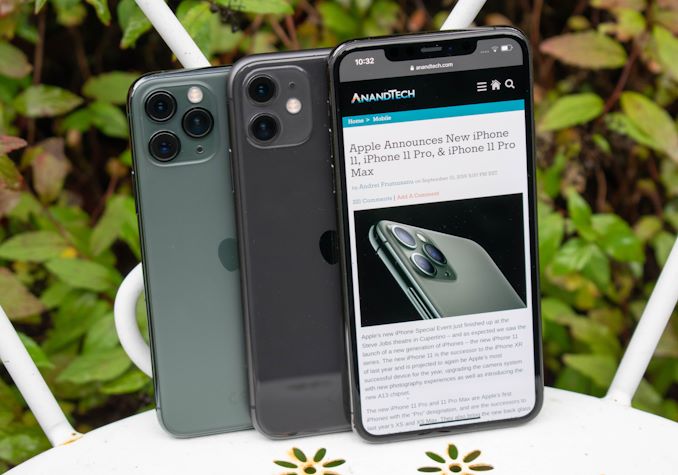 Visually, the iPhone 11 series' displays remain the same as their predecessors. That is to say that they’re still among the best calibrated and most accurate screens in the industry. There’s really no match for Apple’s thorough work in terms of achieving excellent display characteristics. And for the Pro models in particular, one larger visual change is that the new OLED panels can get a tad brighter than their predecessors. While this is a nice addition, the bigger and more important change is the new display’s increased power efficiency.

Indeed, this improved efficiency in combination with the Pro models' vastly increased battery capacities is what makes the new phones outright excel in terms of battery life. With a 17% increase in battery capacity for the iPhone 11 Pro and an even more impressive 25% increase in capacity for the 11 Pro Max – as well as a more efficient SoC – the new devices are able to showcase the best battery results ever seen in an iPhone. This praise isn't just limited among iPhones either, as the new devices rank among the longest lasting flagship phones we’ve ever tested.

Continuing under the hood, Apple has upgraded essentially everything that relates to cellular and wireless connectivity. Next to Samsung’s S10 and Note10, the new iPhones are only other devices that offer WiFi 6 (802.11ax) support. Furthermore, Apple is now using a newer generation Intel modem (likely XMM7660) which improves cellular capabilities as well as efficiency. It would have been nice to see 5G, but the ecosystem this year just isn’t ready, and it does look like it would be wiser to wait out until next year for more mature products. 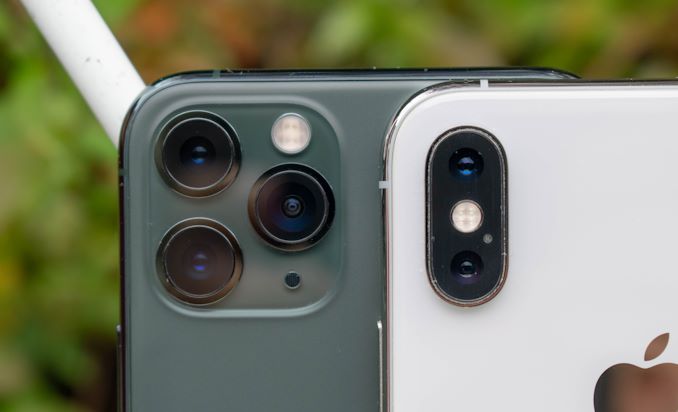 At the heart of the iPhone 11 series lies Apple’s newest A13 SoC. The new chip improves on its predecessor in several ways.

Firstly, the new "Lightning" performance CPU cores have continued Apple’s relentless yearly performance increases, and we’ve been able to verify the company’s claims of a 20% performance bump. However it's not all positive, as Apple had to increase the power consumption of the CPUs in order to achieve the performance improvement. At the end of the day, power efficiency at the peak performance states even saw a slight regression.

The more exciting CPU changes this year were actually found in the new "Thunder" efficiency cores. Here Apple has instituted some larger microarchitectural changes, and the new cores are a lot more performant than their predecessors. Not only that, they’re also more efficient. Apple has tuned the dynamic between the efficiency and performance cores this generation – I think that’s why even in the face of the more power-hungry Lightning cores, we’re still seeing that A13's overall power efficiency has improved.

But the biggest surprises and largest performance increases were to be found in the A13's GPU. Where the new chip really shines and exceeds Apple’s own marketing claims is in the sustained performance and efficiency of the new GPU. Particularly the iPhone 11 Pro models were able to showcase much improved long-term performance results, all while keeping thermals in check. The short version of it is that Apple has been able to knock it out of the park, delivering performance increases that we hadn’t expected in what's essentially a mid-generation refresh on the chip manufacturing side of matters.

Finally, we have Apple's new cameras. Over the last year and a half we’ve seen tremendous innovation from the competition, and Apple’s sole task here this generation was to catch up and to keep up. The new triple camera setup is one feature that Apple really needed a checkmark on if it wanted to compete with the versatility presented by the competition. The new wide-angle camera in particular will be extremely interesting to a lot of existing iPhone users as they first experience the new wider field of view.

In terms of camera quality in daylight, it’s a bit of a mixed bag. The new main camera did showcase improved color balance and better handling of highlights in HDR, but frankly in the vast majority of the time there’s not too much difference to last year’s iPhone XS. The telephoto module was also a bit odd, as many times it showed more noise than what was exhibited on the XS. On the part of the new ultra-wide-angle camera, it’s a competitive module, but it's far from being among the best.

As for low-light situations, the addition of Night mode now allows the iPhone 11 series to properly compete in the market. Not only is it able to compete, but in many cases it’s able to outshine the competition in terms of the details it’s able to capture. Unfortunately, Apple does not extend the Night mode to the wide-angle module, and here the camera just completely falls apart in low light, delivering some of the worst results of any ultra-wide-angle camera out there.

I do hope Apple is able to further upgrade the camera experience with future software updates. Apple will already be taking the first step here in iOS 13.2 with the introduction of Deep Fusion. The new mode is extremely impressive in what it’s able to achieve, and in general it warrants a re-testing of the iPhone 11 cameras, which we’ll be doing in the upcoming Pixel and Mate 30 Pro reviews. 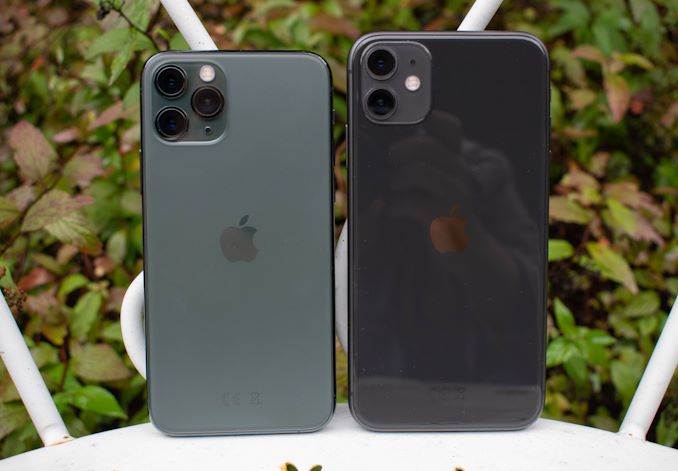 At the end of the day, are the iPhone 11s worth it? For me, it depends on the model.

I wasn’t too impressed by the regular iPhone 11. It does bring the same performance upgrades of the rest of the line-up, and it does have the new cameras minus the telephoto module, but it lacks the other large generational improvements that the Pro models received such as the new display or the vastly improved battery life. And personally, I’m still put off by the prospect of buying a device with such a low resolution screen at the end of 2019.

The Pro models, on the other hand, I feel are proper and worthwhile generational upgrades. Users coming from an iPhone 8 (Plus) or earlier models can now upgrade to the new Pro models without having to worry about taking a hit to battery life. Meanwhile performance is self-explanatory, and the camera upgrades are very solid, albeit the wide-angle has some definite weaknesses. Still, the phones feel like very strong devices which notably improve upon the fundamentals, showing that even 12 years after the first iPhone, Apple is still capable of delivering meaningful upgrades to their high-end smartphones.