The introduction of the X700 line (codenamed RV410), ATI is breaking their tradition of using revamped and tweaked previous generation parts in their current generation midrange product. RV410 is officially an R423 derivative. We see this as a very big step for ATI, and we hope they maintain this direction with future generations. The immediate impact on the consumer space will be better performance in the midrange and compatibility on par with high end products. 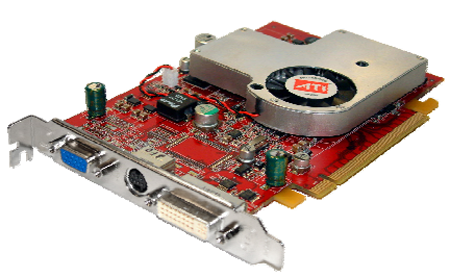 This last point is important to realize. Last year, many games or features that ran fine on 9700 and 9800 cards would have strange problems or incompatibilities with 9600 cards. Also, previous generation RV series cards lacked ATI's F-Buffer which enables GPUs to run shader programs that exceed a certain length. These issues were usually cleared up in driver updates or game patches, but attention to the midrange tended to follow attention to the high end segment. Now that the high end ATI GPU is the same core design as the midrange, any performance improvements or fixes that apply to the X800 will also apply to the X700 line.

Unlike last year (and the year before), ATI's product launches have lagged NVIDIA's. Our 6600 numbers are exactly 2 weeks old today. While some may speculate that this gives ATI an advantage because they have seen the performance of the competition, ATI needs to carefully balance yield, performance, and price for itself before it can worry about the competition. Bringing a product to market second in such a competitive space would only give ATI an advantage if they were able to maintain profitable yields at higher performance than necessary (and so could lower clocks and increase yield while still leading performance). Of course, all this goes out the window when you have NVIDIA and ATI both throwing insanely low yield high performance limited availability parts at each other trying to claim the performance crown. Hopefully we can be confident that the 6600 GT and the X700 XT will end up being less vaporous than the 6800 Ultra Extreme and the X800 XT Platinum Edition.

But all speculation aside, this is when the battle really heats up. Both NVIDIA and ATI now have affordable midrange products in the market that perform very well with respect to previous generation parts. We've got all the details inside; read on to find out who comes out on top in the most important competition for this GPU generation.

Scaling Down the X800
Tweet
PRINT THIS ARTICLE
Comments Locked