GPU performance is arguably one of the most important aspects of a gaming phone, as you’re expected it to be optimised for such tasks. Gaming phones are usually a lot bulkier than regular designs, and this should enable the phone to have a larger thermal envelope helping dissipate heat off from the SoC.

My usual testing methodology is that I’m using customised versions of the benchmark applications – we work closely with the benchmark vendors and have access to non-public tools. Unfortunately one main reason of doing things this way is that in the past we’ve seen smartphone vendors detect the public variants of these benchmarks and enter in a special mode that would increase performance or disable thermal throttling mechanisms in order to artificially increase the reported benchmark numbers. 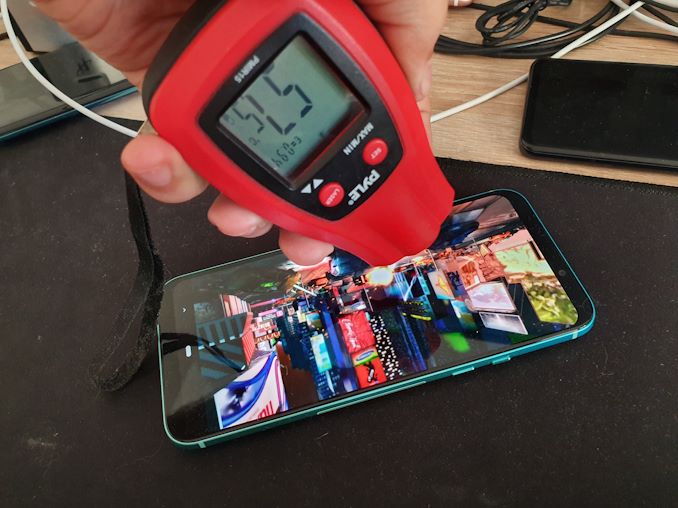 Unfortunately, the Black Shark 2 is one of these cheating devices. When using the public version of the given benchmarks, the phone detects this and disables thermal throttling. The problem with this is that seemingly the Black Shark 2 is very ill equipped with actually handling the high power dissipation of the SoC at peak performance. I saw device skin temperatures rise to a peak of 58°C before I decided to call it quits and stop the app – the phone had gotten so hot I couldn’t comfortably hold it anymore.

When using a customised version of the benchmarks, the phone would correctly thermal throttle and peak skin temperatures wouldn’t exceed ~43°C, which is more or less the standard maximum operating temperatures we’ve seen of smartphones over the years.

Unfortunately, this behaviour is not a first from Xiaomi. In the past I’ve encountered the same problem with the MIX 2S and actually also the first generation Black Shark. We never wrote up a review for the Black Shark, but the fact that this behaviour continues is just shameful of Xiaomi – especially given the non-cheating sustained performance scores of the Black Shark 2 which we’ll address now. 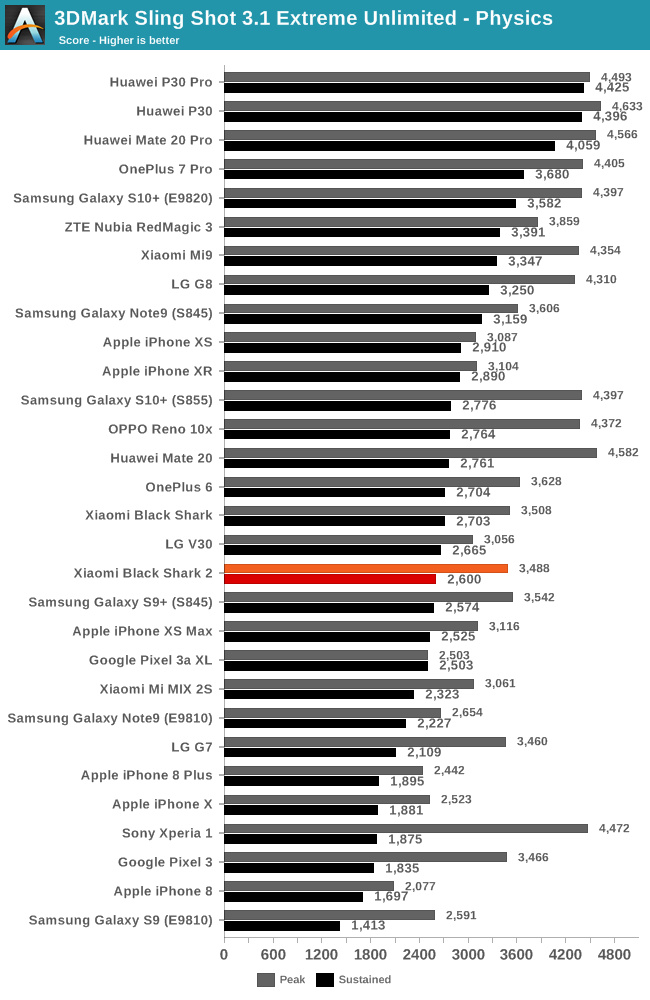 In the 3DMark Physics test which is more CPU bound, we see the Black Shark 2 perform quite oddly. It’s the only Snapdragon 855 device that has a significantly below-the-norm peak performance in this test, clearly much below that of other phones.

The sustained performance is more or less in line with other S855 phones, at least the ones which have more considerable thermal throttling behaviours. 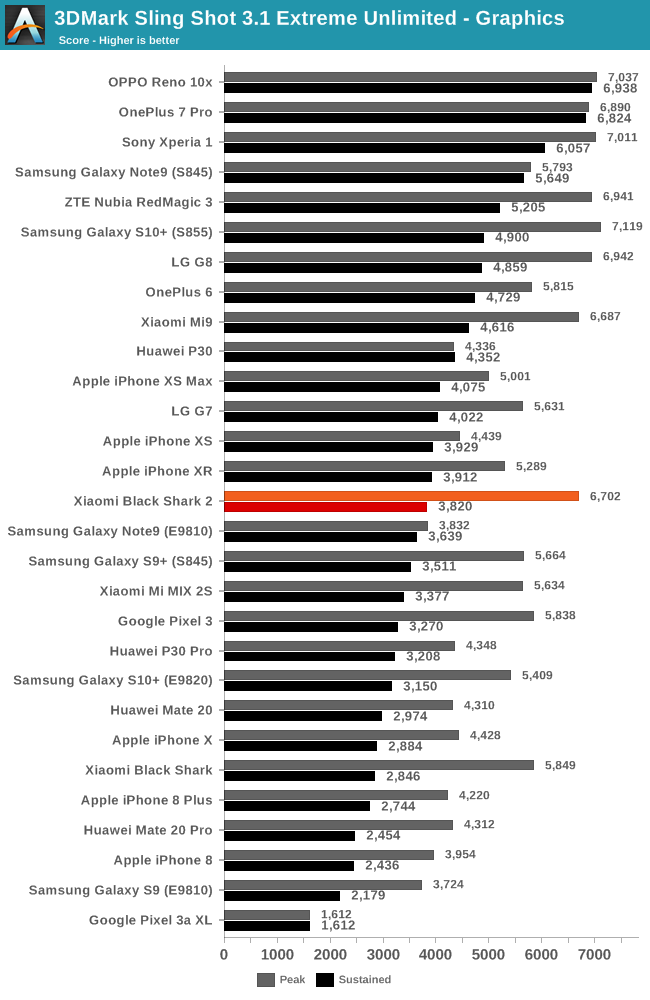 In the graphics benchmark, we see the Black Shark 2 suffer from a considerable performance drop, lowering to 57% of its peak performance, significantly lower than any other S855 phone. 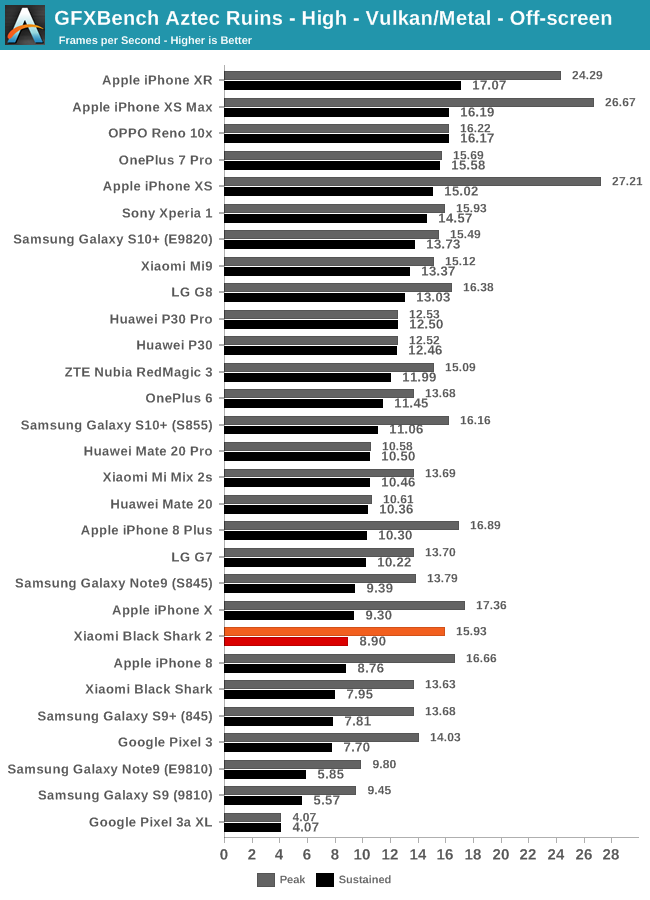 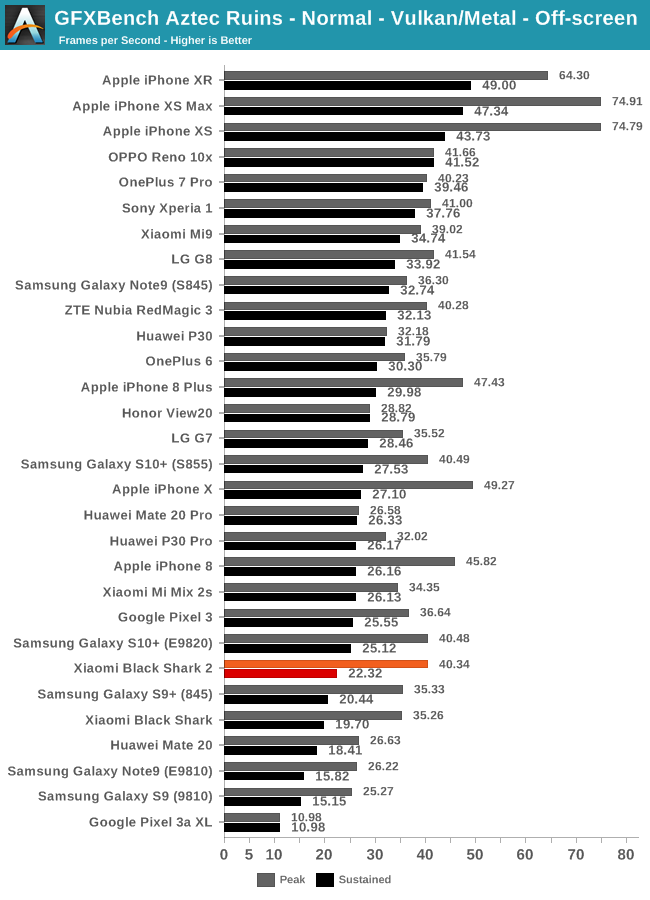 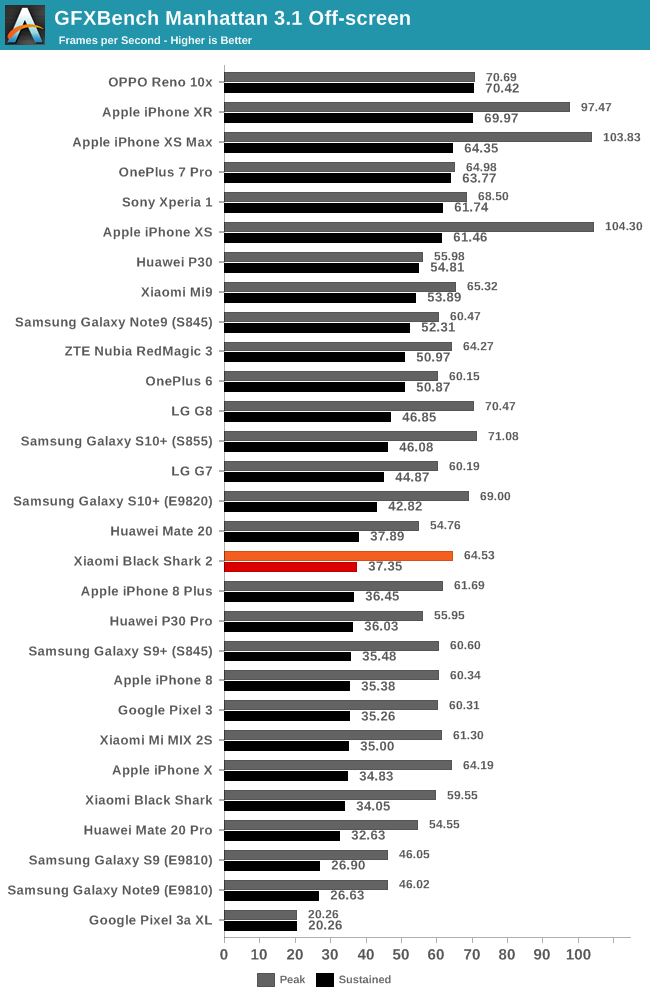 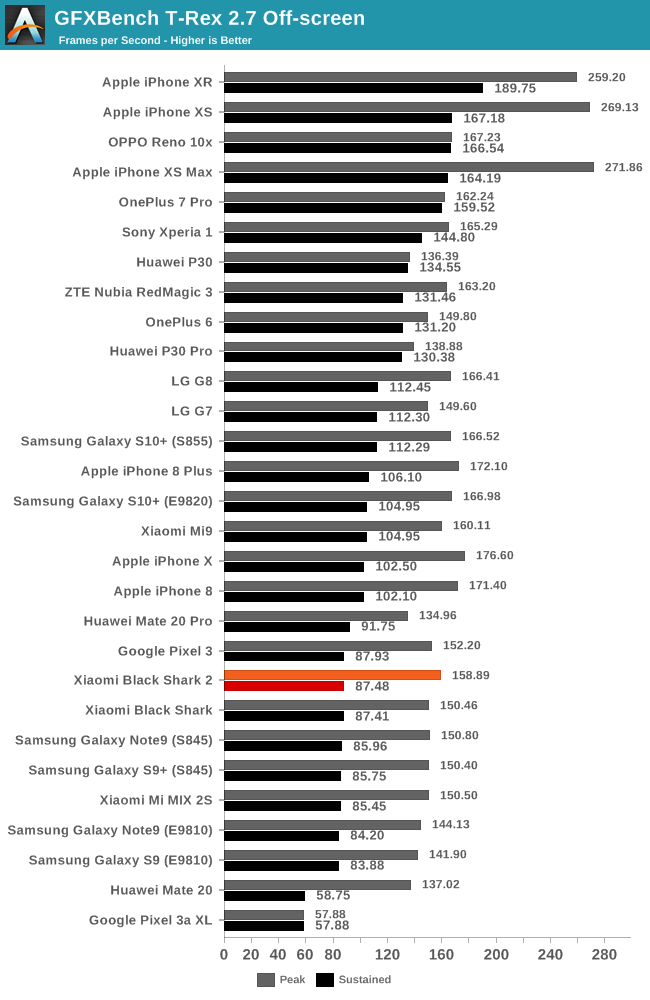 This meagre performance showcase continues on through all the GFXBench workloads, with the Black Shark 2 clearly ending up significantly slower than other Snapdragon 855 phones.

I included the original Black Shark scores into the data in order to showcase just how little the phone has improved over last year’s device.

I have a bit of a dilemma here; on one hand I should be praising the Black Shark 2 for maintaining reasonable device temperatures; this generations we’ve seen some phones such as the OnePlus 7 Pro and the OPPO Reno 10x not thermal throttle at all but also reaching peak skin temperatures in excess of 53°C. I haven’t found evidence of cheating on those phones, and I do hope they’re legitimate and they don’t simply have a more sophisticated detection mechanism.

On the other hand, this is a gaming orianted phone, and its sustained gaming performance is simply the worst of any flagship phone in 2019. We’ve seen significantly better results from other devices, and even Xiaomi’s own Mi9 performs better than the Black Shark 2. The only explanation I have here is that the phone’s hardware and thermal design just isn’t any good. The original Black Shark was also quite a massive disappointment in its sustained performance scores, and the BS2 simply didn’t improve the situation much at all.

If you’re considering the Black Shark 2 because of expectations of better gaming performance, then this phone is not for you, and you can as well just stop reading the review right here.