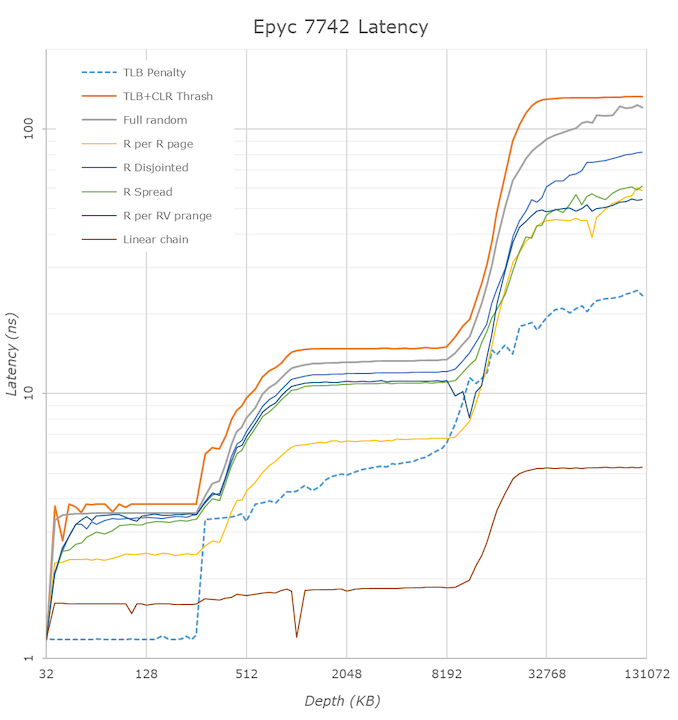 The latency tool also measures bandwidth and it became clear than once we move beyond 16 MB, DRAM is accessed. When Andrei compared with our Ryzen 9 3900x numbers, he noted:

While we could not retest all our servers with Andrei's memory latency test by the deadline (see the "Murphy's Law" section on page 5), we turned to our open source TinyMemBench benchmark results. The source was compiled for x86 with GCC and the optimization level was set to "-O3". The measurement is described well by the manual of TinyMemBench: 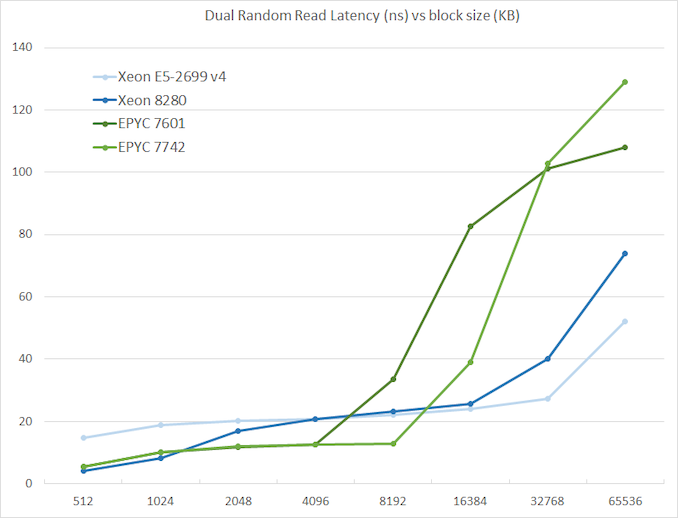 However, once we access more than 16 MB, Intel has a clear advantage due to the slower but much larger shared L3 cache. When we tested the new EPYC CPUs in a more advanced NUMA setting (with NPS = 4 setting, meaning 4 nodes per socket), latency at 64 MB lowered from 129 to 119. We quote AMD's engineering:

In NPS4, the NUMA domains are reported to software in such a way as it chiplets always access the near (2 channels) DRAM. In NPS1 the 8ch are hardware-interleaved and there is more latency to get to further ones. It varies by pairs of DRAM channels, with the furthest one being ~20-25ns (depending on the various speeds) further away than the nearest.  Generally, the latencies are +~6-8ns, +~8-10ns, +~20-25ns in pairs of channels vs the physically nearest ones."

So that also explains why AMD states that select workloads achieve better performance with NPS = 4.