Anything That Can Go Wrong, Will Go Wrong

For those of you that may not know, I am an Academic Director of MCT at Howest University here in Belgium. I perform research in our labs here on big data analytics, virtualization, cloud computing, and server technology in general. We do all the testing here in the lab, and I also do launch article testing for AnandTech.

Undoubtedly, like most academic institutions, we have a summer vacation, where our labs are locked and we are told to get some sunlight. AMD's Rome launch has happened just as our lab closing started, and so I had the Rome server delivered to my home lab instead. The only issue was that our corresponding Intel server was still in the academic lab. Normally this isn't really a problem - even when the lab is open, I issue testing through remote access and process the data that way, in order to reboot the system and run tests and so forth. If a hardware change is needed, I need to be physically there, but usually this isn't a problem.

However, as Murphy's Law would have it, during testing for this review, our Domain Controller also crashed while our labs were closed. We could not reach our older servers any more. This has limited us somewhat in our testing - while I can test this Rome system during normal hours at the home lab (can't really run it overnight, it is a server and therefore loud), I couldn't issue any benchmarks to our Naples / Cascade Lake systems in the lab.

As a result, our only option was to limit ourselves to the benchmarks already done on the EPYC 7601, Skylake, and Cascade Lake machines. Rest assured that we will be back with our usual Big Data/AI and other real world tests once we can get our complete testing infrastructure up and running.

All of our testing was conducted on Ubuntu Server 18.04 LTS, except for the EPYC 7742 server, which was running Ubuntu 19.04. The reason was simple: we were told that 19.04 had validated support for Rome, and with two weeks of testing time, we wanted to complete what was possible. Support (including X2APIC/IOMMU patches to utilize 256 threads) for Rome is available with Linux Kernel 4.19 and later.

You will notice that the DRAM capacity varies among our server configurations. This is of course a result of the fact that Xeons have access to six memory channels while EPYC CPUs have eight channels. As far as we know, all of our tests fit in 128 GB, so DRAM capacity should not have much influence on performance.

Although the 225W TDP CPUs needs extra heatspipes and heatsinks, there are still running on air cooling... 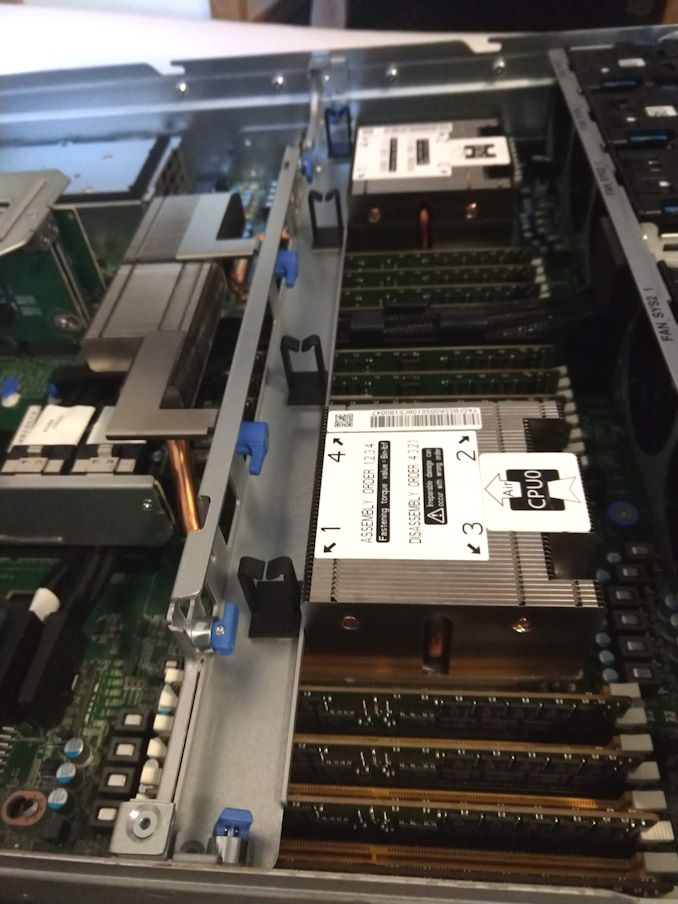 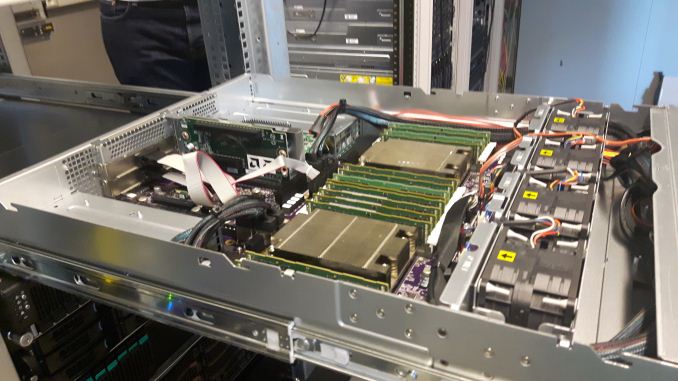