On the longer random read test, the Samsung 970 PRO catches up to the KC2000 but otherwise the rankings and spread of scores are similar to the burst random read results.

The KC2000 turns in an excellent power efficiency score for random reads, but is still outclassed by the ADATA SX8200 Pro. The KC2000 manages a slightly higher efficiency score than the WD Black SN750, which is quite a bit slower than the KC2000 on this test but also uses less power than any of the other NVMe drives in this bunch.

Several of the competing drives are able to eventually outperform the Kingston KC2000 for random reads, given a sufficiently high queue depth. The WD Black and Toshiba XG6 manage to do so while drawing much less power, so the KC2000's excellent efficiency score on this test only holds up at low queue depths. 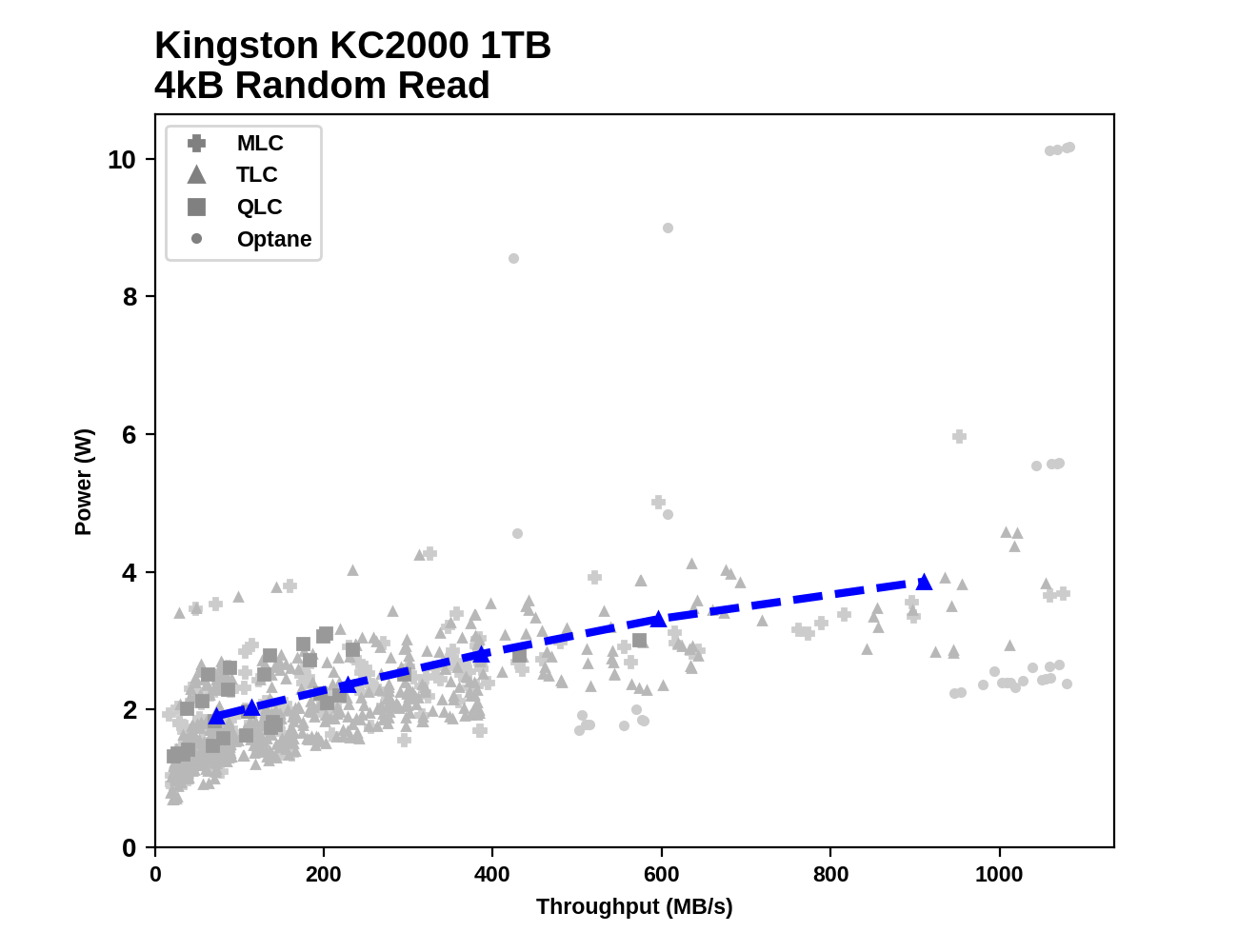 Comparing the KC2000's random read test results against our entire database of results shows that its peak peak performance is good but not quite up to the limits of what TLC drives can deliver, and the power consumption at higher queue depths is on the high side.

The burst random write performance of the Kingston KC2000 is pretty good, but is overshadowed by the Phison E12-based Silicon Power drive that has a wide lead over the rest of the high-end drives thanks to a very fast SLC write cache.

On the longer random write test, the KC2000 falls slightly behind most top NVMe drives but still performs very well.

The power efficiency of the KC2000 during random writes is top tier, but drives with the same NAND and different controller or vice versa are slightly ahead of the KC2000.

At queue depths of 4 or higher, the high-end drives offer roughly similar performance but power consumption varies significantly. Of the drives that match the power consumption of the KC2000, the ADATA SX8200 Pro is consistently a little bit faster, while the Toshiba XG6 underperforms at low QDs and surpasses the KC2000 at high queue depths. 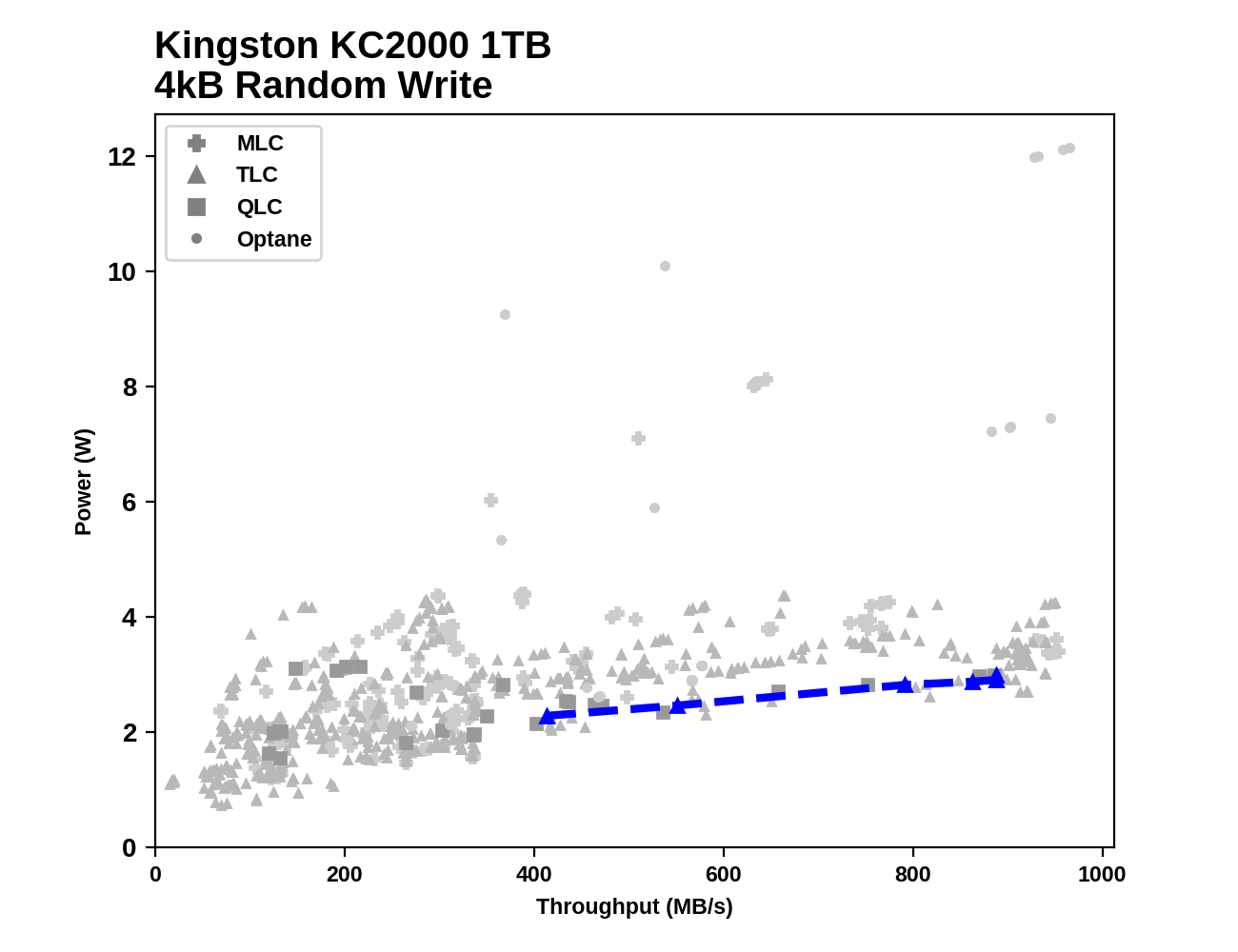 Comparing the KC2000's random write results against the entire database shows that the power efficiency of the KC2000 is quite good, with only a handful of scores from other drives offering similar performance at slightly lower power levels.