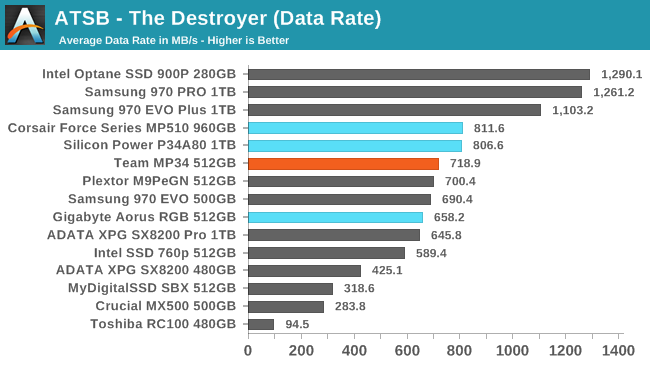 The overall performance of the Team Group MP34 on The Destroyer is the highest we've seen from a 512GB-class drive and a clear improvement over earlier Phison E12 firmware. We haven't tested the latest 500GB TLC drives from Samsung or WD, but even if Phison's latest firmware can't match them it is still competitive. The 1TB Phison E12 drives with older firmware are only about 12% faster overall than the 512GB MP34, so they clearly need to get updated. 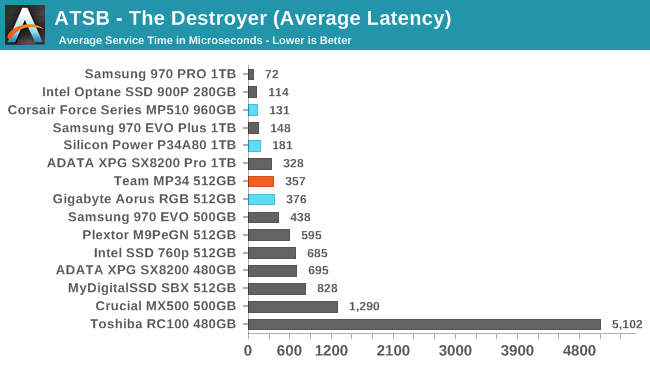 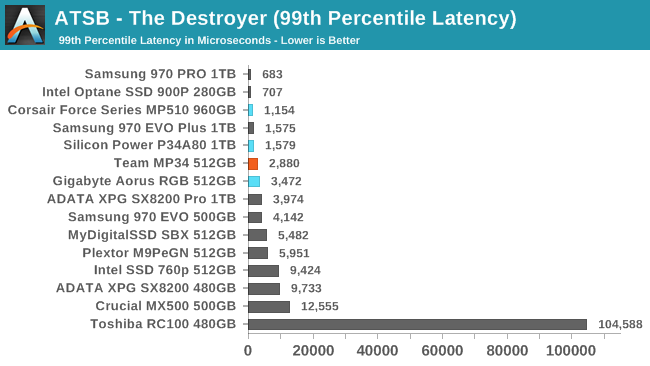 The average and 99th percentile latencies on The Destroyer have both improved slightly for the MP34 compared to the Gigabyte drive with older firmware, but the 1TB class drives still have a larger advantage here than shown on the overall average data rate. 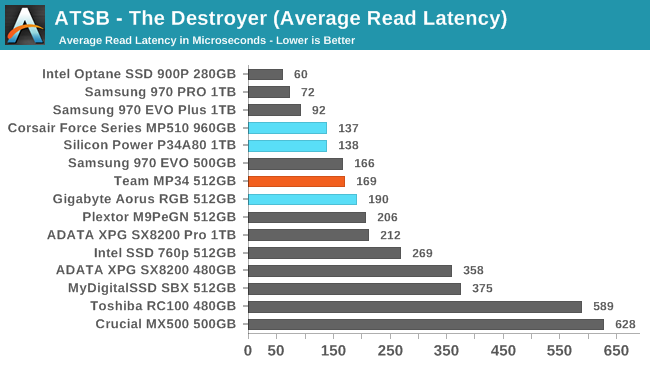 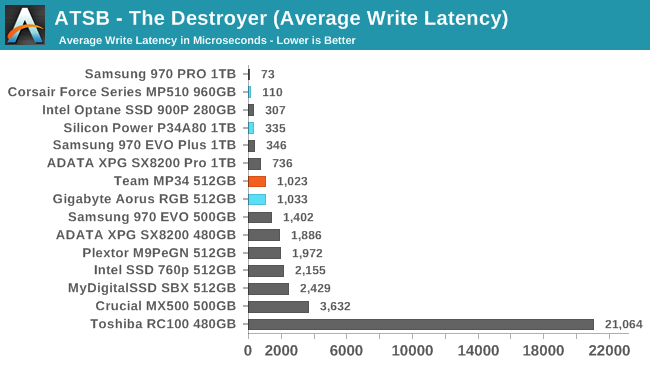 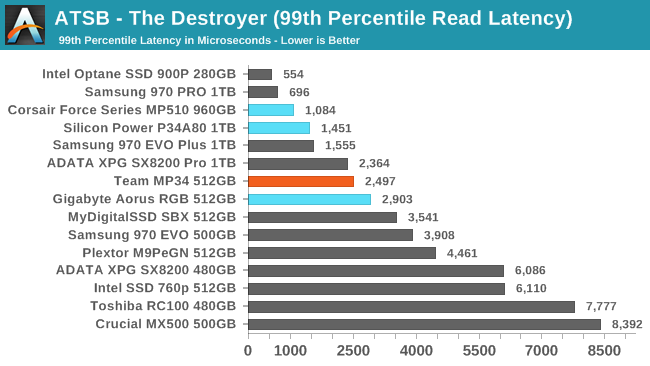 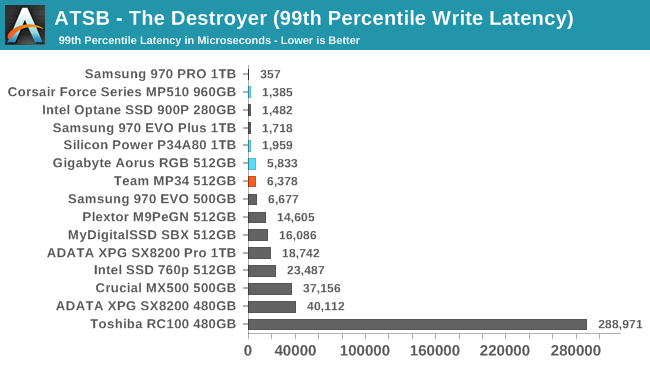 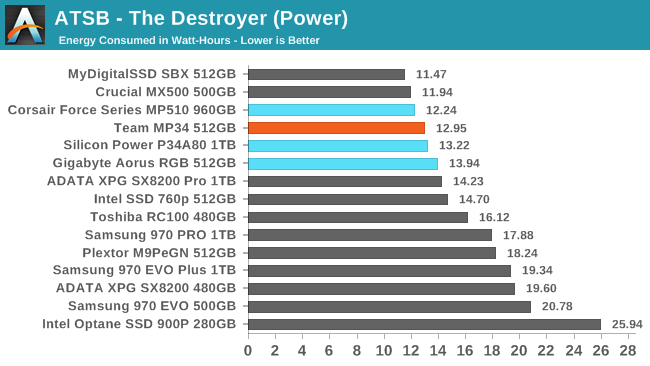 The Team MP34 uses less energy over the course of The Destroyer than any other 512GB-class high-end NVMe drive we've tested, but SATA drives and particularly efficient entry-level NVMe drives are still more efficient overall despite being significantly slower to complete the test.