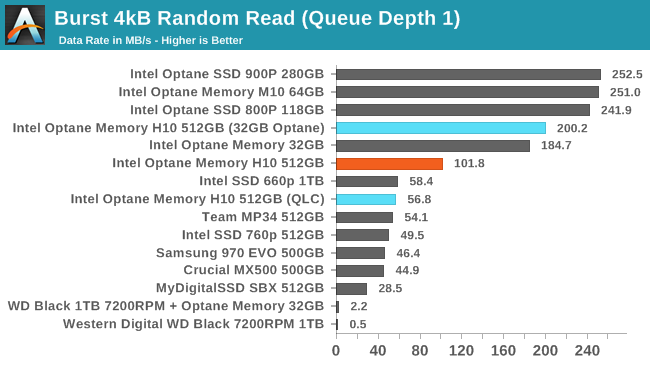 The burst random read test easily fits within the Optane cache on the Optane Memory H10, so it outperforms all of the flash-based SSDs, but is substantially slower than the pure Optane storage devices. 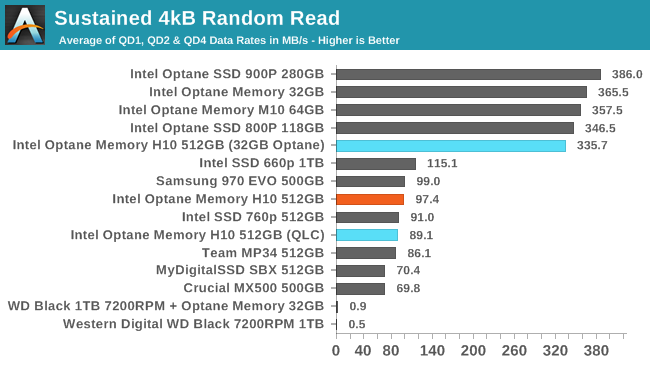 On the longer random read test that covers a wider span of the disk than the Optane cache can manage, the H10's performance is on par with the TLC-based SSDs.

The Optane cache provides little benefit over pure QLC storage at lower queue depths, but at the higher queue depths the H10 with caching enabled starts to develop a real lead over the QLC portion on its own. Unfortunately, but the time queue depths are this high, the flash-based SSDs have all surpassed the H10's random read throughput. 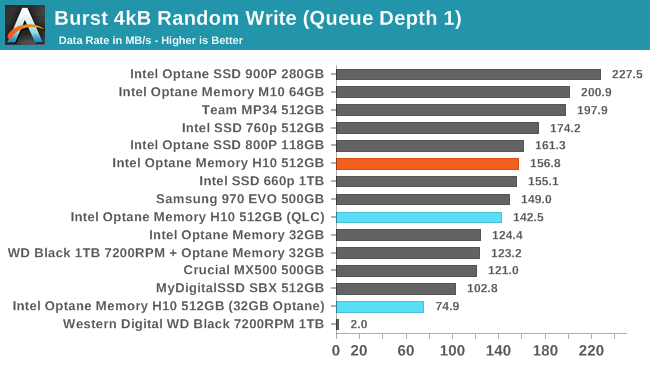 The burst random write performance of the H10 with caching enabled is better than either half of the drive can manage on its own, but far less than the sum of its parts. A good SLC write cache on a TLC drive is still better than the Optane caching on top of QLC. 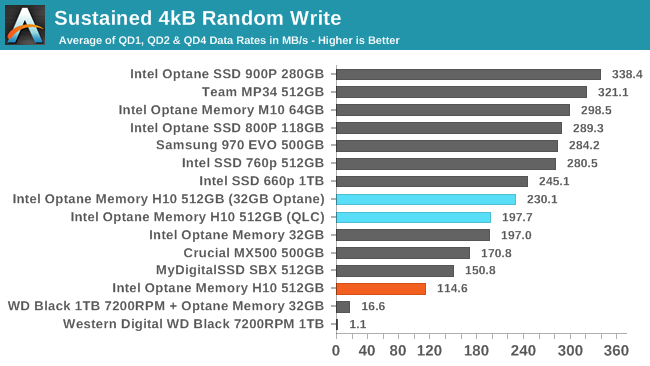 On the longer random write test that covers a much wider span than the Optane cache can handle, the Optane Memory H10 falls behind all of the flash-based competition. The caching software ends up creating more work that drags performance down far below what the QLC portion can manage with just its SLC cache.

Random write performance on the Optane Memory H10 is unsteady but generally trending downward as the test progresses. Two layers of caching getting in each others way is not a good recipe for consistent sustained performance.