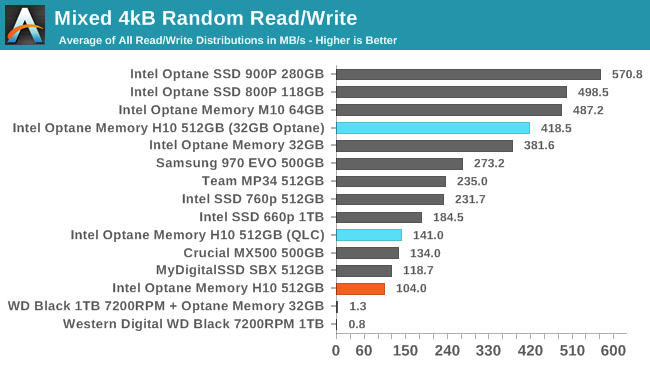 The performance of the Optane Memory H10 on the mixed random IO test is worse than either half of the drive provides on its own. The test covers a wider span than the 32GB Optane cache can handle, so the caching software's attempts to help end up being detrimental. 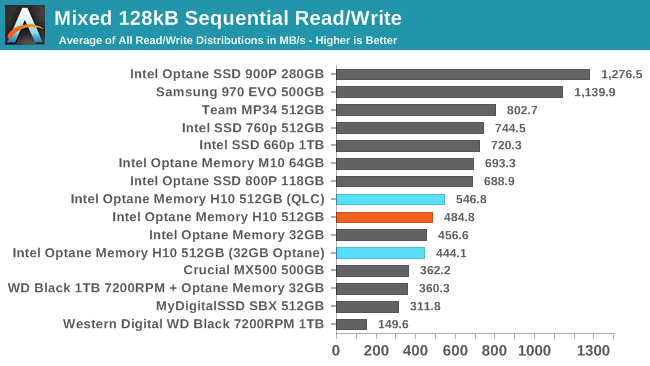 The Optane Memory H10 averages a bit better than SATA SSDs on the mixed sequential IO test, but there's a significant gap between the H10 and the high-end TLC-based drives. This is another scenario where the Optane caching software can't find a way to consistently help, and the H10's overall performance is a bit lower than it would have been relying on just the QLC NAND with its SLC cache.

The caching software contributes to inconsistent performance for the Optane Memory H10 but the general trend is toward lower performance as the workload becomes more write heavy. The QLC portion on its own is able to increase speed during the second half of the test because it is quite effective at combining writes.