Moving on to the camera evaluation, we’re arriving at the main part of this review and certainly the reason most will be reading the article.

As noted in the introduction, the P30s come with vastly different camera hardware, including a new RYYB 40MP main camera sensor. The changes in the sensor colour filter structure are meant to improve light gathering capabilities, but the change to a non-Bayer structure could also have side-effects as in the past we’ve seen camera sensors attempting to employ new structures always fail in regards to artefacts or detail preservation. The sensor is still a 1/1.7” unit, which makes this among the largest sensors employed in smartphones right now, employing 1µm pixel pitches which double up to an effective 2µm pixel size when doing binning in the 10MP capture mode.

Naturally, the new 5x optical zoom module of the P30 Pro will also be an extremely interesting addition to the phone, however the concerns here is exactly how useable it is.

First off, for the sake of brevity and readability, I’ll be focusing on analysis of the new zoom modules and be revisiting the main sensor in the next page.

Diving in directly into the 5x zoom images of the P30 Pro, we see levels of detail before unseen in a smartphone camera. The P30 Pro is the only phone with a telephoto module performant enough to be able to clearly read the text on the memorial, which is quite insane for a smartphone.

The P30 and past Huawei devices like the P20 Pro and Mate 20 Pro do have a 5x zoom factor, however this is a hybrid zoom achieved by their 3x optical modules along with the 40MP main unit. The P30 Pro’s handily beats its predecessors in the resulting detail.

The P30 Pro allows one to go higher in magnification, having even a 10x discrete zoom factor, however under closer inspection of both shots we see that this is merely a digital crop and zoom with no added detail. I would actually even say it’s slightly blurrier due to compression. We’ll get to see that it makes no sense to zoom in further than the 5x optical magnification allowed by the module.

The P30’s 3x optical zoom also isn’t shabby, it’s still far ahead in detail compared to the 2x optical zoom of other smartphones. However both the P30 and P30 Pro’s telephoto modules lack in terms of exposure and colour, resulting in pictures akin to scenarios under cloud-cover, yet these captures were taken in full broad daylight with no cloud in sight. The Galaxy S10s are much nearer to the brightness and contrast of the scene. 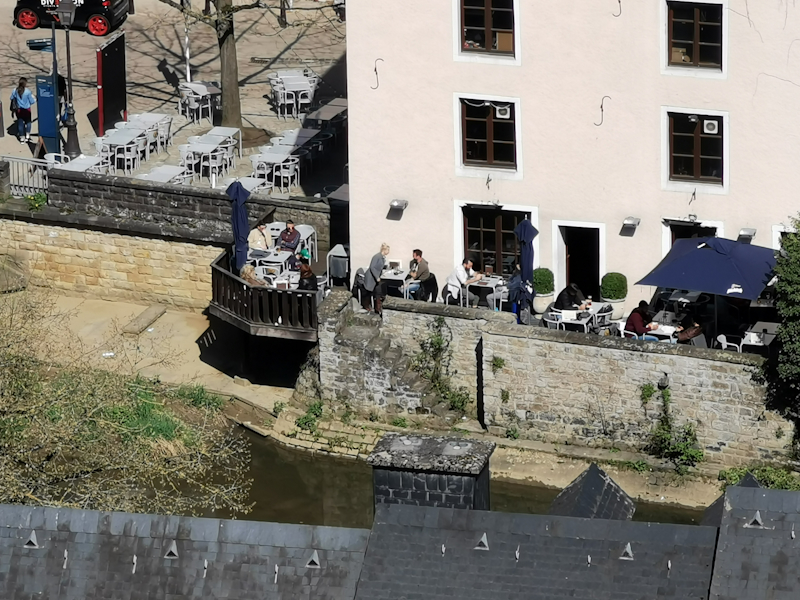 In the next scene, we’re again amazed by just how far the P30 Pro’s camera can see, there is really no contest by any other device.

Again, while there’s an incredible amount of detail, the composition is quite flat with not much resulting contrast. Here we have to take into account the sensor merely has an f/3.4 aperture which doesn’t allow for much light. While lacking in the same amount of detail, the Mate 20 Pro’s 5x HZ picture has much better exposure and colours than both the P30s, and odd result as at least the P30 should have been able to get the same result. 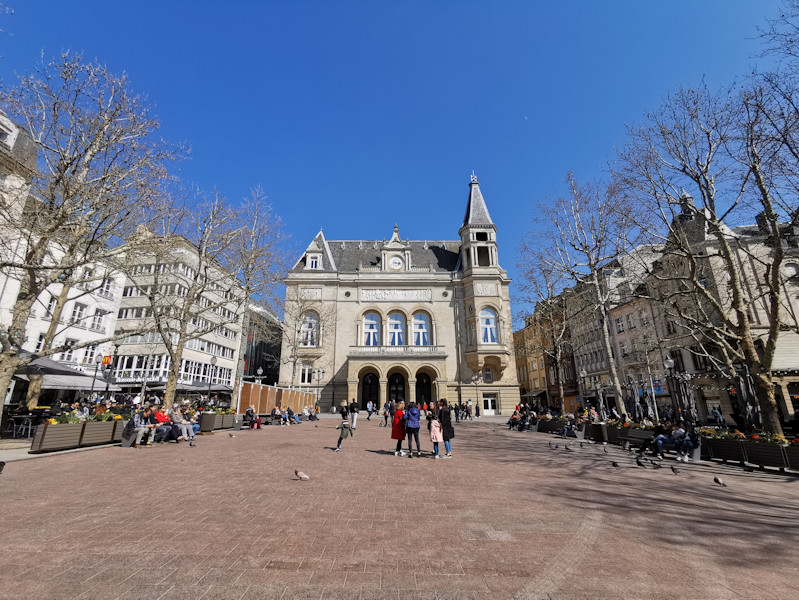 In the next shot, I’m doing a full sweep on the P30 Pro’s cameras, going from wide to 10x digital zoom with intermediate steps. What I was looking for here is how the P30 Pro fares in intermediate digital zoom factors such as 2x or 3x, before it is able to switch over to the telephoto lens. At a 2x digital zoom / crop, the 40MP sensor of the P30s still manage to get excellent detail rivalling the 2x optical modules of the competition.

It’s only at 3x digital zoom where the P30 Pro evidently falls behind the P30 and Mate 20 Pro’s 3x optical modules. However what this means is that between 3x to 5x zoom factors, the P30 Pro will take worse pictures than its siblings, only regaining the upper hand after going 5x.

I think this very much limits the real-life advantages of the P30 Pro’s 5x optical zoom, as you don’t always want to have such a large magnification. Although not completely perfect, I was surprised how the phone handled 2x and 3x even though it doesn’t have dedicated modules at these levels. It’s a striking difference to look at the P30 Pro’s 3x zoom compared to the Pixel 3’s 3x digital super zoom – both are just cropping on their main sensors, but Huawei’s 40MP unit is just captures that much more detail. 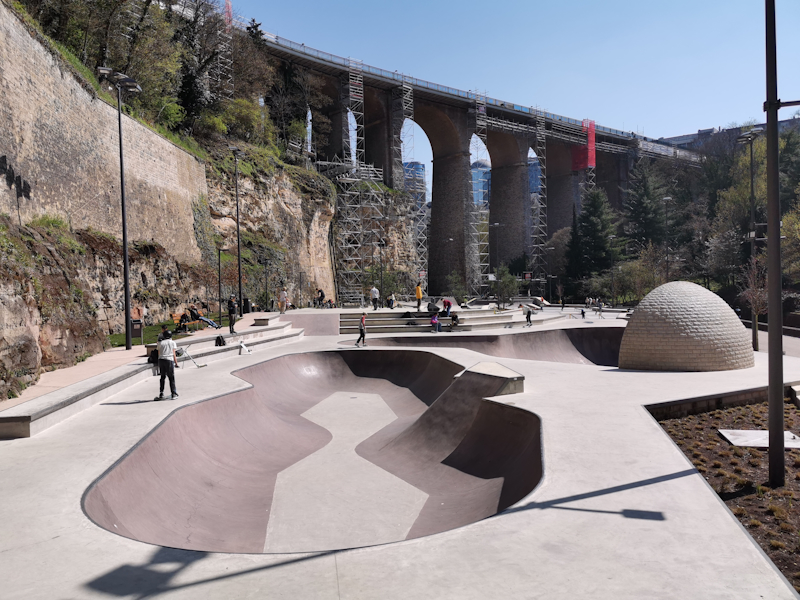 Moving on to talk more about the wide-angle sensors, we see the P30 Pro and P30 as being great additions to the capture experience.

It’s to be noted that on the above shot I saw again very large processing differences between the P30s and the Mate 20 Pro. The latter here has significantly better dynamic range and textures, even though the highlights are a tad too reduced. Extremely high brightness scenarios such as this sun-lit day are extremely tough on the camera processing as the algorithms need to decide what to expose for – in this case it was better to expose for the darker regions in the shot, such as on the Mate 20 Pro. Here both P30s also fare worse than LG’s or Samsung’s wide angle lenses. 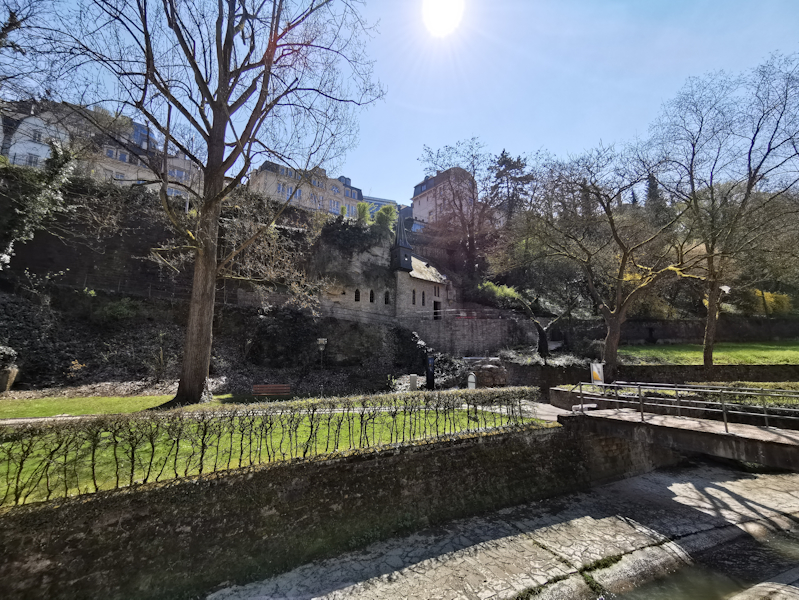 While the P30s failed in the last shot, in this scene with the sun in direct view, the Huawei devices are doing much better. While not showing the same dynamic range as the S10s, they both have better detail in their wide camera modules. The P30 Pro in particular seems to be able to have great optics as it avoids any lens flares, on the opposite side of the spectrum LG’s wide angle modules have extremely noticeable optics related flares. 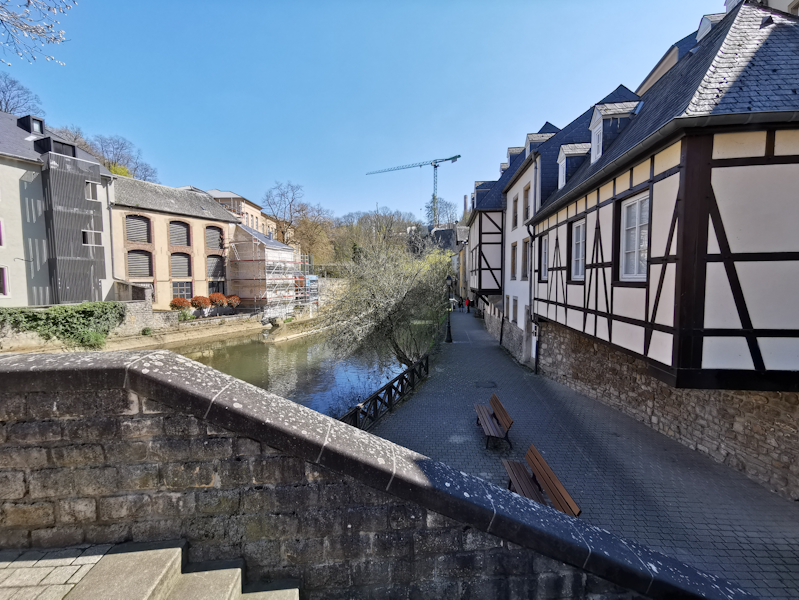 Here it’s again to see the odd large processing difference between the P30 Pro and Mate 20 Pro, even though on paper the shots should be equal. The P30 Pro in this case has the better colour balance and rendition, and the P30 largely shares the composition. The P30 does have less dynamic range here and this likely due to having a lesser sensor.
Battery Life Camera - Daylight Evaluation: Dynamic Range & Detail
Tweet
PRINT THIS ARTICLE
POST A COMMENT