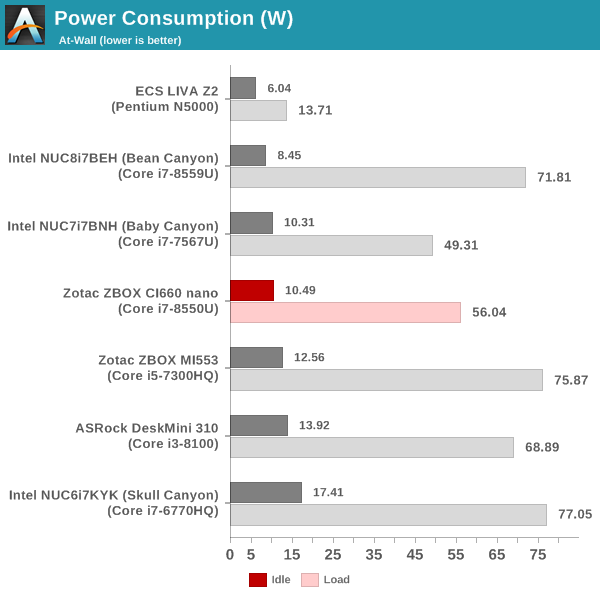 As we see further down, instantaneous peak power consumption at the wall can go as high as 80W. The above numbers (particularly, the idle power consumption) are a tad high, given the fanless nature of the system. Other than that observation, the numbers go hand-in-hand with the system's capabilities. 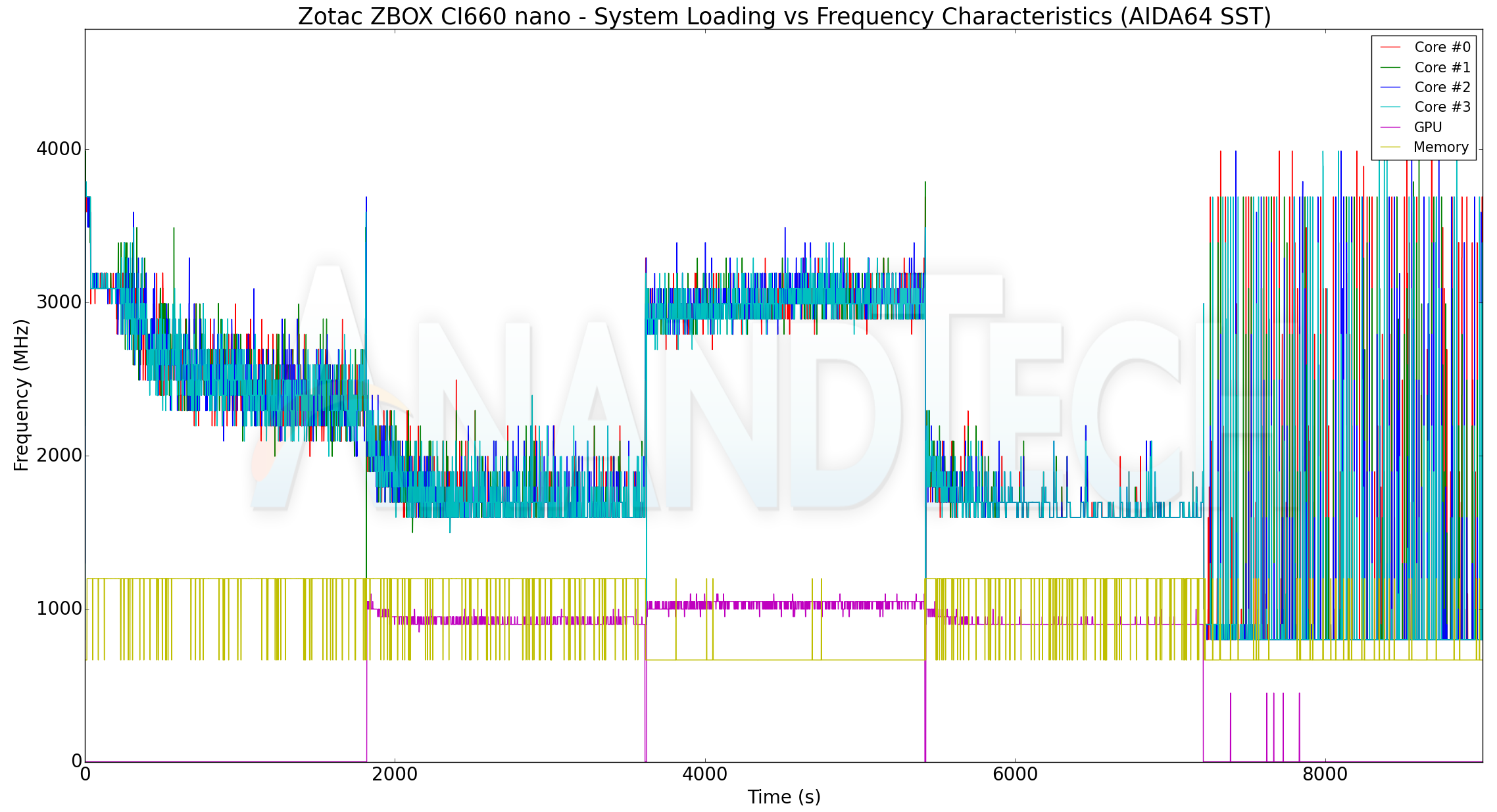 The Core i7-8550U has a base frequency of 1.8GHz, and can turbo up to 4 GHz. In the AIDA stress tests, we can see that processor maintains a minimum 1.8 GHz clock under all loading conditions. However, the same can't be said for our custom stress test which starts with Prime 95 for 30 minutes, followed by both Prime 95 and Furmark for 30 minutes, and ending with Furmark alone for another 30 minutes. Towards the middle of the second workload, we see the cores drop down to around 1.5 GHz in the graph below. 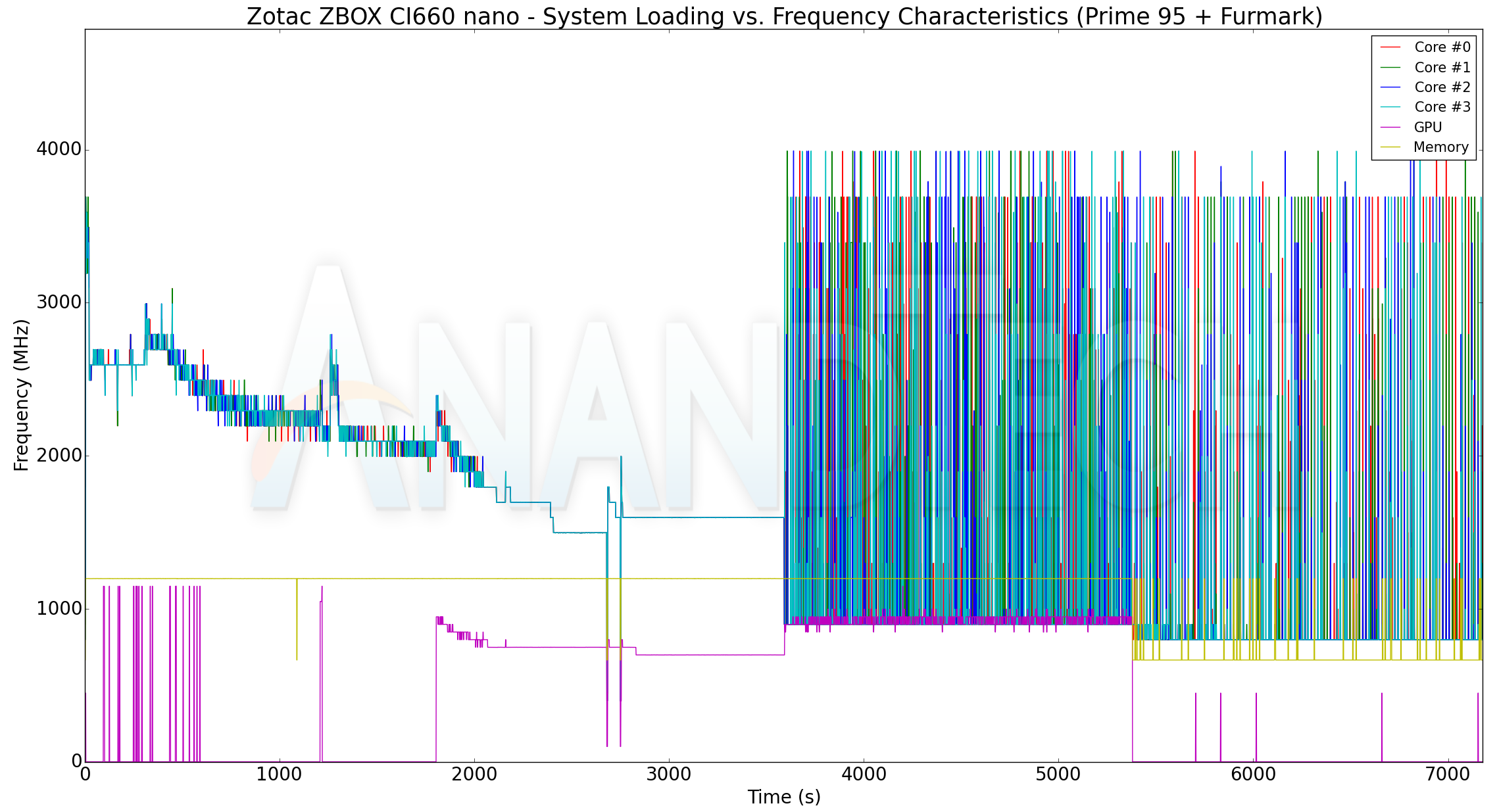 The temperatures are the second item of interest. According to official specifications, the junction temperature of the Core i7-8550U is 100C. However, Zotac seems to have taken the safer route of throttling the performance as soon as the cores hit 85C. What does this throttling entail? The power graphs for the two cases above provide the answer.