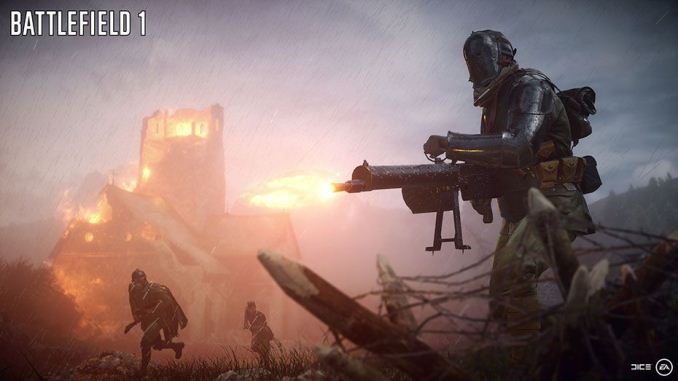 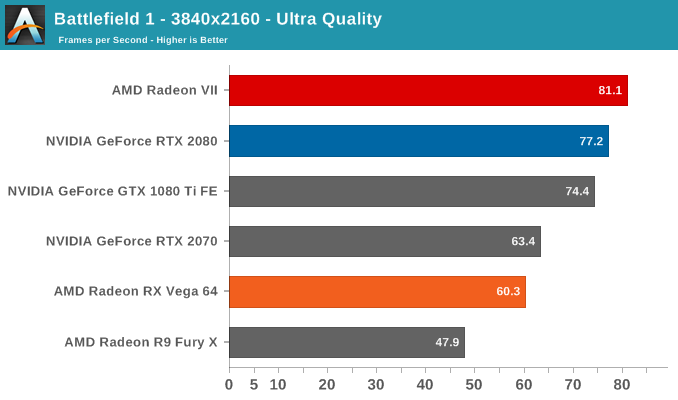 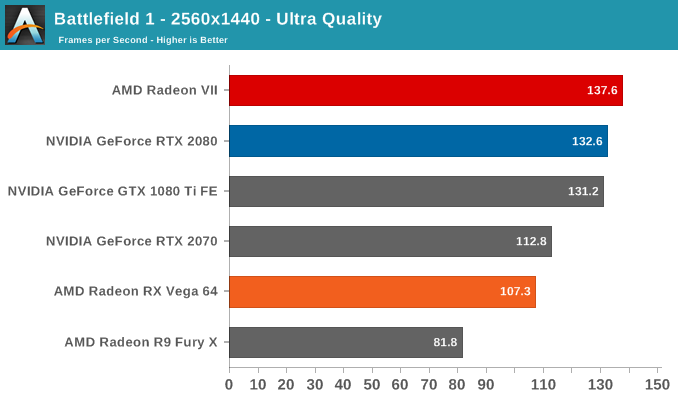 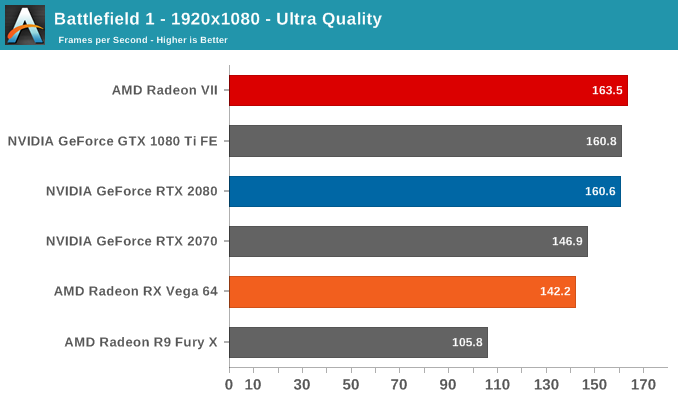 Our previous experience with Battlefield 1 shows that AMD hardware tend to do relatively well here, and the Radeon VII is no exception. Of the games in our suite, Battlefield 1 is actually only one of two games where the Radeon VII takes the lead over the RTX 2080, but nevertheless this is still a feather in its cap. The uplift over the Vega 64 is an impressive 34% at 4K, more than enough to solidly mark its position at the tier above. In turn, Battlefield 1 sees the Radeon VII meaningfully faster than the GTX 1080 Ti FE, something that the RTX 2080 needed the Founders Edition tweaks for. 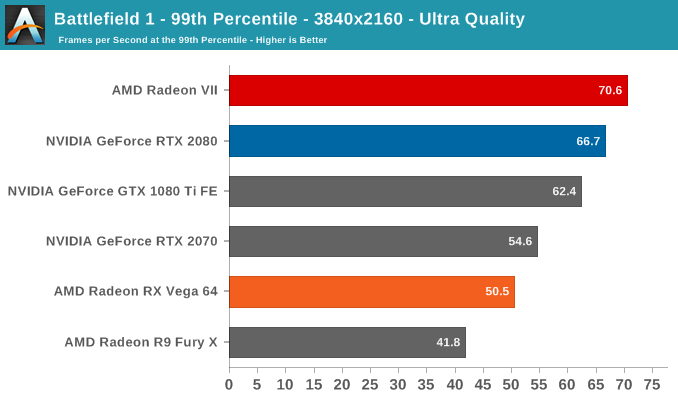 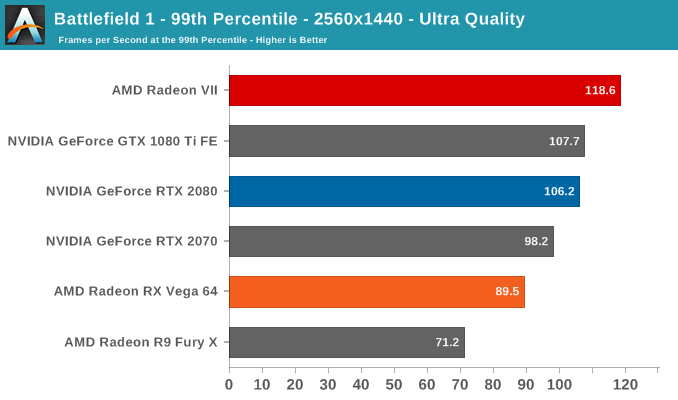 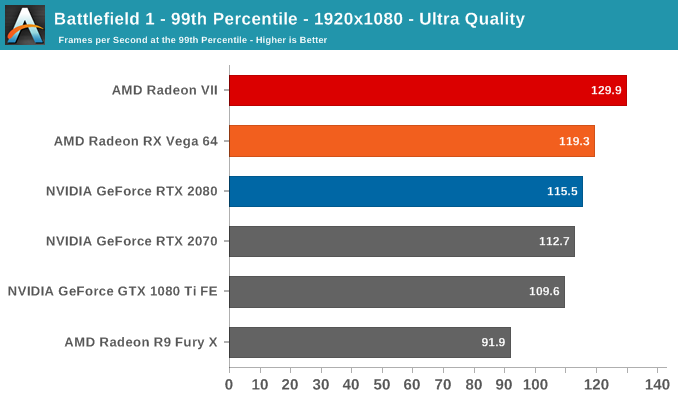 99th percentiles reflect the same story, and at 1080p the CPU bottleneck plays more of a role than slight differences of the top three cards.